In previous console generations publishers would have big releases aimed squarely at the kids market, most of them mainly film tie ins.  Without exception these were all terrible, couple this with the rise of smart phones and the kids market sort self imploded.  In many ways LEGO games are the last of the big budget kids games, a dying breed, and while they attract a lot of flak for being easy or repetitive they are still very popular.

LEGO Marvel Super Heroes 2 is a sequel to one of the better LEGO games, and I can understand why it would reuse the same name, even though it shares no story similarities. The first LEGO Marvel Superheroes was released in 2013 but still plays really well with a big open world and loads of Marvel characters, many of which I’d never really heard of before.  In many way the biggest similarity between the two games is their emphasis on the lower tier Marvel characters and with hundreds of characters to choose from this is a big emphasis. 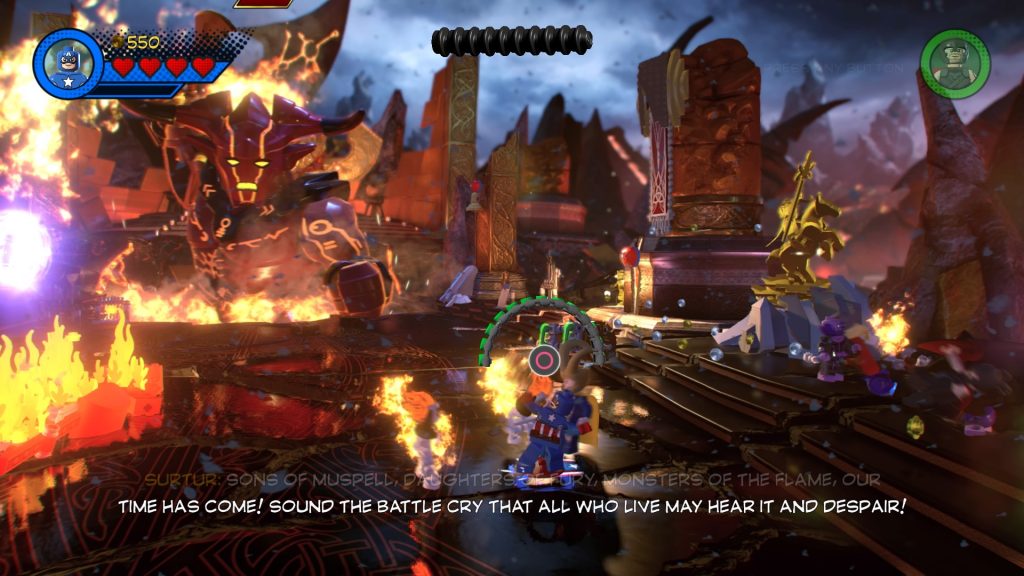 If you’ve ever played a LEGO game developed by Travellers Tales then you’ll know what to expect here as the formula is very much the same.  For those who haven’t this is a character driven adventure game with a low difficulty bar and aimed at the children’s market.  Most of the time will be spent running round story based, or open world, environments breaking everything you see and collecting LEGO Studs in order to unlock new characters. Things are made purposely accessible here with no real punishment for death and streamlined controls.

The story follows an invasion by Kang the Conqueror who has managed to squish together a range of time zones into one arena location. This is basically an excuse to have areas based on different marvel properties such as the wild west, medieval England and a version of the future where the baddies from Hydra won.  Whilst this may be complicated to fully explain it does make for a varied and enjoyable environment to play in. 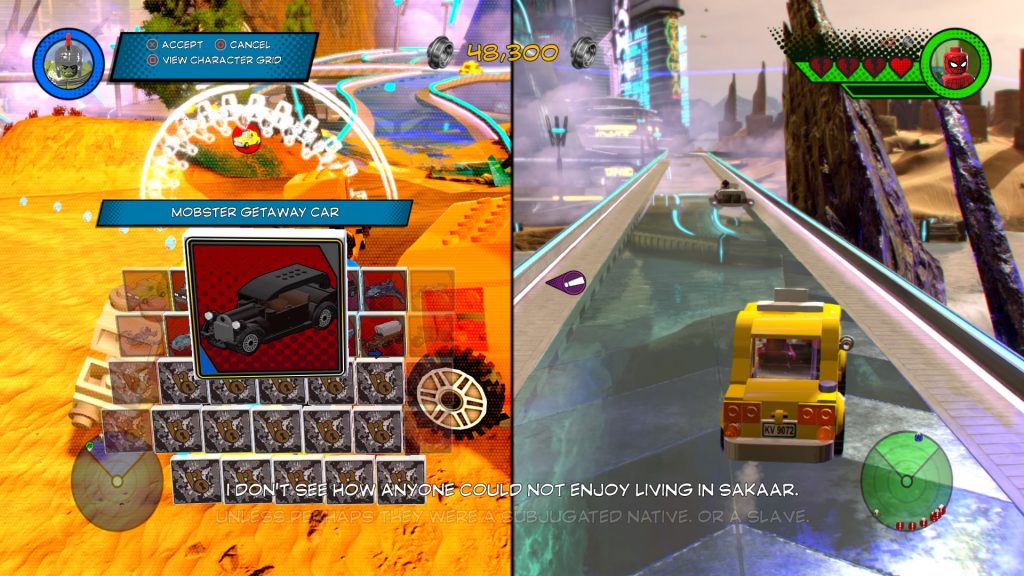 I’ve mentioned above how the focus in this game is on the lower echelons of the Marvel characters, and in many ways this is its main strength.  Whilst the big hitters like Thor and Iron Man drive the main thrust of the story, every level seems to introduce a new character and lets you play as them as they complete their own personal heroic endeavour.  These lesser known characters all get a moment to shine as the heroes they are and all bring different abilities, and voices, to the fray.  It really is exciting and funny to see all these old characters given a decent outing.

LEGO Marvel Super Heroes 2 is sort of a game of two halves.  The first is a tightly focused story where you are chaperoned between levels and have to use set characters to complete these.  These story missions involve lots of puzzles and plenty of platforming. The majority of these levels are geared around boss fights which now seems to be the games focus. These fights are both interesting and different to play, often having a puzzle element to them. The levels can also vary in length with some over very quickly indeed. 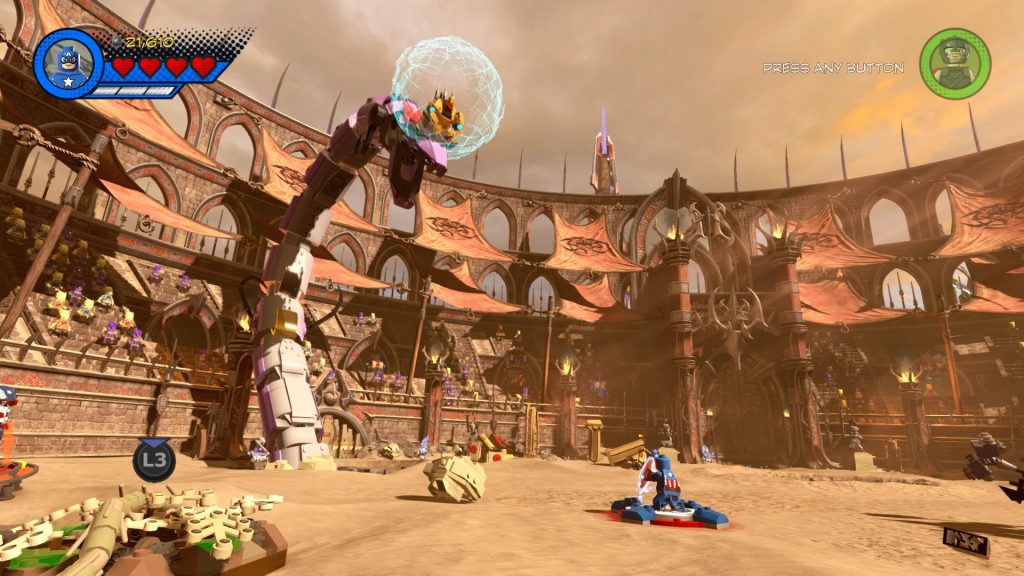 The other half of the game is post credits when the open world is freely available to explore and you’ve the choice of using any character you’ve collected, and can go back and use these in the story levels.  This is where the game revels in playing around with tonnes to do and unlock. This big open world is packed full of collectibles and side quests and is really well put together. Completing the story missions will probably see you through around ten hours or so, dependant on skill level, but the post credits open world stuff will keep you going indefinitely.

Whilst the game may be aimed towards children, there is an awful lot going on.  From characters who can fly in full 3D to a deceptively involved combat system. It feels like each character has a different skill set, and whilst they all share the same basic jump and attack, they have a range of secondary skills. Players experienced with other action combat games will think everything is pretty simplistic, but I imagine the younger player could struggle with some of the intricacies. 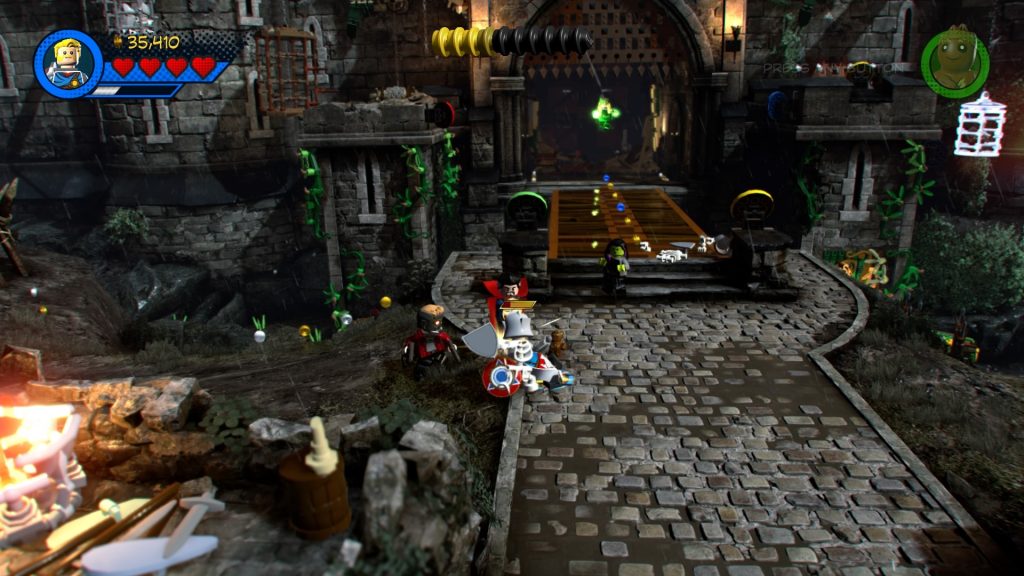 One of the big positives of the LEGO games is the drop in drop out co-op player, and this this all present here. The only slight niggle is some poor performance during co-op in the open hub world where the frame rate can drop substantially, I’m playing on a base PS4. This isn’t really enough to stop you enjoying the game but it is noticeable.

Overall LEGO Marvel Superheroes 2 is one of the better LEGO games. The range of characters available is staggering and the attention to detail is to be applauded. Whilst the range of actions and movement abilities may cause problems for younger players, the ever present co-op is a wonderful addition to help younger players out. This is a great big package of a game and loads of fun to play.

LEGO Marvel Superheroes 2
7 Overall
Pros
+ Roster of characters is amazingly detailed.
+ The combat focus of the levels is great with excellent boss battles
+ Massive engaging open world to explore.
Cons
- Some slow down when playing co-op in the hub world.
- Combat abilities could be too complex for younger players.
- Doesn't offer much of a challenge for experienced players.

Summary
LEGO Marvel Superheroes 2 is one of the better LEGO games. The range of characters available is staggering and the attention to detail is to be applauded. Whilst the range of actions and movement abilities may cause problems for younger players, the ever present co-op is a wonderful addition to help younger players out.