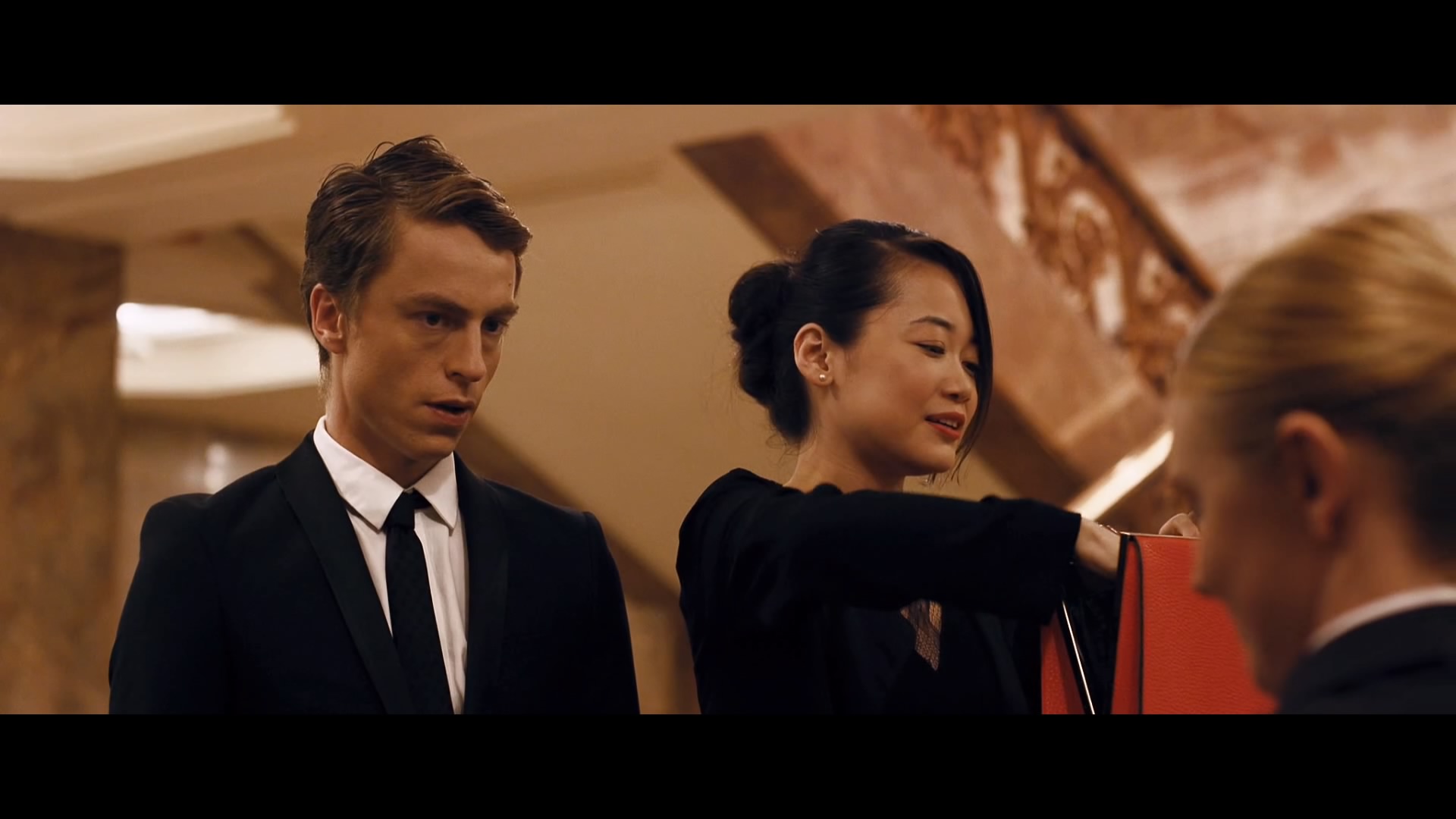 Full motion video always carries a nostalgic reverence and charm, these days. Wales Interactive are looking to benefit by presenting Late Shift. Focusing a touch more on being a film equivalent of a Choose Your Own Adventure book, this provocative mix of game and movie is trying to deliver something different with regards to storytelling in games.

The plot begins simply enough. Matt is a London car park attendant just starting his titular Late Shift. He’s a number nerd who finds himself up to the armpit in crime after a spot of bother. It escalates quickly with our hero stumbling further and further into the London underworld and, whilst it all moves swiftly, it does keep things interesting and it becomes genuinely fascinating to see where the night takes you. 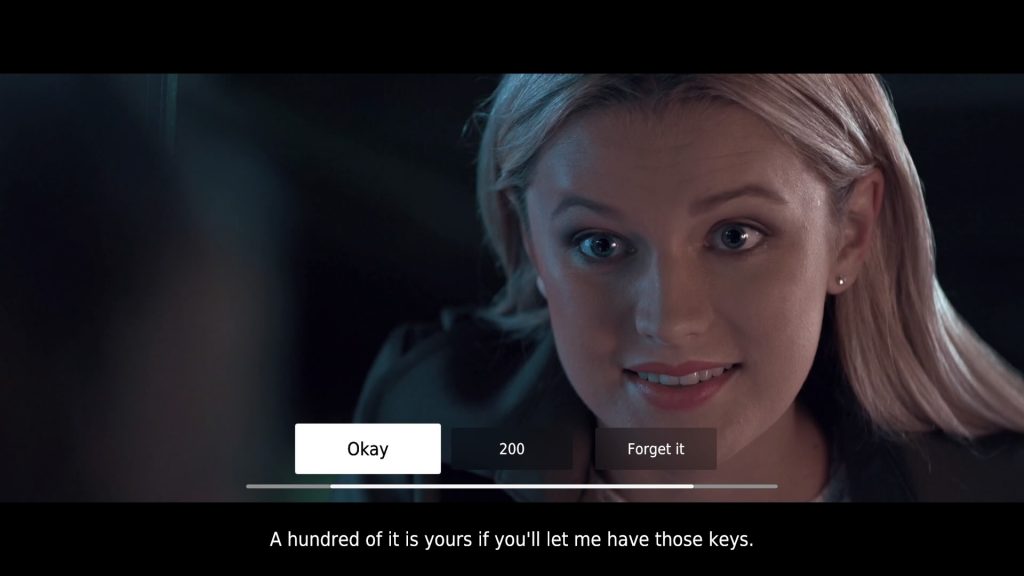 Consider Late Shift an interactive movie. You direct protagonist Matt through his hectic night by making numerous decisions. Some of them are simple binary choices with genuine consequence whilst others can provide character moments. You interaction with proceedings is minimal with multiple choice answers placed at the bottom of the screen for you to consider. It’s light and doesn’t prevent you from following the narrative. You need to react quickly to every given choice. Timers are short, plentiful and add pressure to every branching point. It helps imply a genuine sense of urgency.

Urgency that can sometimes come at a cost. Whilst it’s great to feel placed under duress to make a snap, make-or-break decision, the actual film suffers a touch. There’s not a lot of time to breathe or settle. There’s a couple of quieter moments but they’re interrupted all too frequently by the next crucial decision. When trying to consider performances in Late Shift, I’m left looking at the protagonists as the only ones who get considerable screen time. The more experienced actors seem more assured than their younger leads but they have screen time you can measure easily in single-digit minutes. 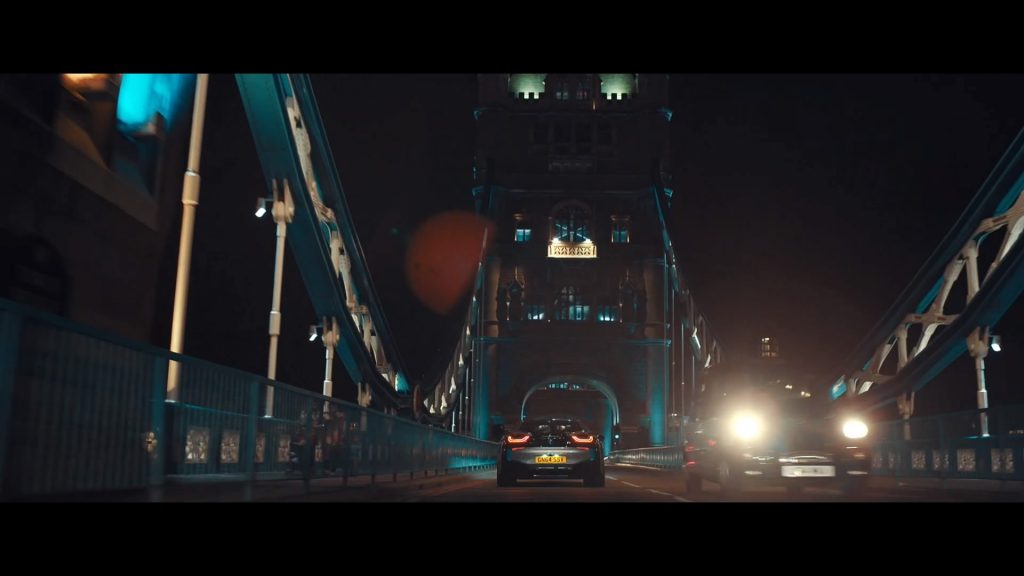 Choices themselves are delivered with a fair amount of weight and significance. They can and often do lead to different chapters. The branching nature of the narrative provides some of Late Shift’s more impressive moments. The way scenes are spliced feels natural, like another cut of the same movie. You can imagine how much consideration has to be taken to ensure the decisions you make doesn’t lead to many jarring cuts. A couple of moments do slip by where the editing isn’t so precise and the seams are out on display. On the whole, the philosophy of making this a movie first and a game second, lends to a coherently presented story. 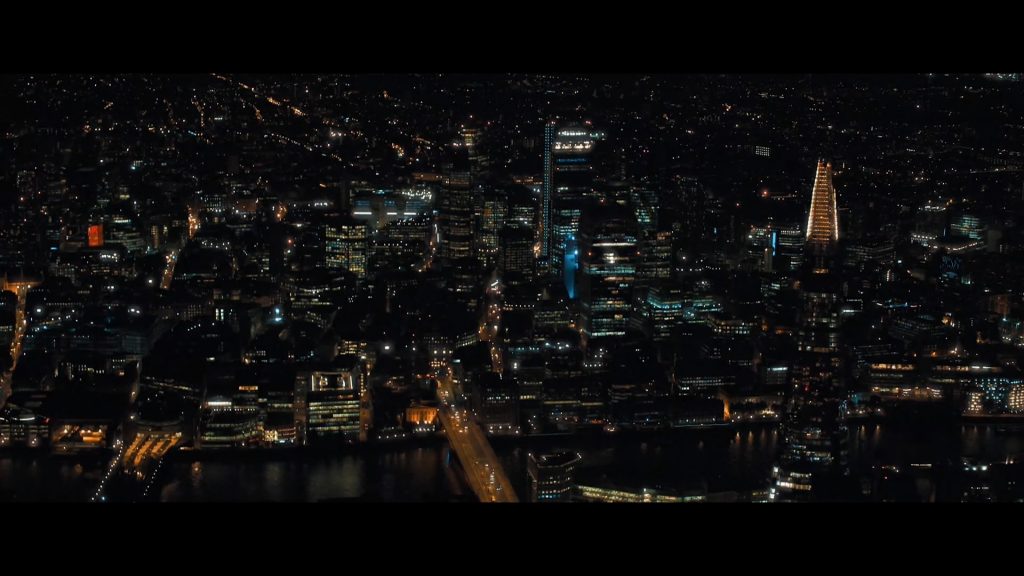 It’s slickly shot with a decent, tense soundtrack that helps add to a hectic atmosphere. It’s relatively well acted, too. I have my doubts about the ‘fish out of water’ lead. His earlier lines feel like he’s rushing through them and, whilst he does seem to settle as the game progresses. Maybe he’s compromised by having to be something of a blank slate. With the player providing his actions and motivations, there’s not a whole lot for him to provide. The opening salvo does give the opportunity to add to Matt’s character but, as events colour the experience more and more, he’s left to just react to things without entirely feeling like he’s reacting under his own steam.

It’s all over within ninety minutes and there’s several different endings across fifteen chapters to discover.  Dialogue from Matt can shed light on some of the content you may have missed although, I’m starting to wonder where the ending’s branch off from. Given that all my runs have been roughly the same length of time, it’s reasonable to assume the crucial split to get a new ending comes late in the day. It’s nice to see other characters react or call back to your previous decisions. Again, that speaks to how well this product was constructed.

Sadly, the lack of any saving means having to play the movie out in a single session. If you want to see how a decision could’ve played out, you’ll have to wait until the next playthrough. I want to go back to unlock the remaining endings and scenes but I don’t quite have the impetus to watch a film yet again for the sake of five minutes of unseen footage. Completionists might find this a grind. It’s probably best to leave some time between revisits. 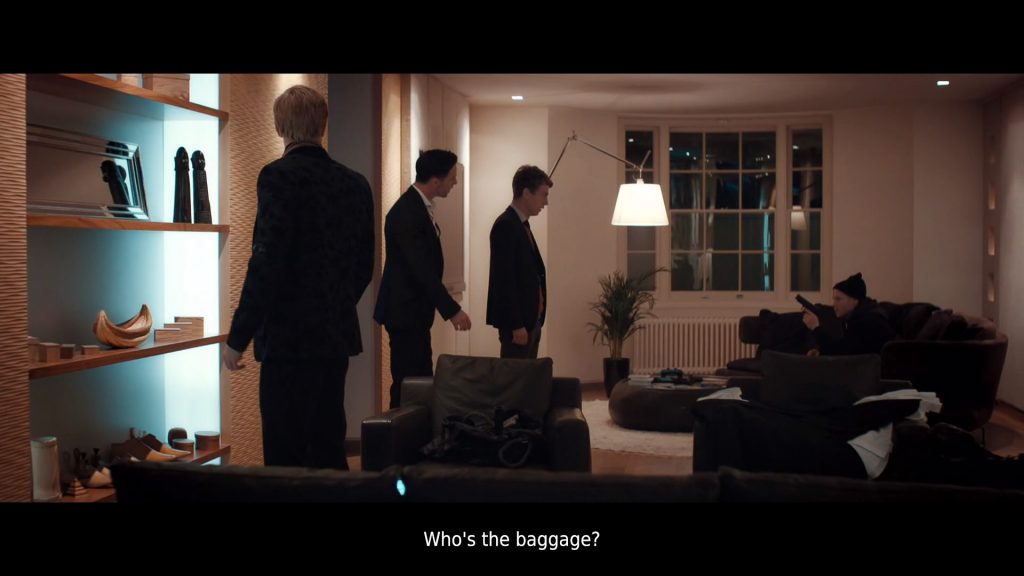 Late Shift‘s ambitions seem slightly undercut by it’s chosen medium. It certainly weights itself more towards film but the interactive nature and persistent need for player choice prevents it from delivering a thrilling film with characters you can invest in. The branching plot does offer opportunities to see something new on repeated visits, if you can handle the wait to get there.

Late Shift
6 Overall
Pros
+ An interesting, ambitious idea.
+ A film that's well shot and reasonably well acted.
+ Choices have a real significance.
+ Branching pathways that lead to new scenes.
Cons
- The breakneck pace leads to the actors feeling somewhat underdeveloped.
- Feels compromised as a game and as a film.
- A lack of saving may test your patience.
Summary
Late Shift is an interesting mix of game and movie that seems caught between two stalls. Whilst the movie is shot nicely and the plot is enjoyable, operating Matt as a blank canvas stifles some of the acting on offer. It's an intriguing idea that doesn't impact as it should. If nothing else, this is an admirable, ambitious curiosity that may pave the way for something better.