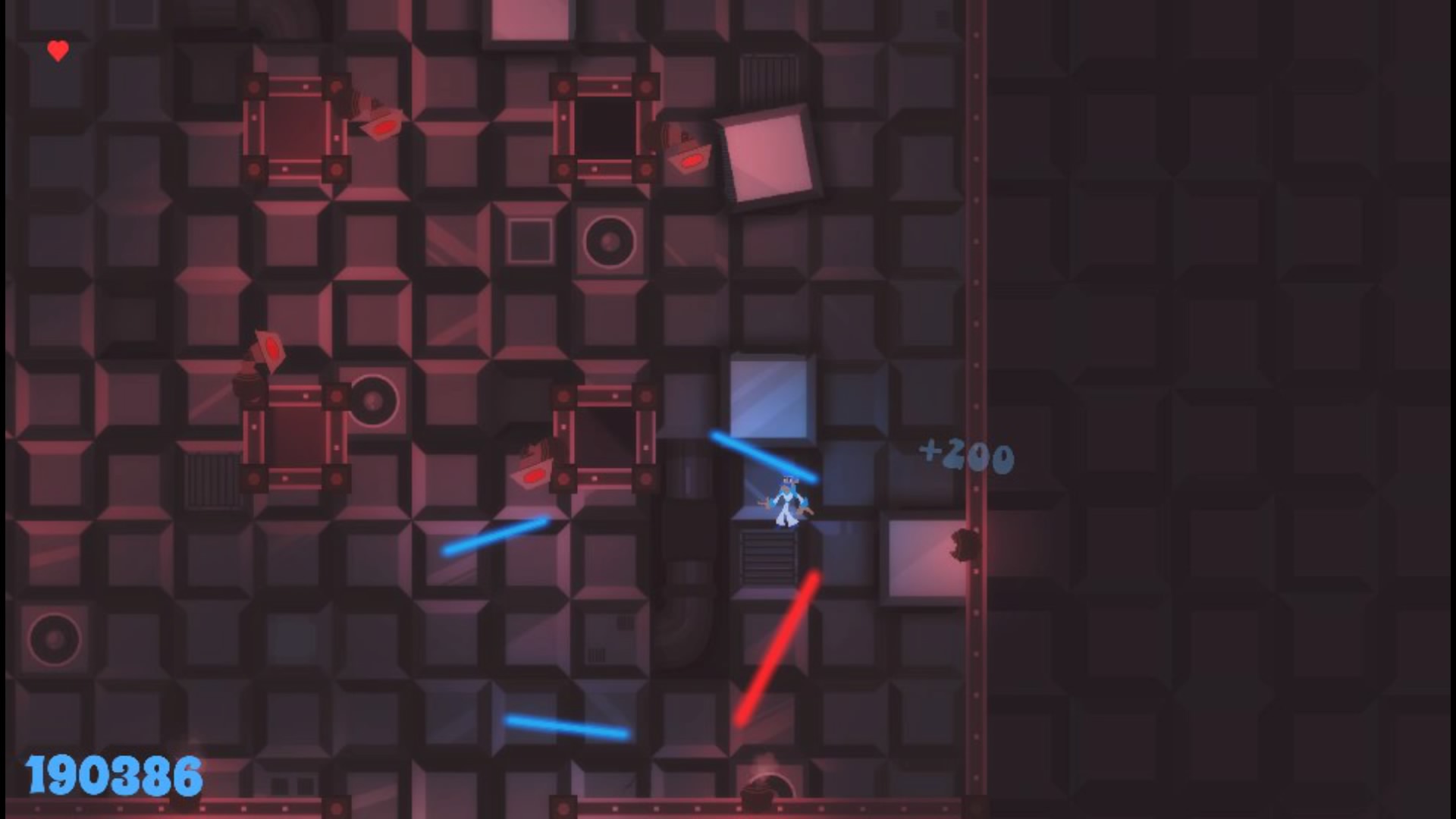 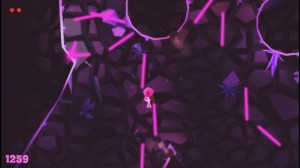 I love music, and last September a DJ saved my life. He was only a tiny dancer, but to see him move you’d agree he was the greatest dancer. I didn’t really know whats going on, but he said he was lost in music. It was clear he was struggling just stayin alive and wanted help to turn the beat around. I looked him in the eyes and told him I will survive. Its time to dust your platforms off, backcomb your hair , get your disco clothes on, and blast some lasers in this delightful 1970s inspired twin stick shooter.

In Laser Disco Defenders everything is styled like its straight out of the 70’s, with a brilliant retro futuristic feel to it. This filters down to the music too which has a sort of electro disco feel to it. As with other shooters you control your character with the left stick and aim with the right stick. Shooting is mapped to the shoulder button, and you don’t automatically shoot in this game which is a good thing. Whilst this is perfectly suited to the Vita, there is a planned PS4 release in the works, which will open this up to a much larger audience.

The reason this is a good thing is that each laser either you or your enemies shoot stays in the level, just bouncing off the walls and ricocheting around for ever. It pays to be frugal with your shots here. Start blatting out loads of lasers and before you know it you’re into a self-inflicted bullet hell. This gives the whole game an unexpected dynamic, it’s less about the frenzy of avoiding waves of enemies and more about planning and precise use of your lasers. 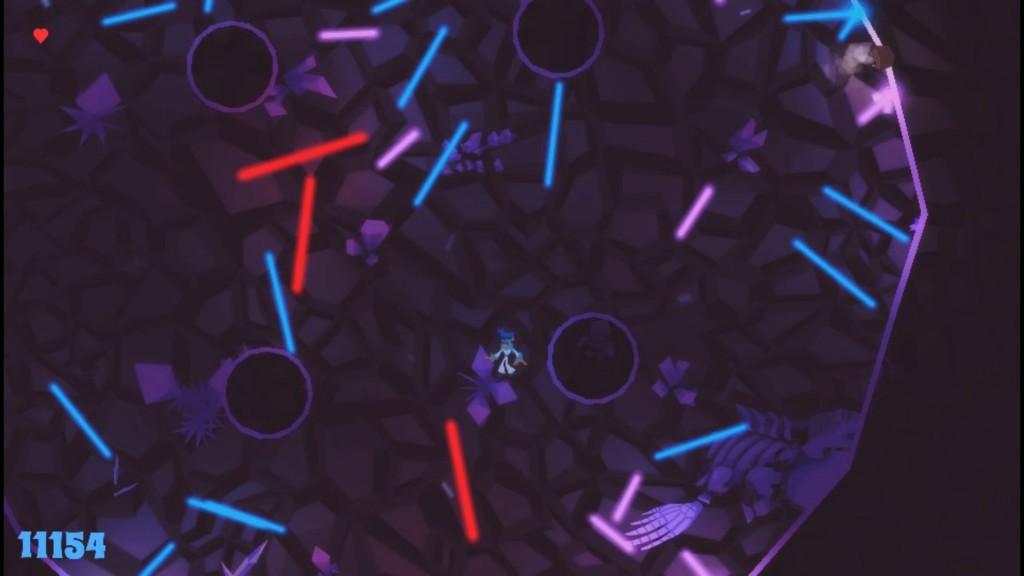 The game uses procedurally generated random levels. Whilst the art style is fine in this game, the fact the levels are random mean they end up looking a tad bland. So on the one hand you have decent character and enemy designs, but on the other the levels all end up looking samey. Later levels introduce a new background and style, but the introduction of these always comes at the same point in the game, although individually they are still randomly generated. Probably as a result of this the graphics also look a tad simple, a wireframe cave with not much else going on. 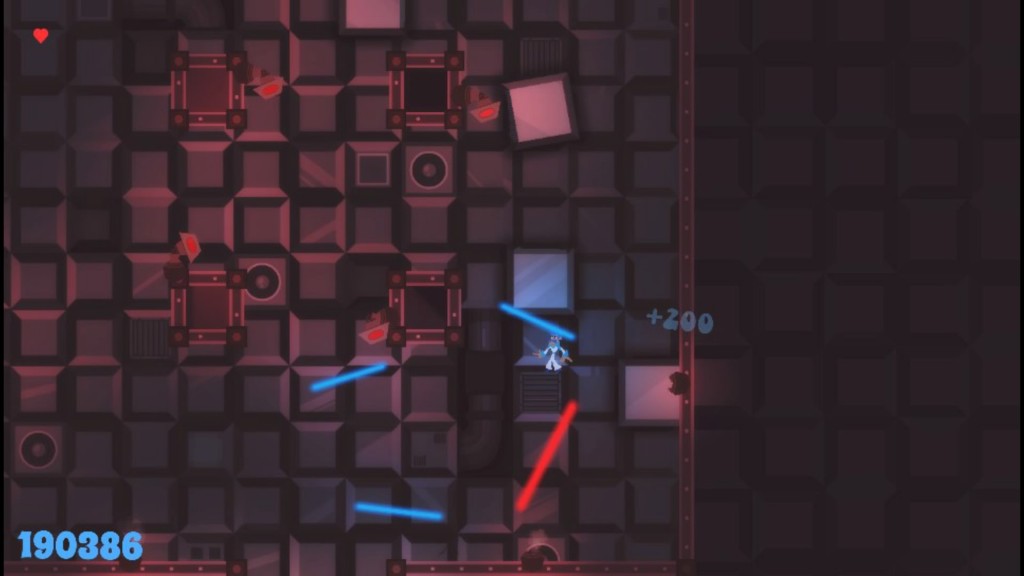 This is the trade off between random generated levels, they all tend to look the same. However I feel this trade works in Laser Disco Defenders. Each level is short enough not to drag, and the variety of enemy placements as a result of randomness really keeps you on your toes. As a skill based game the random levels mean you can’t rely upon learning them by rote, and the way you improve is therefore down to a genuine improvement in your own skill.

You take control of one of four astronauts on a mission to save the galaxy with their funky disco beats. Each character is handles differently with a noticeable difference between the slow with lots of health Mr Baker, or the fast but low health of Liz. On top of this you can also unlock new outfits and accessories as you progress. Not only do these accessories change the game slightly by giving you different abilities such as more lasers, or an aiming reticule, but they also look different if applied to the each character. It is the touches like this which give the game bags of character.

Movement is by rocket boots, so there is a thrust mechanic here, let go of the left stick and you’ll gradually fall back down to the ground. As you aim with the right stick you get a series of circles which allow you line up your shots, which helps to keep the bouncing lasers to a minimum. Brilliantly the game does all it can to increase the number of lasers bouncing round you. Each level is littered with environmental hazards needing to be destroyed, some of which release lasers when shot. There is also some nefarious enemy design going on with enemies able to rebound your shots, or shoot multiple lasers at you. Dodging the lasers is a lot of fun, and the controls work well here. 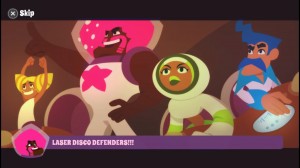 Laser Disco Defenders does a lot of things right. It takes a novel twist on the twin stick shooter, and adds lashings of character to it. Whilst not without flaws, these are easily out weighed by the good. Perfectly suited to the handheld nature of the Vita, this is a easy game to recommend.

Laser Disco Defenders
7 Overall
Pros
+ Great idea of having your lasers bounce back + Nice visual style + Decent level of challenge
Cons
- Random generated levels result in the levels looking the same - Not as proficient as some other twin-stick shooters - Graphics are a tad simple
Summary
There are a lot of twin-stick shooters out there but Laser Disco Defenders manages to stand out thanks to a clever game mechanic where your bullets start to add to your problems. Add in the funky '70s vibe and this ends up being an enjoyable, if averagely-produced, way to fling a few bullets around.