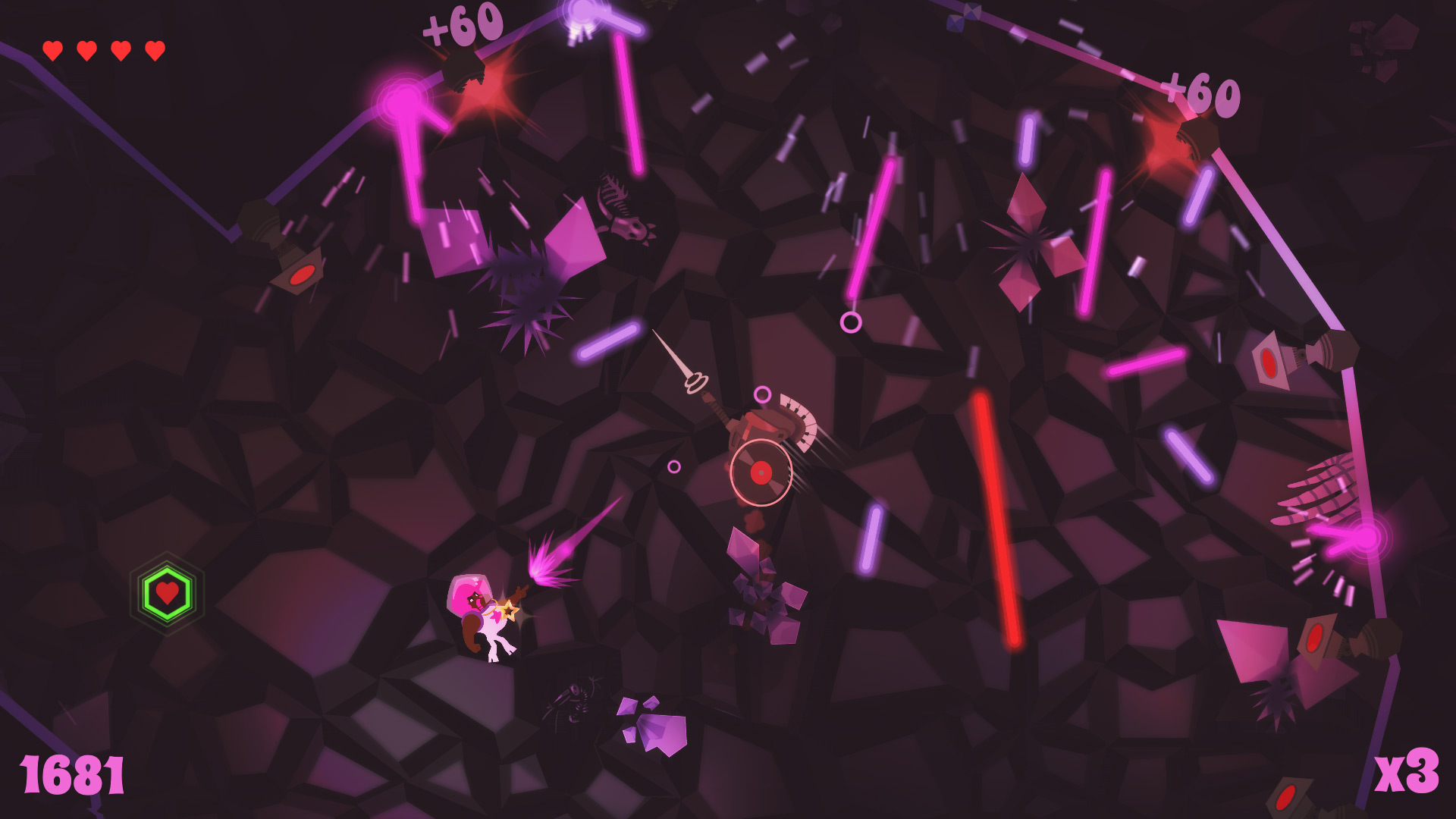 We reviewed Laser Disco Defenders when it was released on the VITA and liked it a lot. It’s now got a PS4 release and I though it was high time to dust off my platforms and see if anything has changed.

At it’s heart it is exactly the same game, a twin stick shooter where your lasers bounce off the walls of the level.    What I am happy to report though is the conversion is full of good stuff both addressing some of the issues I had with the VITA release and adding some new features.

Whilst the graphics still look a tad simple the big screen seems to let them breath a bit more and there has been some nice little tweaks here and there.  The PS4 version includes more backgrounds and this gives the game a bit more variety and addresses the general forgettable nature of the random generated levels. 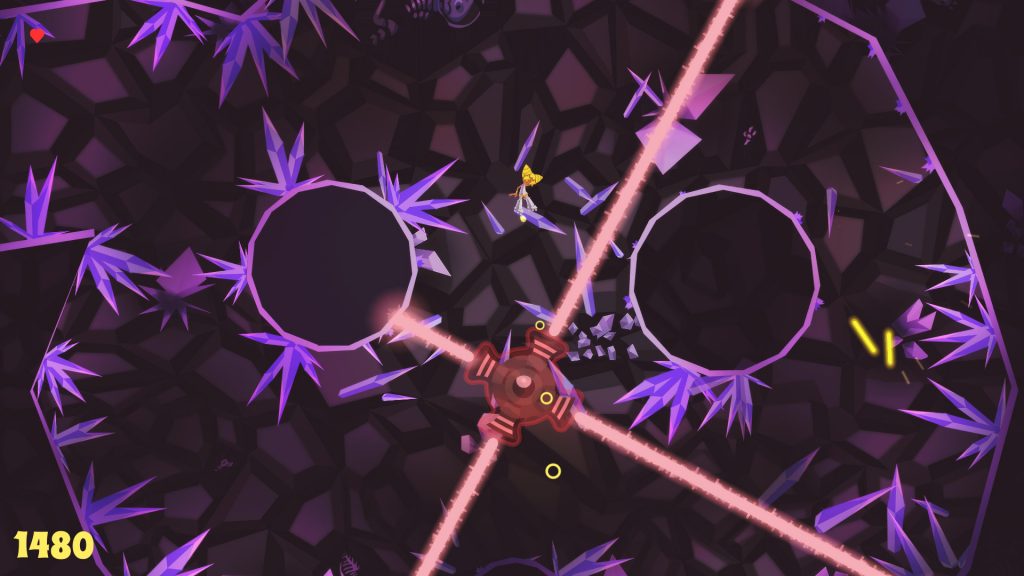 Aside from the graphics having a bit of a spruce up the game also features new enemies in the form of different turrets and new environmental obstacles in the lava lamp volcanoes.  I’ve spent a fair bit of time with the VITA version and these new baddies worked really well serving to spice up proceedings nicely.

The final new feature here is the inclusion of collectable power ups.  These spawn randomly throughout the levels and can really give you the edge in combat.  There are four to pick up and each one is accessible through one of the face buttons meaning you don’t need to break concentration to activate them.  It’s a neat system which gives the game a more gentle difficulty curve effectively allowing you to pull out the big guns when you need to.

This release feels like a full reworking of the earlier release, tweaking the bits which needed tweaking and fine tuning the balancing.  As a cross buy product this is a really good deal and a great funky shooter worthy of your time. 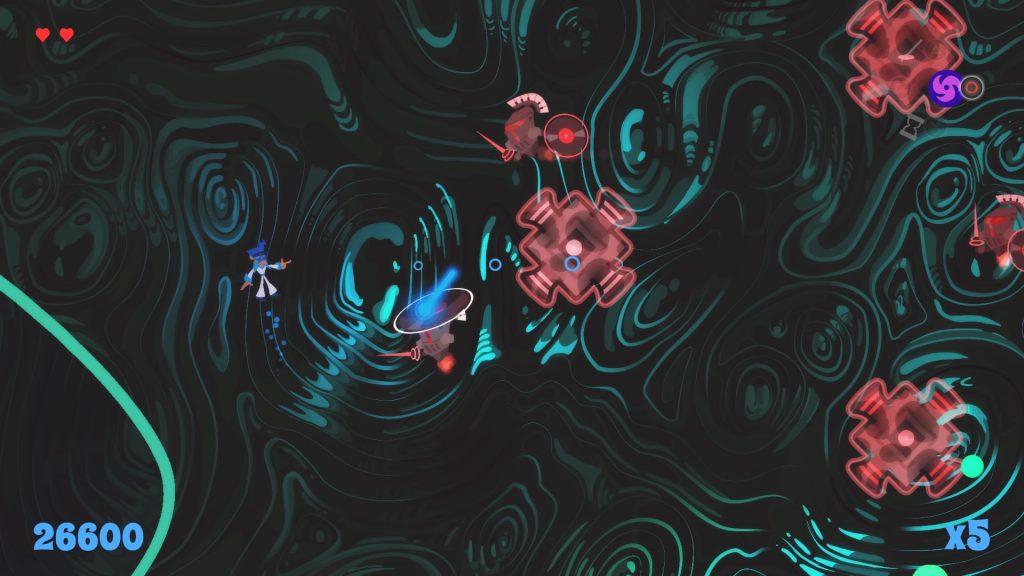