Knight’s Retreat is a Chess-themed puzzle game from minimalist developers Minimol Games and is a continuation of their Knight Swap series.  The idea here is that you have to move your knight pieces to target positions on each level using their standard L-shaped moves.  Of course, beyond the early levels at least, this soon gets more and more complicated.

The game offers 80 stages, upping the difficulty as you go along and occasionally adding new concepts but what you get here is a very traditional puzzle game that uses the rules of chess without the traditional 8×8 board.  You can’t take pieces and you’re not trying to checkmate any kings (in fact, the game doesn’t have kings).

If you know how to play Chess, you’ll be able to get to grips with this very quickly.  The first levels teach you how to select pieces and show you what happens when you move them.  You start with one golden knight that you have to move to a golden square to end the level.  That remains the theme but the game puts in more and more pieces that are initially in the way until you move them.  These are just rooks, bishops, queens and other knights and you can move them in any order as long as you use their standard Chess moves (and if there is a free space to move them to). 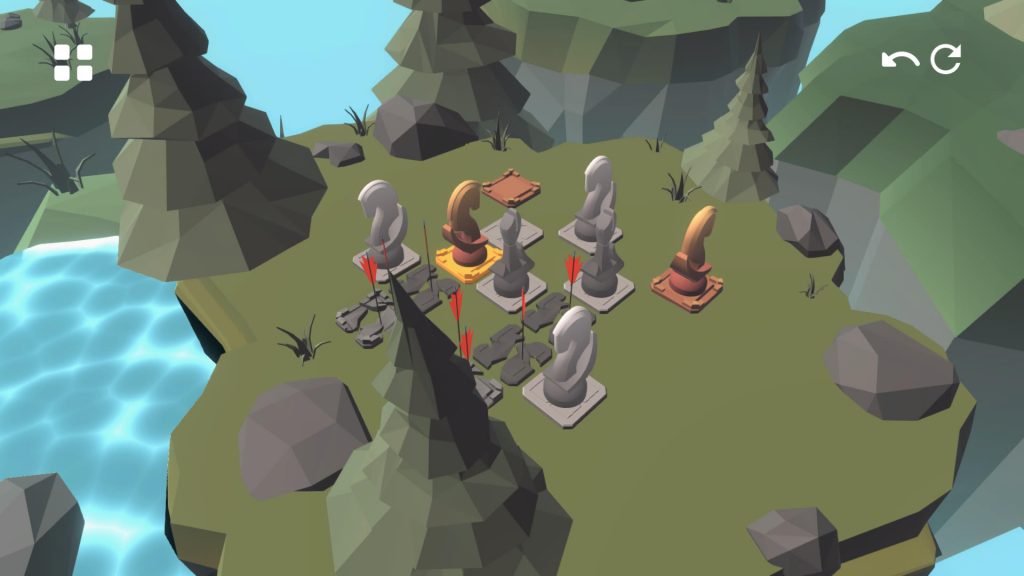 This eventually becomes more complicated with you needing to move several pieces in order to figure out the solution and this becomes even more tricky when the game adds a second, third and then a third, golden knight.  By the time you get into the twenties (in terms of stages), each puzzle is a real head-scratcher.  Then Knight’s Retreat adds buttons which shift the squares around, giving you even more to consider, before adding other buttons that flip the squares, essentially clearing them.

So, if you want a steadily more difficult puzzle game to relax to (or rage quit depending on IQ and temperament) then this does a good job.  There are some problems though.  After a while, the solutions just get a bit too elaborate for our tastes.  It’s a bit like Hitman Go.  At first that game was enjoyable but after a while the levels needed upwards of fifty moves to solve which is a lot to consider.  Much like that game, Knight’s Retreat starts off as a gentle puzzler but eventually becomes more about memory as well as trial and error as opposed to just being enjoyable.  But, as with Hitman Go, if you’re into it then that won’t be a problem. 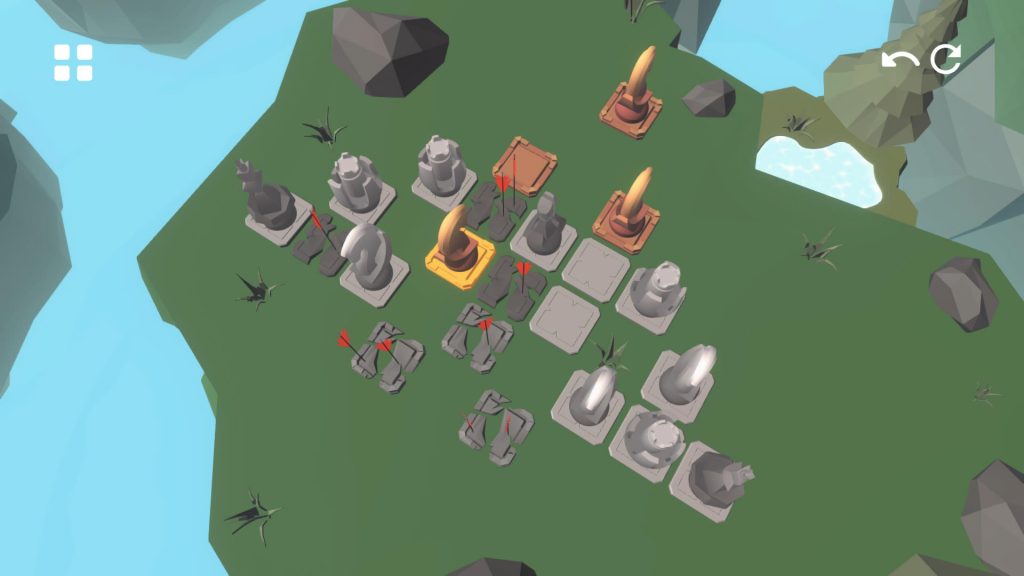 The game also struggles a bit with how it is implemented.  The signs are there early with the fact that while the game does have tutorial levels it never explains chess moves to absolute beginners, which will limit the enjoyment for those players.  At the very least the game could have highlighted the possible squares a piece can go to when it is selected.  Also, the pieces aren’t brilliantly defined.  It all has the look of a very simple chess set rather and could have made things a bit more distinct.  We found that bishops, knights and queens could sometimes be mistaken for each other at times.

The buttons that the game adds also aren’t very well-implemented as they don’t preview what they do.  So you only know where the squares will move once you activate a button.  That means that you can’t visually plan out your moves and instead have to keep readjusting.  The same with the buttons that flip squares, it’d be good to know in advance which squares are going to flip.

This is partly due to the game using a 3D look rather than a 2D one.  It looks nicer this way but a 2D option might have made everything clearer and you wouldn’t be losing much to be honest as the visuals are nothing special.  In fact the later levels (which are water and lava based) weren’t great looking at all.  We would have preferred the sleak, forced isometric look of the Knight Swap games instead of this look as it all looks a bit ‘400MSP on Xbox Live Arcade’ if you know what we mean. 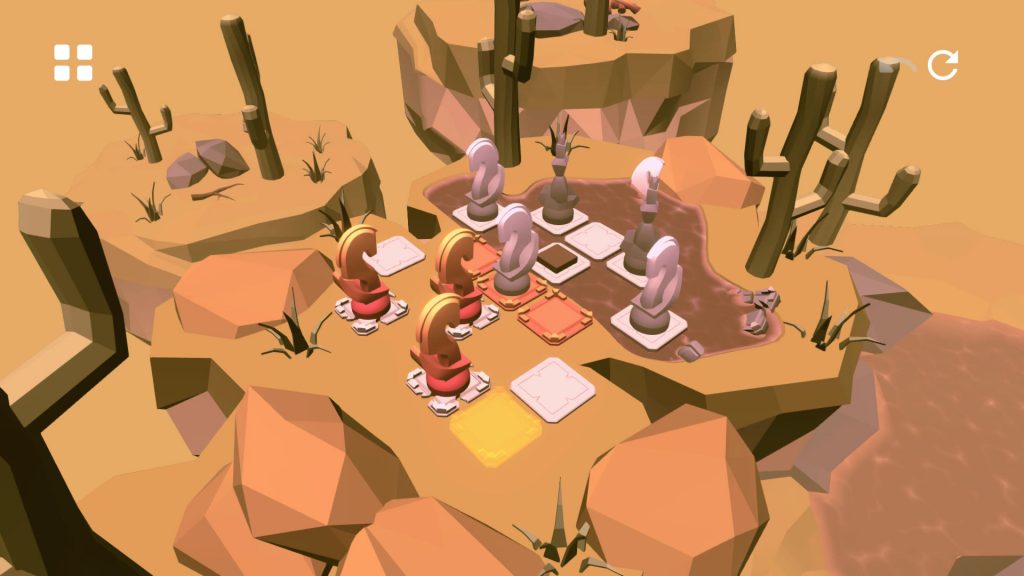 There are also relics there from the game’s obvious roots as a PC game including some on-screen icons that you can’t select and the level selection screens are very poorly designed with very little indication as to which stage you’ve currently got highlighted.

Knight’s Retreat rather puts all of its eggs in the basket of you enjoying the core mechanics and this type of puzzle action but doesn’t do a great job with the presentation (although we did like the calming music), interface or visuals.  But the core Chess-but-not-Chess mechanic is good enough for us to be able to give it a light recommendation to the right kind of player (knows Chess, patient, doesn’t mind a slow-paced puzzler, has a great memory).  It’d probably work better as a mobile game but it does work and that’s just about good enough for now but as the third game of this type from them, we would expect to see a bit more polish.

Knight's Retreat
5 Overall
Pros
+ good concept
+ playable
+ the challenge will be good for hardcore puzzle fans
Cons
- Bland visuals
- Lacks quality of life features to make it more enjoyable and intuitive
- Interface needs proper adaption for console play
Summary
Knight's Retreat offers a good chunk of Chess-themed puzzle action and is based on a clever concept. The execution and presentation are a little weak though which stops the game from being a must-have but puzzle fans should still get some enjoyment from it.