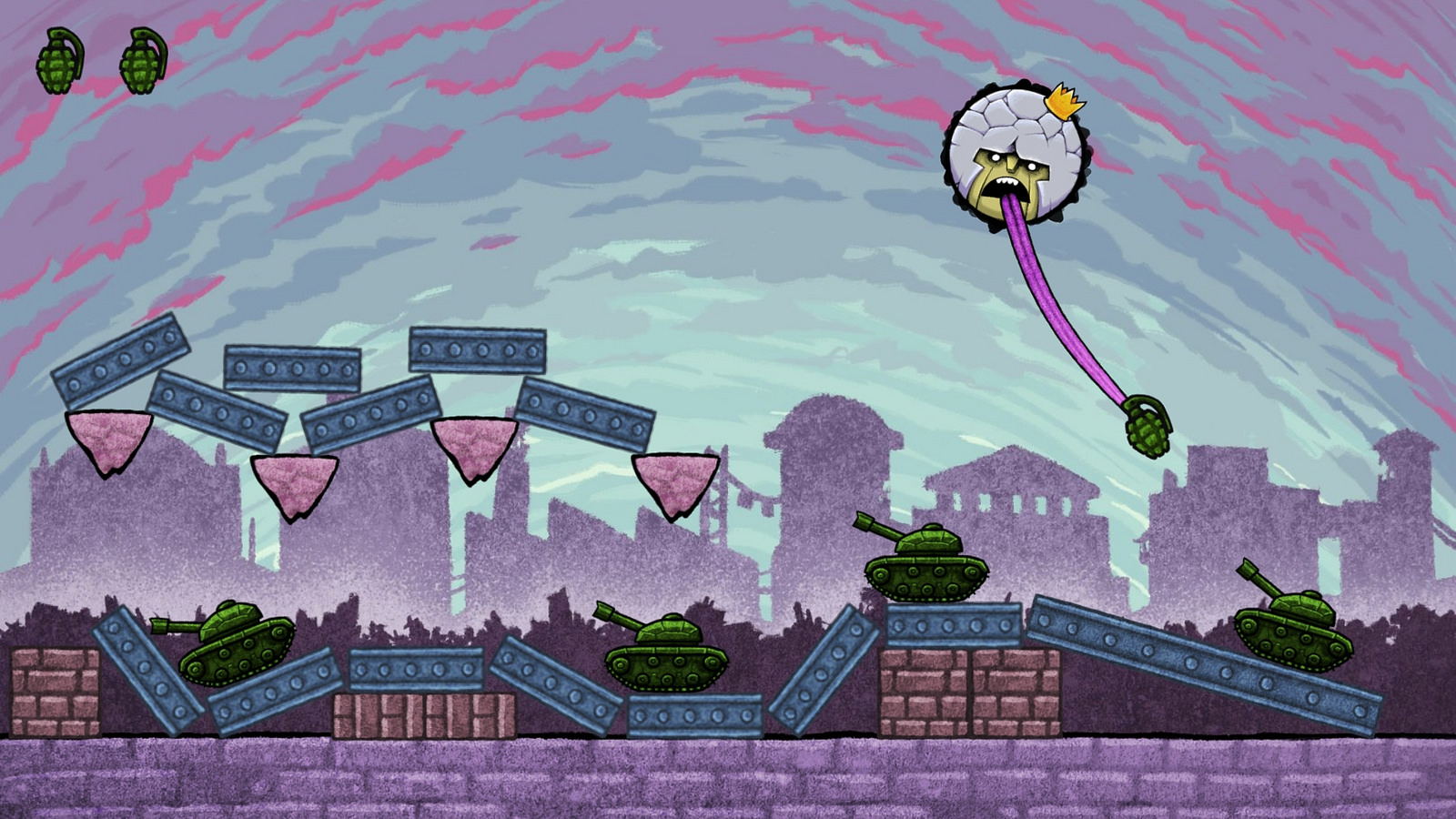 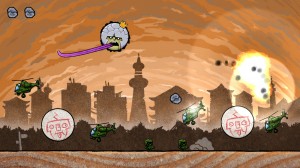 After being on every platform imaginable, the Playstation 3 finally gets a version of 10tons’ physics based puzzler. A mobile port of a 2012 title, King Oddball leaves all its plot in the title. You are King Oddball. You must end the world. To do so you must hurl rocks at any opposition in your path, using your tongue as a launcher.

If you’ve played Angry Birds or 10ton’s own Tennis in the Face, this will seem a familiar formula. You get three rocks to play with but can gain further ammunition by hitting multiple objects to boost your multiplier. You will face a handful of different enemy types but the game is a little slim on variety. It does offer some charm visually with a simple, cartoony look aided by some film grain to give it something of a unique aesthetic. It also features a rather catchy soundtrack from Jonathan Greer. It fits proceedings well and, despite the fact you’ll hear a lot of it, the music doesn’t overstay its welcome.

Whilst there isn’t much nuance or depth to the gameplay, the 120 levels of the main quest offer an escalating challenge whilst not stray too far beyond frustration. Levels can be over in seconds but you can quickly reset and try again if a level is giving you particular grief. Its quick, simple fun that’s addictive whilst it lasts. The game’s brisk pace means the game can be finished in a fistful of hours. There are additional levels and challenges that involve explosives, single-throw conundrums and a Hall of Diamonds mode which cheekily extends the lifespan by reusing the levels from the main campaign. It seems an artificial way to prolong matters but, at best, its another evening of your life. 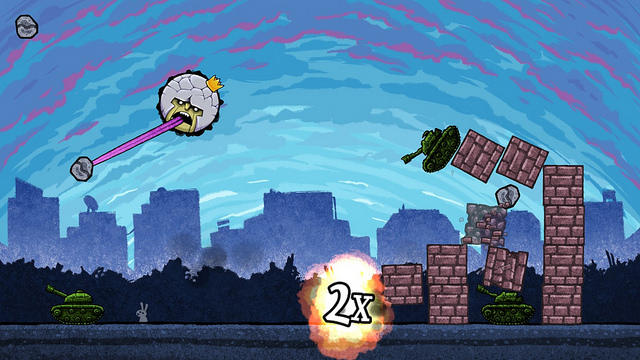 That’s arguably the game’s largest fault. There’s no reason to replay levels. There’s no score or medal tally to chase and trophies are easy enough to attain. Once a level’s been chalked off, its out of sight and out of mind. That said, I’ve enjoyed the sessions I’ve had with this game. Its a well-made, short and sweet diversion but it’ll be up to you to decide how much this short span of time is worth to you. Its presently priced at £3.99 on the Playstation Store which I might deem a little excessive, especially with the game presently being cheaper on PC and iOS whilst the Android version remains free, if you can stomach adverts. Something to ponder, kids.

King Oddball
7 Overall
Pros
+ Charming aesthetic and soundtrack. + Addictive fun. + Moves at a swift pace.
Cons
- Not much replayability. - Debatable price tag.
Summary
Its addictive and enjoyable as you destroy level after level. It keeps things simple whilst moving at a brisk pace. It does lack a reason to return to older levels and the price tag is hard to take when it's free on other platforms, but this is a nice jaunt into regal boulder throwing.