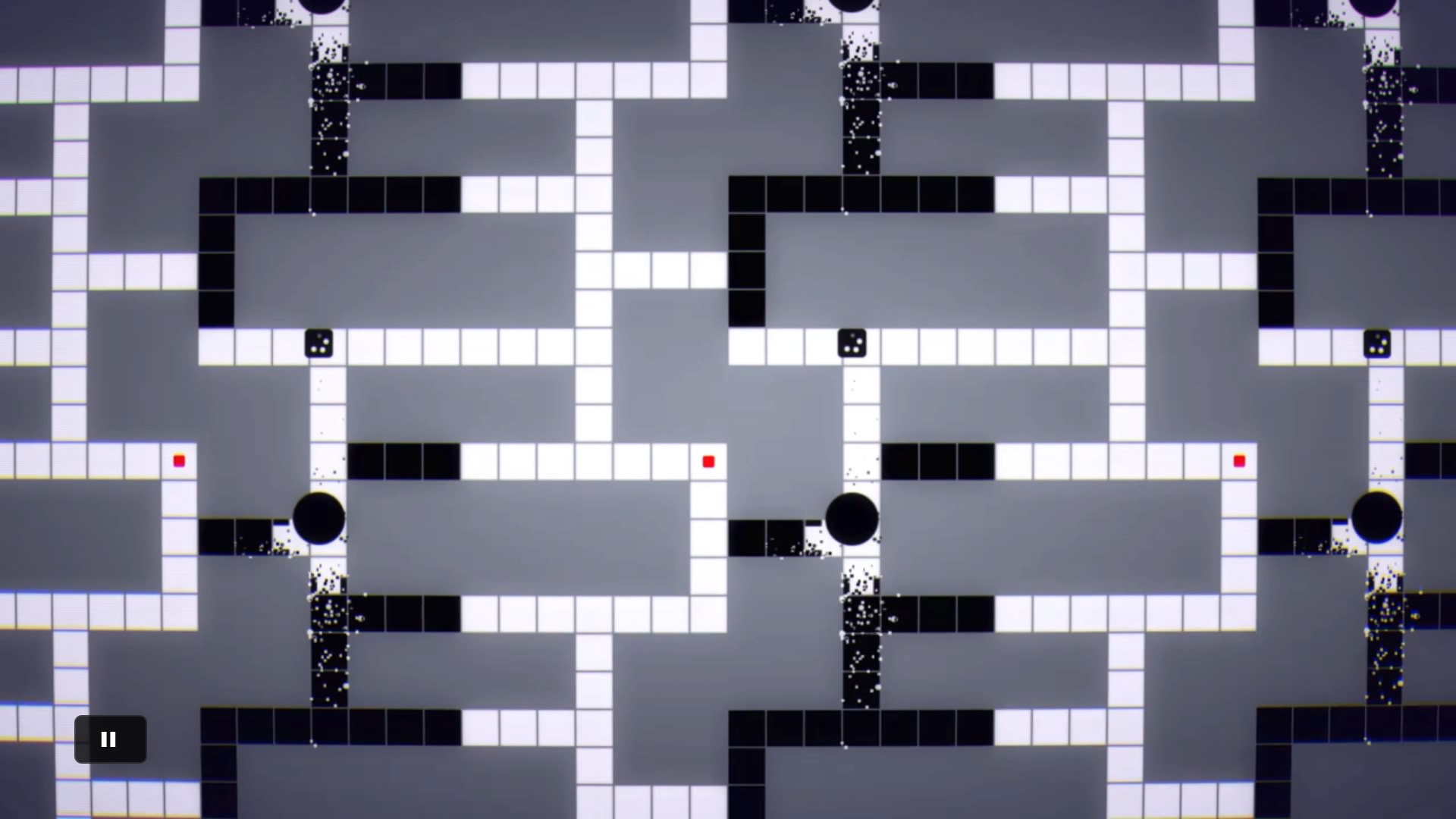 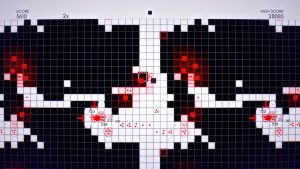 Who’s up for some arcade twin-stick business? That’s what’s on offer from Inversus, the brainchild of Ryan Juckett. The Bungie employee is now trying his hand at going solo and his first project looks to deliver some arcade goodness to the PlayStation 4. Is it another Everyday Shooter? In some respects, it kinda is.

Make no mistake, Inversus has some mechanical depth up its sleeves. It throws some sand in your eyes at first by ditching the right stick for aiming in favour of the face buttons. My first obstacle with the game was training my right thumb to forget the right stick exists. As a result, you can only fire in four directions which means timing and placing your shots. Couple that with the ability to charge shots up for a spread effect and you have a shooter that prefers you’d not spray and pray.

Your shots also serve another purpose. You can only move on ground the same colour as you so you need use your shots to burrow through the blocked parts of the map. It can also be used to your advantage to block adversaries. Ammo is limited but it doesn’t carry much of a threat as it regenerates quickly. Special ammo can also be scavenged from fallen enemies. Its at this point you start to see some obvious comparisons with Geometry Wars. The chase for ammo leaves you out in the open, much like grabbing Geoms. You look to kill groups of enemies to advance your chain and, in turn boost your score multiplier. It’s compelling and addictive and borrows just enough right things to compliment its own ideas. 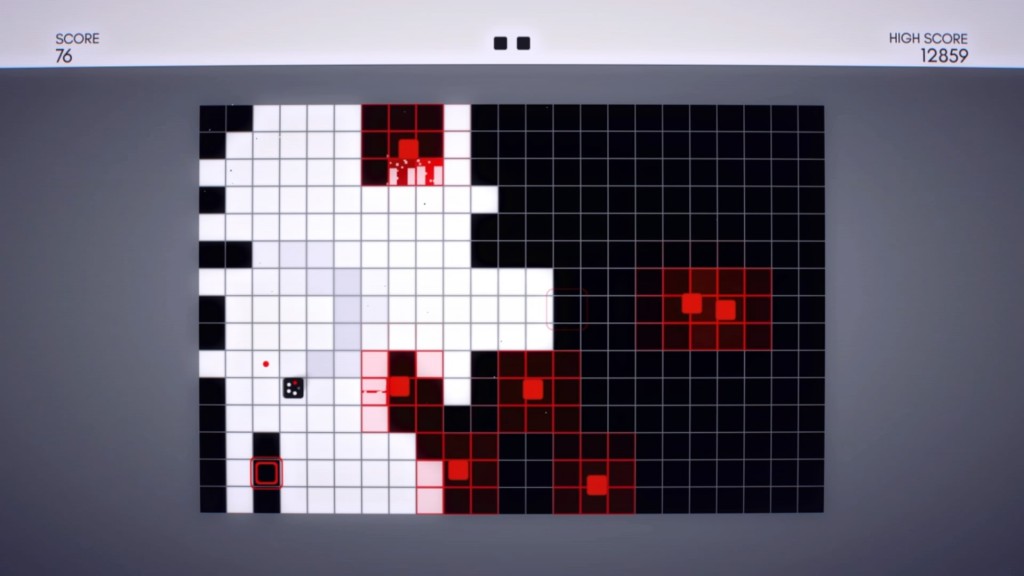 It’s a pity then that the game modes seem a little sparse. Your only single-player option comes in the form of a very pure arcade mode. It begins modestly enough with just the one map available to you before accumulating scores open up further arenas. There’s six in total that you could probably unlock relatively swiftly. The game does offer you the opportunity to tackle them in co-op, online and offline. Whilst it’s a small number, they do offer variety. The Castle map is very lateral and forces you into tight spaces whilst Holes introduces enemies that shoot back. Each map offers its own unique challenge and playing through them is enjoyable, even if I wish for more of them.

Multiplayer seems to have been given more focus. You can play across 27 different maps in one-on-one or two-on-two combat. Whilst they lack obstacles or enemies, they feature interesting designs with more than a few wrapping around themselves in mind-bending fashion. You can play locally and online so, if you can find the players, you should have a blast. In many ways, its nice to see the multiplayer component feel distinctly different to the arcade mode. It keeps things simple with the game’s combat and I can imagine four-player hi-jinks being very hectic.

Visually, it maintains a monochromatic look with maps being laid out in clear grids. The only colour is offered to enemies and special ammo. It makes for a very clean look that avoids the potential for a messy display. You know what you’re shooting and you’ll certainly know what killed you. Music seems a little thin with just the one track present throughout. I could be wrong on that but I think the menu music is just a rearranged version of the main track. Interestingly, the menu pulses with the beat of the music which is kinda cool. The music is cool to hear but you’ll hear it a lot during your time with this game. I would’ve liked a varied track list at least to give some of the maps a separate feel. The game has a nice sense of style but I feel like more could’ve been done to give this game more of a visual or aural flair. 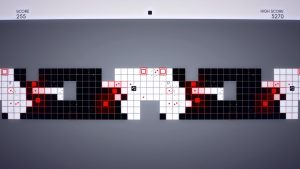 Whilst I can’t deny Inversus lacks in certain areas, the core of it feels addictive and rewarding. I prefer it in quick blasts and, as someone who tends to stick with arcade mode, it’s probably for the best. I really wish I could’ve got some online games going to see how that fairs. There just aren’t the numbers playing, at the moment. I understand people might shy away from this game’s lack of single-player variety. This game is not around to rival Geometry Wars. It feels more like a compliment to Everyday Shooter. If you’re a fan of the genre and looking for something neat and different, this will tick those boxes.

Inversus
7 Overall
Pros
+ Really fun to dip into. + Online multiplayer, for once! + A nice, clean visual style.
Cons
- Arcade's a little lacking in stages. - Music is great but in short supply. - You're relying on friends to get multiplayer sessions going.
Summary
A clever twin-stick shooter with a smart aesthetic and some nice risk versus reward gameplay. The online modes are dead on arrival though which is a shame as the single player game won't keep you going for long.

One thought on “Inversus – PS4 Review”