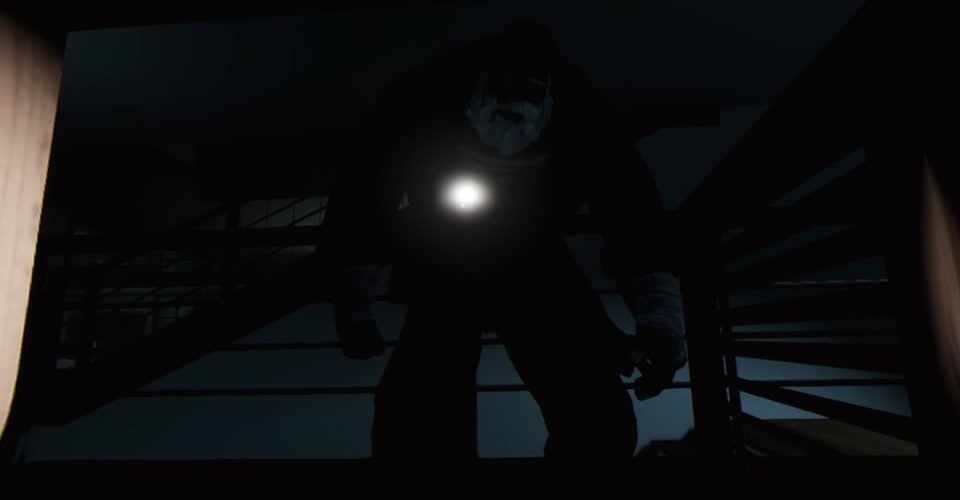 From Tessera Studios comes a new VR compatible, but not VR exclusive, sneak-em-up. Intruders: Hide and Seek offers a great premise, managing to make you feel rather helpless and vulnerable, but how does the whole package come together? 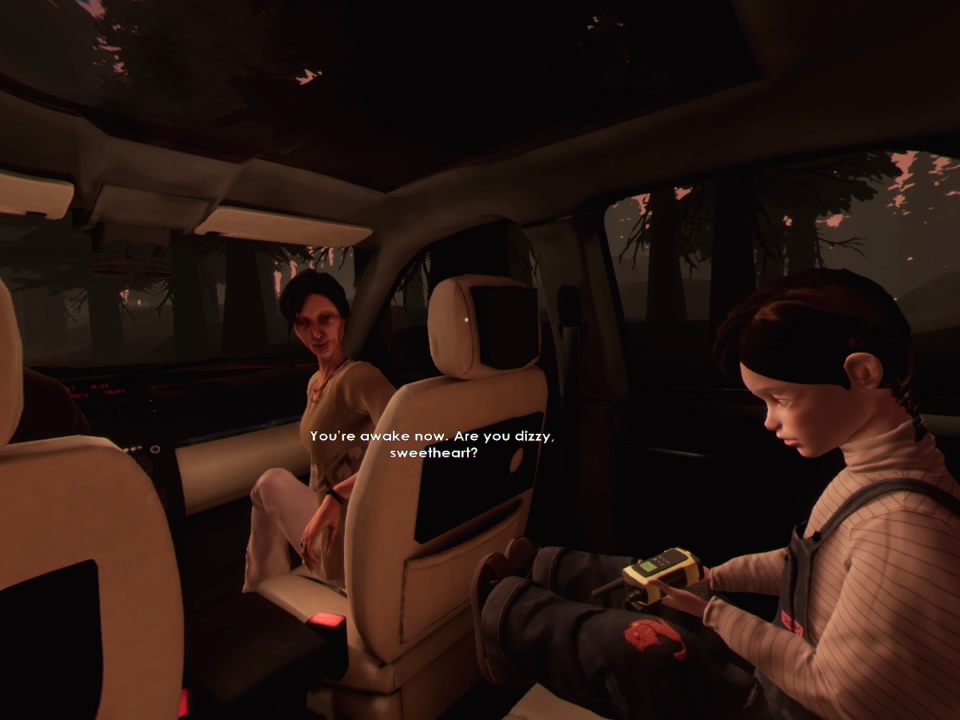 You play as Ben, a thirteen year old boy, who has travelled with his family (whilst not wearing seat belts) to a holiday home in the middle of nowhere. His father is a scientist and a very successful one judging by the size of the house, his mother is also present, as is his younger, gifted but sickly sister, Irene. After some story set up and tutorial sections the children find and gain access to the house’s panic room. With the ability to lock the door and cameras and microphones in every room giving them full view of the house they see their parents get captured by three individuals.

Leaving Irene in the safety of the panic room Ben heads out into the house to try and rescue his parents. But what can a thirteen year old boy do against three adult intruders? Not a lot, so as the game’s title suggests you need to hide and stealth your way through the house to get to your destination. The intruders know there are children in the house so will be looking for you, but with the lights out you can use the darkness to your advantage, the intruder’s location being clearly highlighted by their flash lights. 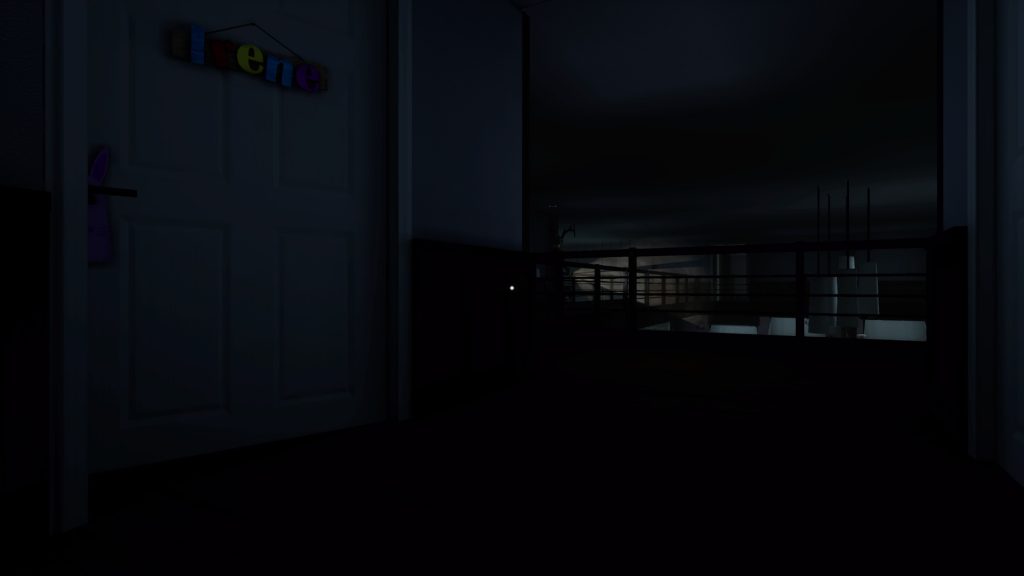 Whether you’re in VR or not (I’ve not been able to test it but the store page boasts compatibility with 3D TVs as well) you’ll have the same tools at your disposal. You have a flash light which you can turn on or off (which never runs out of batteries, thankfully), you can sprint to run away from people but which makes more noise, you can crouch to make even less noise and make yourself smaller and you can inspect interactive elements. The main difference if you’re in VR is obviously being able to look around corners and the like by leaning, but also how your controls work. You’ll be using the Dualshock for both but depending on the strength of your stomach you may want to opt for incremental turning rather than full FPS controls, but the option for either is there. There is no teleporting so you’ll always be moving forwards as normal using the left stick.

I’d argue the story is the driving force of Intruders: Hide and Seek. Irene will inform you of what is happening and where you should go over a walkie-talkie, the rest of the story will come from files you find and from hearing the intruders discuss their plans whilst you hide nearby. I like the dynamic of the three intruders, each obviously having a different reason for teaming up and taking hostages. It is an enjoyable tale whilst being a little predictable. The other reason why the story is the main driving force is that the gameplay is a little overly simple. 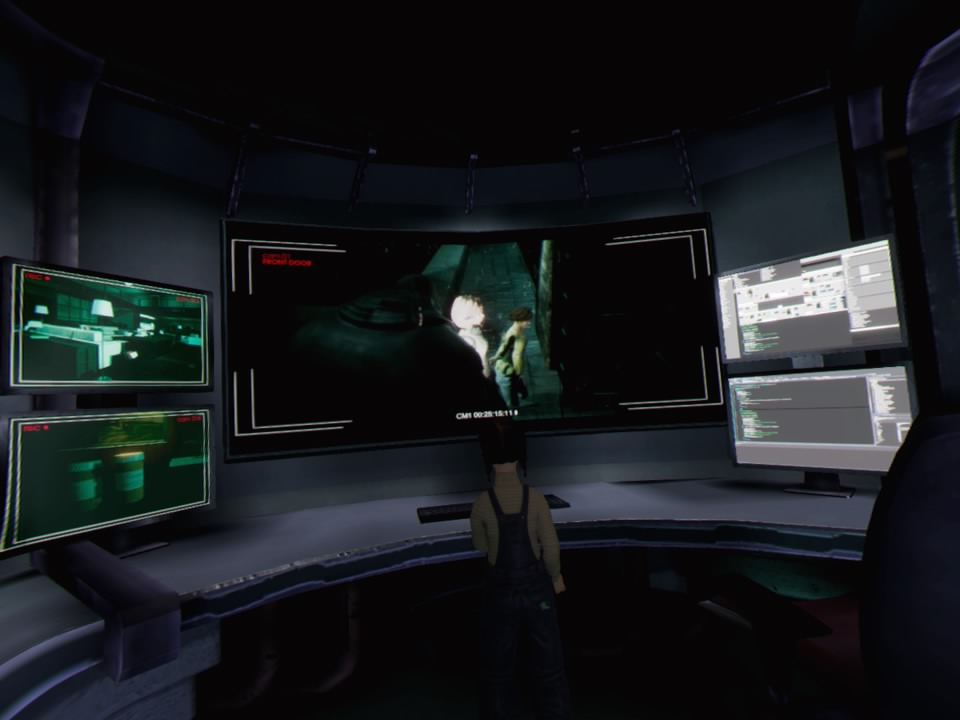 As I said Irene will tell you where to go in the house, you then consult your map which will probably show you that you need to travel to the opposite side of the building and then you sneak through rooms and corridors to get there. An intruder will be placed so you have to be careful and patient but once you’re past that one you’ve normally got a free shot to your next objective. Even if you do get spotted you can run away and hide in a cupboard (not too close though or they’ll know where you are) or if you get caught you’ll be returned to a checkpoint.

The game is a little too forgiving, which I don’t mind too much as it stops it being tedious but it also stops the game being scary. Before starting it up all signs pointed to this being a bit spooky, with your viewpoint being low to make you feel vulnerable and knowing that you can’t actively defend yourself. The title screen has a deer skull covered in blood, the tutorial has a jump scare and the slow burn of the family oriented intro all pointed to things going horribly wrong. And they do, but even in VR I never felt threatened. Having the intruders loitering around never had the same effect as Mr X did in the recent Resident Evil 2 for example.

I think the cartoony visuals, which come close to being stylised in the case of the intruders but just look a bit off when it comes to your family, and the poor acting with some lines not making sense or even sounding like different voice actors take away from the atmosphere. The fact that the intruders can know which room you are in, enter the room and then argue with each other about not finding you gave more of a Home Alone feeling than a You’re Next vibe. 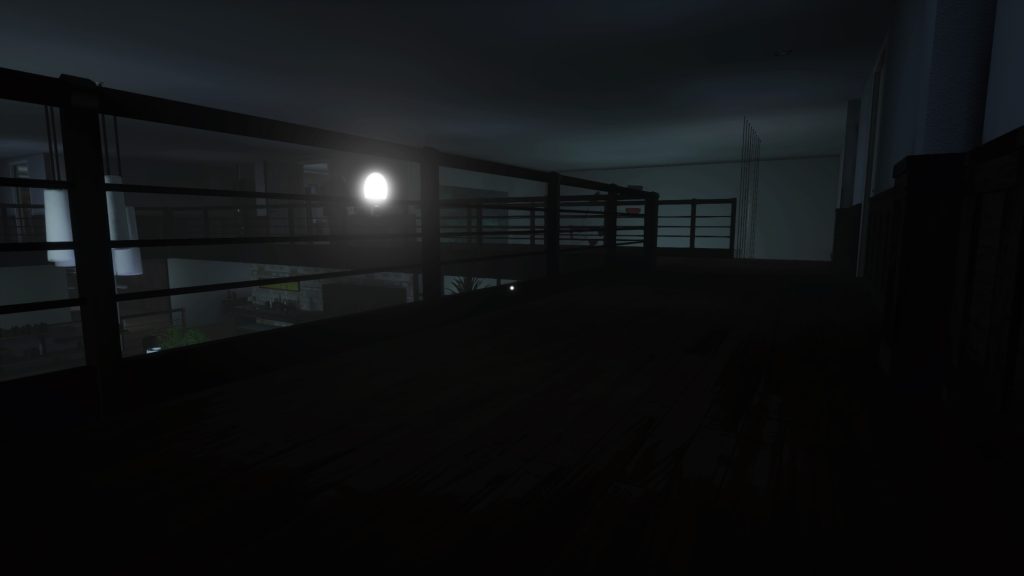 You’ll finish the game in under four hours. There is some replayability if you want to look for some collectables (and don’t find them all first time) but all the story sequences can not be skipped making this less than ideal, though there is a chapter select if there is a specific place you want to jump to. It almost feels like a horror game suitable for kids. Some dark stuff happens but Disney has been doing that for decades, there is some swearing however. If you’re looking to get scared then you’ll not find that here, but if you find something like Outlast to be intriguing but too intense then maybe Intruders: Hide and Seek is more the level you’re looking for.

Intruders: Hide and Seek
6 Overall
Pros
+ A great premise
+ Three intruders have a good dynamic
+ VR is implemented well
Cons
- Visuals aren't great
- Voice acting is very suspect
- Gameplay is a little tame
Summary
Intruders: Hide and Seek is a decent VR compatible stealth title. The gameplay is overly simple and it's a little light on tension but for its short running time you'll find some enjoyment giving the kidnappers the runaround, trying to find out exactly what their deal is.