Zen Studios are probably best known for the many dozens of virtual pinball tables they’ve been bringing to consoles for the last few years, so it’s good to see them doing something different. Infinite Minigolf is their take on what us Brits call crazy golf. Rather than whacking your ball hundreds of yards in yet another EA golf title, holes here are just a few meters long and involve all sorts of silliness. 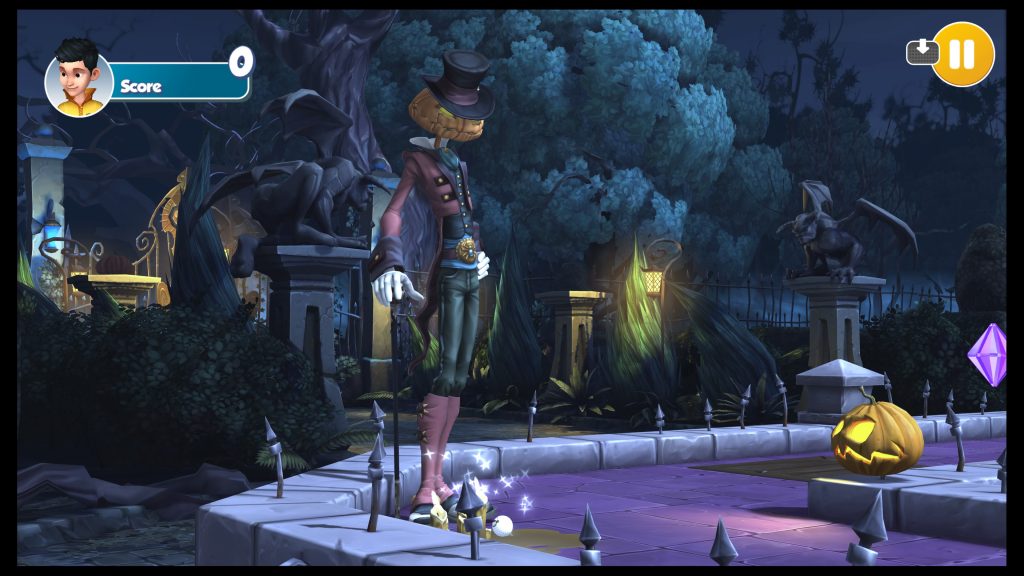 The game lets you play tournaments or single holes across three environments: a giant kid’s bedroom, a horror-themed graveyard and a snowy level. These all play exactly the same and are just there to offer up a different look which is fair enough given that real golf games just have you looking at trees or the sort of pricks who go to watch golf.

To play a shot you aim with the left stick and pull back the right stick to set the power, letting go when you’re at the right level. It’s a simple system that works well enough (although you’ll occasionally mess up because it’s different to every other golf game ever but that’s on you and, more often, me). Complexity comes by way of some power ups that offer flight, jumping and steering to your shots. While it’s all simple enough, it’s maybe not all that satisfying. I’m a sucker for the old three-click method in golf games and anything mapped to an analog stick leaves me feeling a bit cold.

Many courses have odd features such as NPCs or mechanisms that assist your shots, often practically giving you a hole in one while other obstacles may well ruin that entire hole for you. It’s not exactly skill-based all of the time though but it fits with the silliness of the subject matter. However, sometimes these features don’t work exactly as intended. Especially online. So if you and a friend hit the same feature at the same time, one of you gets carried off to glory while one of you may end up stuck in the scenery. It’s not ideal when it happens. 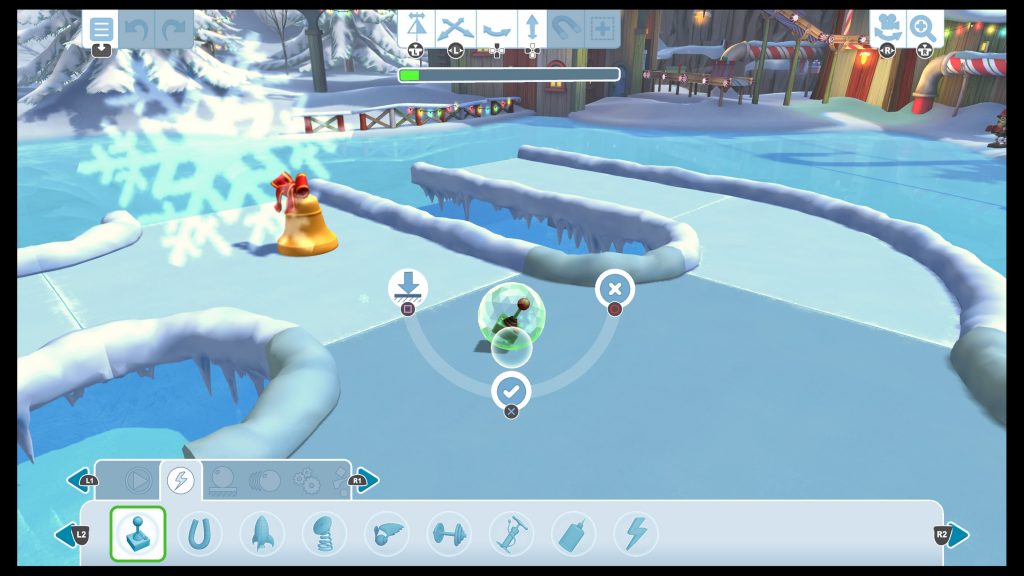 Infinite Minigolf has two big draws though. First is the PSVR functionality. With the headset on, this game looks great. I was taken aback by how well detailed the environments are, certainly more so than they seem in non-VR mode where the graphics are frankly average. Unfortunately, that’s all that the headset is used for. Often the game will give you a terrible view of the course where you don’t know where the hole is and it doesn’t allow fly-bys so you’d think that being able to have a good look around would be a mandatory feature but it’s not and even the PSVR unit doesn’t help here. But it looks better than most VR games on the system.

The other feature relates to the ‘Infinite’ in Infinite Minigolf. A course editor allows you to craft all the courses you want (and with a fairly decent interface) and a course browser allows you to play courses by other players. These are mostly trash, my own efforts included (mainly because the editor has no instructions and is all controlled by icons that mean nothing to you), but there are some good ones out there. A rating system helps you seperate the wheat from the chaff but we’d like to have seen more searching options. 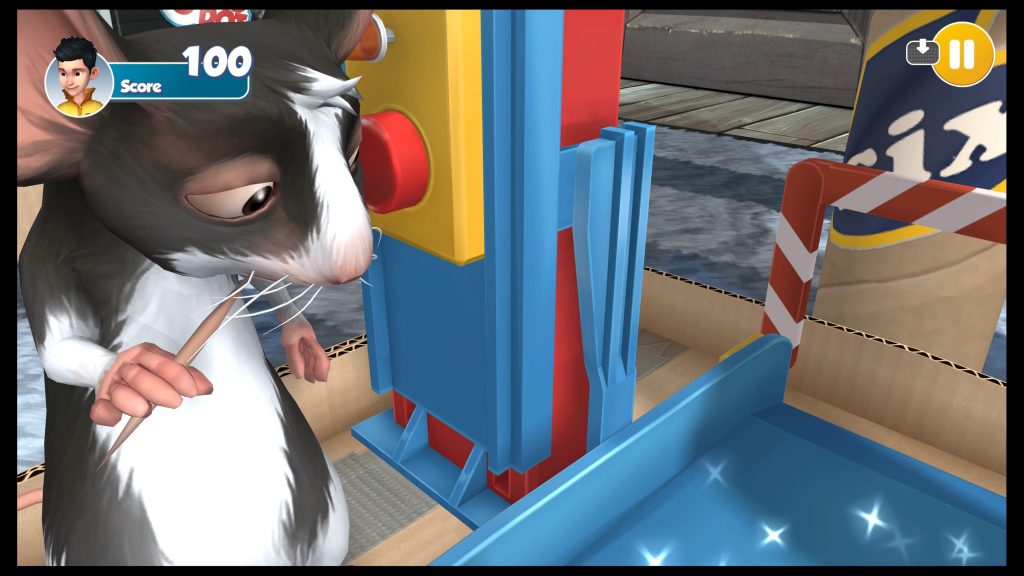 The game supports online play, which is very welcome, and has enough options for you to set up matches however you like. There’s even a bit of customisation for your character with outfit options earned via in game experience. Unfortunately this is only earned in solo play which is the least entertaining way to play the game. It’s definitely more of a laugh with friends and given that the game works with and without the VR, finding other players shouldn’t be a problem.

Zen have put together a nice little package here. We’d have liked to have seen more environments and a few more gameplay elements but what you get is reasonable and it gives you another good reason to put on the PSVR headset and with Zen Pinball VR and Castlestorm VR behind them, we’re happy to see a studio properly supporting the technology. The quality on show here is what we’ve come to expect from the studio but we’d have liked to have seen the gameplay refined a bit but we’re happy with what they’ve put out here.

Infinite Minigolf
7 Overall
Pros
+ Looks gorgeous in VR
+ Online play is welcome and good fun
+ Lots of courses on offer
+ Lots of gameplay tailoring options
Cons
- Lots of bad user content available
- Looks dated outside of VR
- Not much variation
- Some courses are a little broken, even the official ones
- You can't always see the hole so judging first shots can be difficult
Summary
Infinite Minigolf is a good stab at crazy golf in a virtual world. The online options elevate it and VR owners will enjoy the visuals but for a game with potentially endless content you may get bored of the simplistic gameplay after a while.