We didn’t really know much about Himno before starting it. And after having unlocked platinum trophies on both PS4 and Vita, we’re not much better off in that regard. The double platinum being your first clue that this is published by Ratalaika, developed on PC by Madrid based solo developer David Moralejo Sánchez aka Breakfast Studio.

David is a mere nineteen years old, we’re sure we weren’t doing anything this worthwhile at that age. He’s also got other games in the offing in Little Dungeon Stories & Medieval Shopkeeper Sim. Perhaps we’ll see them make their way to consoles in due course. 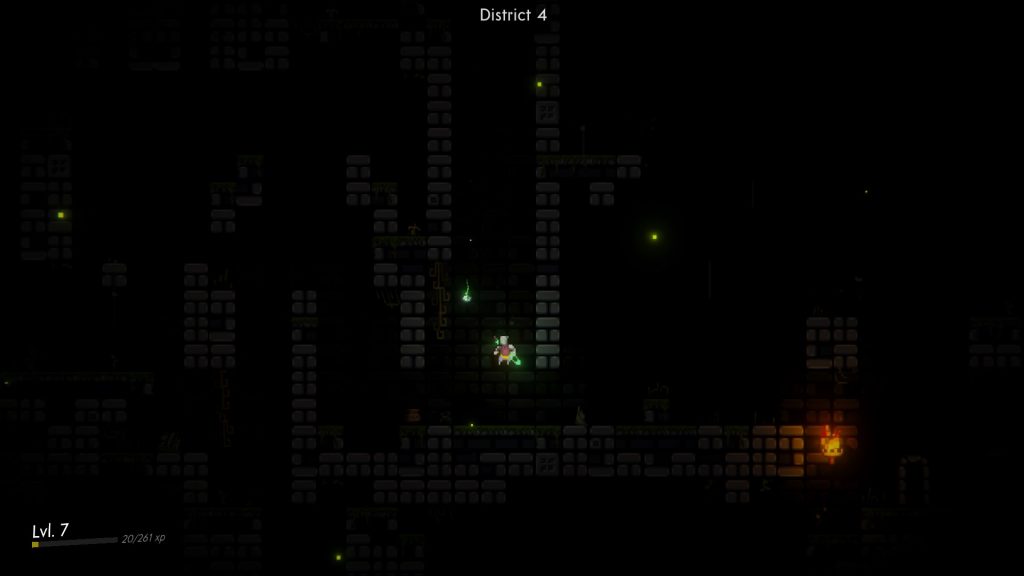 When you start Himno you’re thrown right into it. No story, no preamble. Nothing. All you get is a little precis showing the fact that

is dash. Himno is Spanish for hymn or anthem, neither of which give us any great clue as to what’s going on.

An elevator pitch description would summarise Himno as climbing a tower with mild parkour elements with torches lighting your way as you go. Long term gamers might remember Nebulus aka Castelian, a tower-based exploration game. This is a little reminiscent of that in terms of the ascending a tower, though strictly on a two-dimensional plane.

Our first mistake was to play in a bright room on Vita, good though the screen is, it was very hard to make out what was going on. We fell into the water more often than not. Thankfully things improved massively when we played on PS4 instead, the Dualshock 4 making for a somewhat more fluid experience than the Vita face buttons. 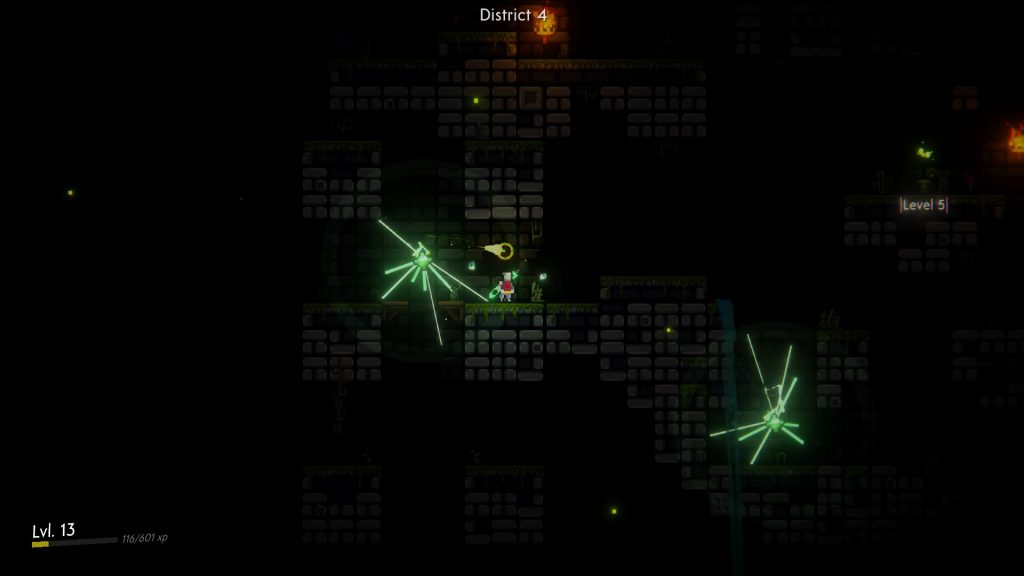 Before we knew it we were jumping around with abandon, making our way to the top of the procedurally generated tower with aplomb. Such was the contrast between the user experience on PS4 and Vita, that it took me a good ten minutes to end up bobbing beneath the waves. As opposed to dying almost immediately at the outset on Vita.

Tellingly, our first trophy on Vita was the one for drowning whereas on PS4 it came third. This speaks volumes for the ease with which you’ll find yourself navigating the environment on the respective platforms.

Himno is billed as a rogue-like, in terms of the procedurally generated aspect it is, just as you can carry over wisps from one run to another by visiting the Wisp Garden before attempting another run. From what we can garner from our few hours playing the game, wisps are sort of a magical companion that infer certain abilities on you. The early level offerings are fairly useless with no discernible advantage. But later levels give you access to one that gives you a gentle glide, this makes life much easier on the more challenging levels. 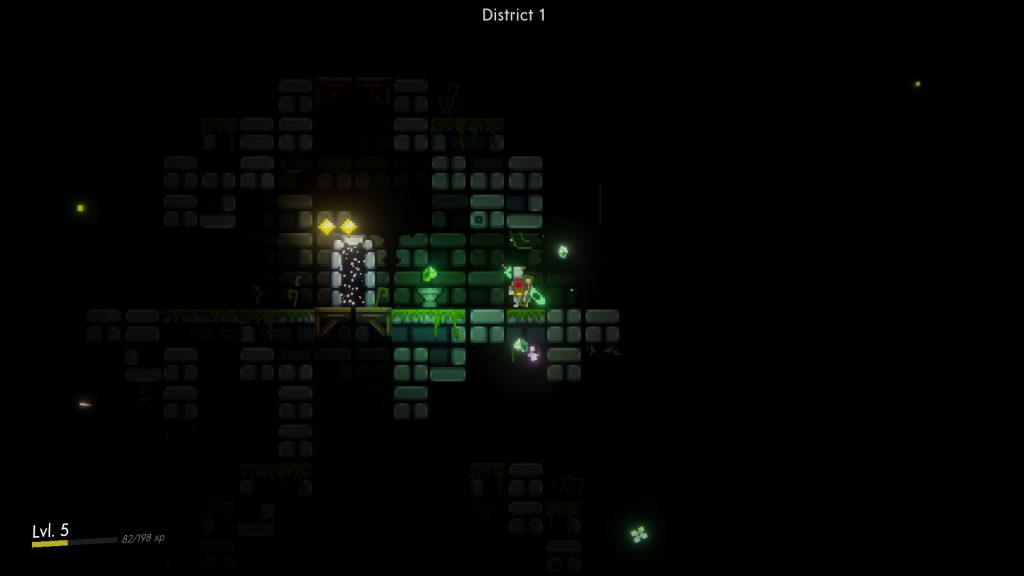 Your standard run will involve lighting as many torches as you can to illuminate the level. They light up as you pass directly by them and also act as a visual clue to the path you’ve previously taken. Your ultimate goal in each level is to get to the portal to next level. Your character is a nimble chap, capable of shimmying up narrow chimneys with ease and vaulting across large gaps in conjunction with a tap of R1 to activate the dash.

Some levels are so tortuously generated that you’ll do well to even reach the portal. In a few cases we chose a watery death over a challenging gauntlet. Especially when we’ve tried and failed two dozen times to nail a particular jump. You might decide to teleport to the start of the level instead to find an alternative path.

Everything you do is tracked from the number of jumps you take to the number of portals you’ve gone through. Most of these stats tie into the trophies, being as this is a Ratalaika release you’ll be done in fairly short measure. Not Gravity Duck speed, but you’ll likely be done just around an hour. 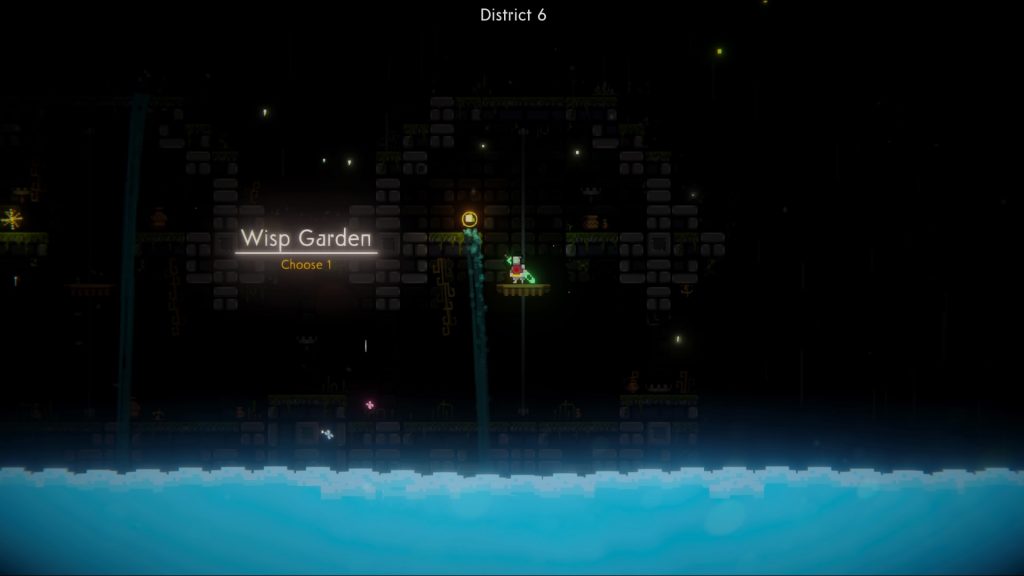 The thing is though, we carried on playing happily, the light electronica from prolific game composer Dan Farley making for a nice zoned out gaming experience. We can well see ourselves playing this for months just as we did Chime and Lumines, regardless of whether we’d unlocked all the achievements. Himno is that sort of almost meditative experience.

It’s just a shame the Vita version is prone to slowdown and long loading times between attempts or we’d probably forgo watching whatever Netflix series in favour of this instead on the train. Given the Vita was released mid-PS3 generation we should perhaps recalibrate our expectations a little bit.

If you’re reading this David (you likely are as we seem to be the only review site on Metacritic that actually dignify Ratalaika titles with a review), keep it up. If this is indicative of the quality of your work, ¡bien hecho! 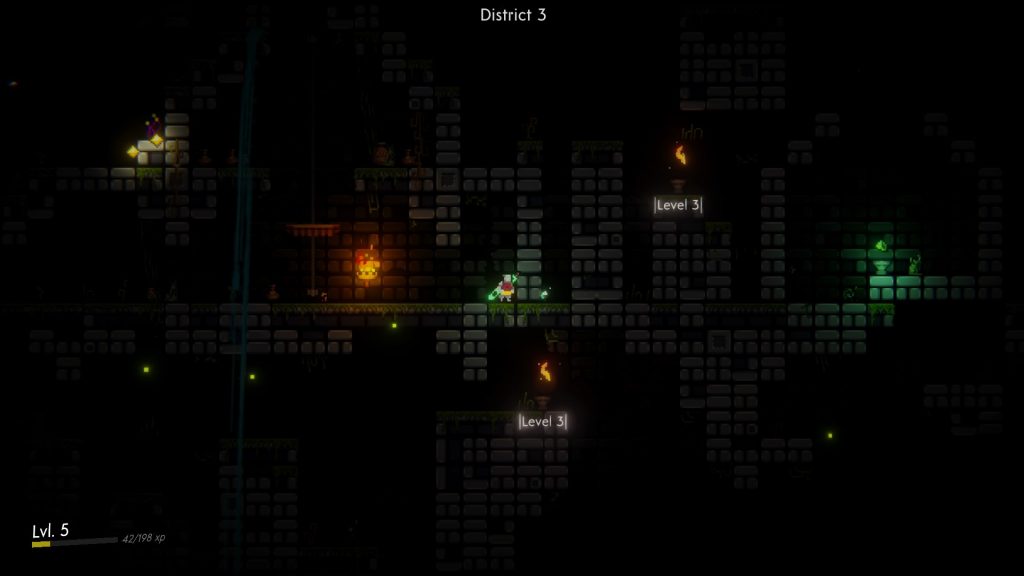 A slight negative is sometimes the procedurally generated levels can come up a bit on the labyrinthine side and borderline impossible to negotiate, in terms of getting to the exit at least. It’s only a slight annoyance.  The usual Ratalaika caveats apply in terms of the trophies being laughably straightforward, not an incentive for trophy whores to play on any further. But from this reviewer’s point of view, relaxation is the order of the day for us.

But in conclusion, what we have here in Himno is a great little game you’d do well to carry on playing well after the last trophy has unlocked.