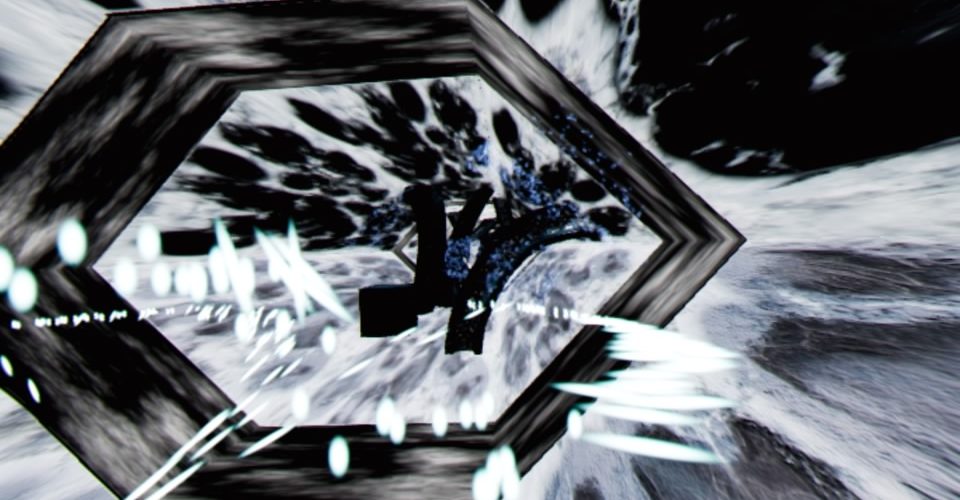 As far as game names go, Hex Tunnel by specialist VR devs Owlgorithm, is right on the nose as all of the game’s seven stages are set in hexagon-shaped tunnels that you have to traverse in order to “master the elements and become a supreme being” and so it’s up to you to don your PSVR headset and start drifting in first person towards the end of each tunnel.

Oddly, the game doesn’t use the Move controllers or the DualShock 4 (aside from you needing to press X to select menu options).  In this game you steer your way through randomly-generated tunnels by looking at where you want to go.  Steer may not be the exact word as the tunnels are straight but you’ll need to weave your way through obstacles in order to progress.  Any collision ends your run and you’ll need to restart that level. 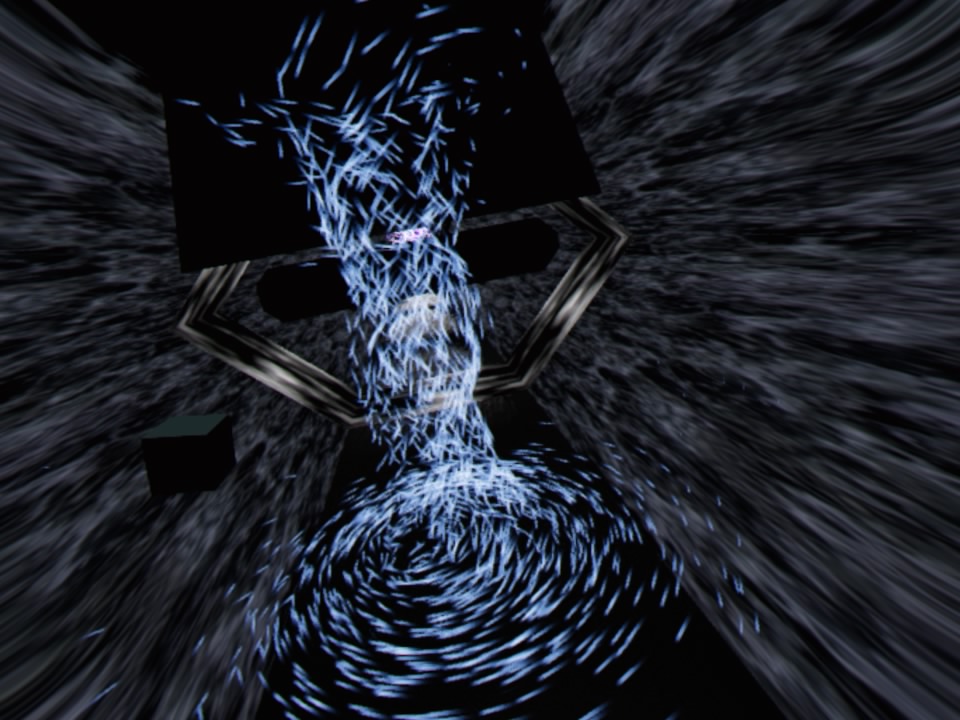 Obstacles come in two types.  Static obstacles are usually part of the tunnel itself and act as barriers.  You’ll need to spot the gap in these and sometimes they do take up much of the available space, forcing you to thread the needle a little.  The other obstacles are mobile and will bounce around in all directions aside from backwards and forwards in the tunnel.  These tend to be your biggest worry as they can be hard to read.

The game’s five main levels are based on elements: fire, ice, water, earth and air with ‘chaos’ (a mix of the five) and ‘ultra’ (a faster mode) adding to the mix.  Each level is broken into two parts.  Making your way through the tunnel on any level earns you a trophy and then you are put back at the start to run another tunnel.  That’s it for each level but if you fail in the second run, you’ll have to start at the beginning of the first.

The lack of controller support should indicate that this is a fairly simple game, as should the small number of levels, and that is very much the case but it doesn’t stop Hex Tunnel from having some fairly major issues.  The least serious is that the moving obstacles are a bit of a chore and so you’ll find yourself tucking into a corner of the tunnel in order to avoid them most of the time.  The ‘earth’ tunnels made this pretty much mandatory as they are filled full of bouncing shapes but these shapes can’t really get into those corners and so you can ride through those levels with very little effort. 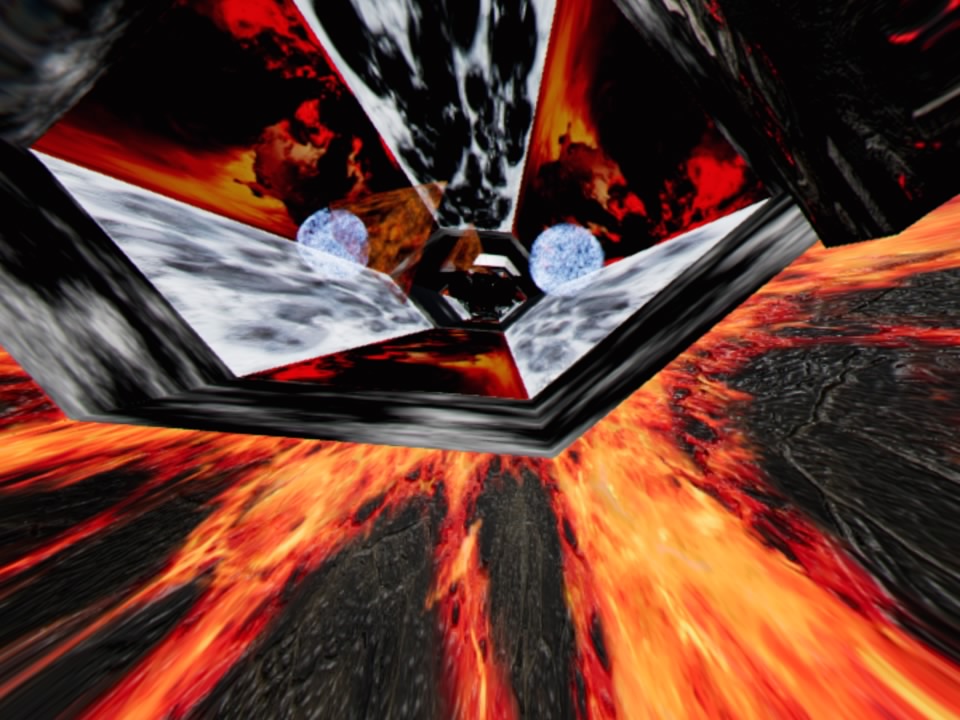 Let’s talk about those obstacles too.  They are squares, circles and triangles.  As basic as it gets.  We’re in a post-Rez world now, surely the devs could have played around with some more interesting shapes or even some organic looking creatures.  In fact, the simplicity of it brought to mind those early ’90s dance music videos where they were just starting to use computer graphics.  Like Prodigy’s One Love but even worse with the visuals looking blurry and ugly.  PSVR isn’t exactly pushing 4K visuals and we get that but this is the ugliest game for it.

The visuals present an even more serious problem though.  The water tunnel adds particle effects (that are supposed to represent water) and these massively get in the way of the action in a frankly disastrous way, often directly contributing to failed attempts.  This is bad enough but the air level is even worse as it combines these with stupidly transparent obstacles that makes you feel like you are trying to wrestle a bunch of Predators in invisible mode.  This is the sort design decision that should have been red-flagged with even the most basic playtesting but was probably kept in because otherwise you’d be done with the game in well under an hour.  The game is still pretty easy though. 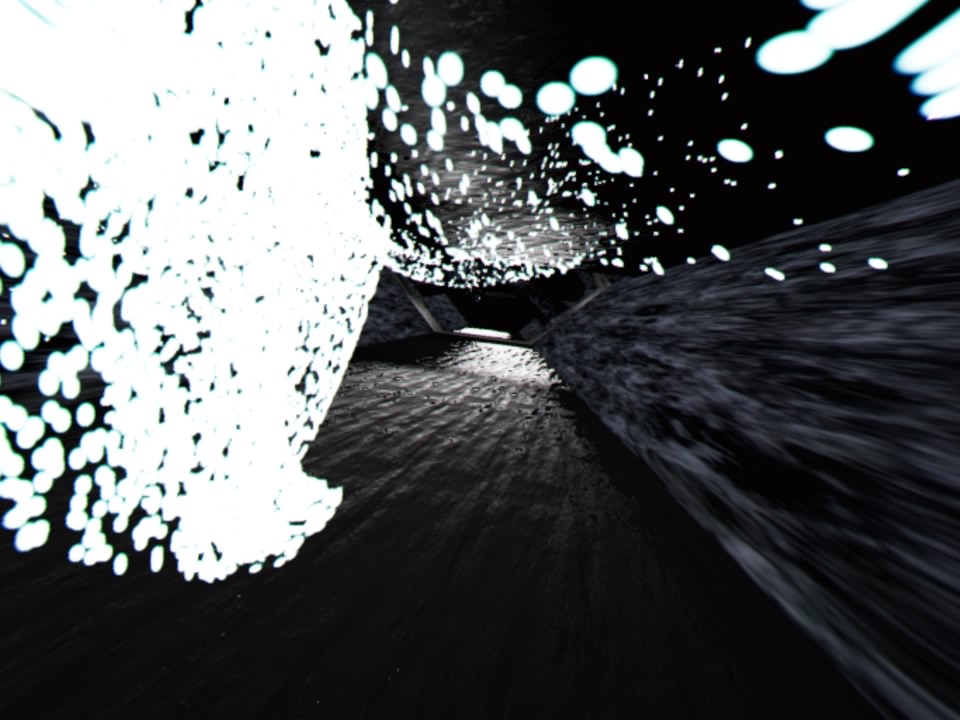 The generic soundtrack tops it off by sounding as dated as the visuals look, a collection of horrible sounding Euro music that you’d expect to hear blaring out of a Ford Escort twenty years ago.  There are no real sound effects either beyond the ping of your latest trophy notification.

On the plus side, steering the action with your head does give you a sense of being ‘in’ the game like we used to get from PSVR a lot more before the effect started to wear off and when you get through a particularly tricky set of obstacles, it can feel pretty rewarding and beating a level does bring a sense of relief, albeit mainly because you’ll be glad you don’t even have to play it again.  But overall the main take away from Hex Tunnel is that it’s probably the most disfunctional PSVR game yet and even at £3.99 it feels like a waste of money.

Hex Tunnel
2 Overall
Pros
+ A good sense of being in the game
+ Head steering works quite well
+ Quite cheap
Cons
- Short and lacking in value
- Ugly visuals that deliberately obscure the action
Summary
Hex Tunnel is an unoriginal idea barely executed and then utterly ruined by some of the worst graphics we've seen in the last three generations of gaming.