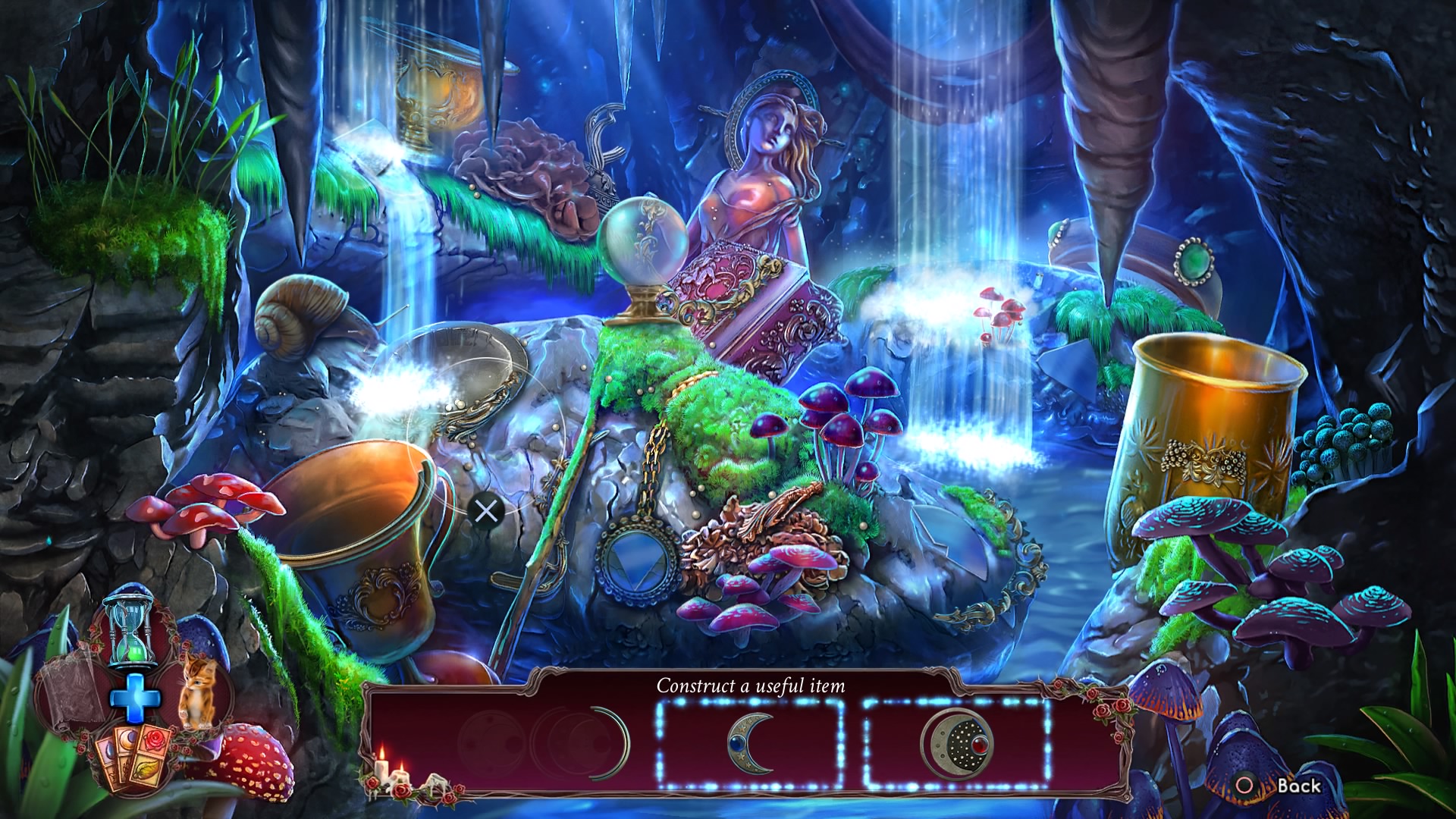 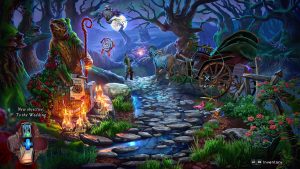 Artifex Mundi are back with another hidden object/adventure game on the PS4. Grim Legends: The Forsaken Bride offers more of the same for those who have played Nightmares of the Deep: The Cursed Heart or Enigmatis: The Ghosts of Maple Creek but if you’ve not tried those games then read on.

You play as a young woman, returning to her home town for her sister’s wedding. Unfortunately your sister is kidnapped by a bear shortly after you arrive and you set out on your adventure to find and save her. Your quest will take you all around the village and surrounding area where puzzles and hidden objects block your progress.

You don’t control a character, merely a cursor which you can use to highlight and select parts of the environment or objects. Each area is represented by an attractive 2D background with certain areas allowing you to take a closer look. Most of the graphics are 2D but the 3D cinematics have improved since I played Nightmares of the Deep, though they’re still well behind triple-A title standard. The voice work is satisfactory, though again different recordings can vary in quality. 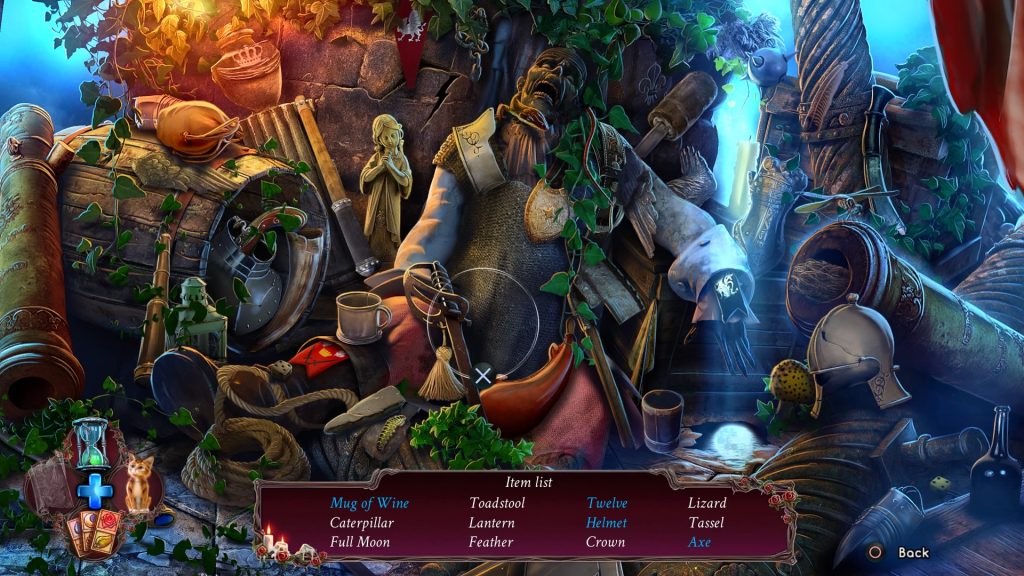 The story isn’t that great with a fairy tale setting and predictable twists that are very obviously signposted. It doesn’t get in the way of the puzzle solving but you’re not going to be desperate to find out what happens next either.

The puzzles you encounter can come in a few different forms. There are item puzzles where you find an item (say a knife) and then you have that item in your inventory and use it on another item (like a parcel tied with string) to collect another item or progress. Then there are logic puzzles where you have to rotate images to create the correct full image or match up symbols, that type of thing. Then there are the hidden object puzzles. These aren’t as predominant as in Nightmares of the Deep but they do still feature heavily. Here you will see a cluttered image and have to pick out items from a list. Some are easier to find than others with items strategically placed to hide in plain sight but with some patience they’re all doable.

If you do get stuck a hint system is available on a cool down, though be sure you want to use it as the puzzles are the only gameplay so skipping through them will cheapen the experience somewhat. If you don’t enjoy the hidden object puzzles then, like in Nightmares of the Deep, you can do a minigame instead. Instead of Mahjong like it was in that game though, this time it is dominoes. 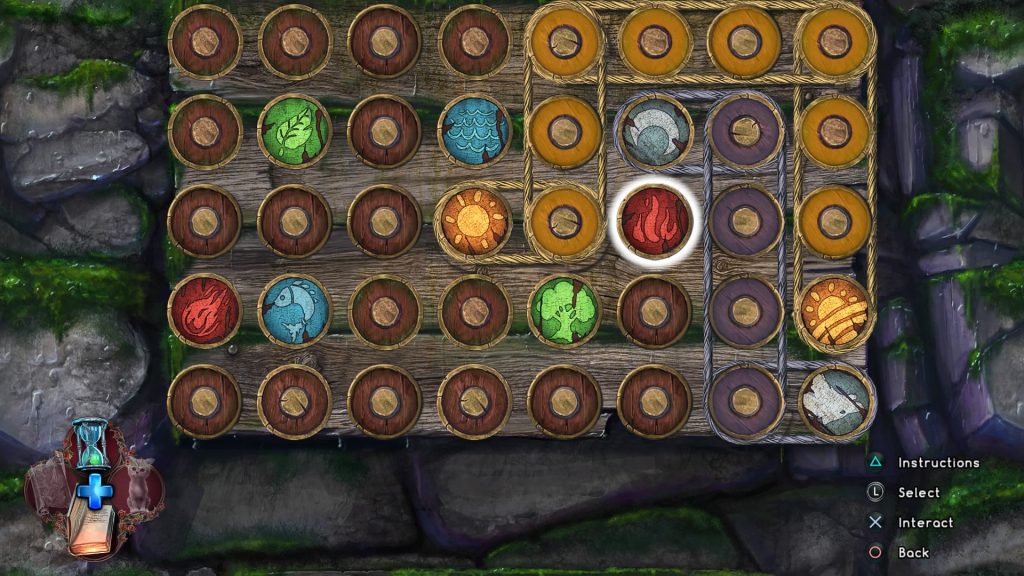 The one obvious difference is the inclusion of a familiar, a little cat you rescue early on. This promises to add more to the gameplay as you can call on them at any time but they only function if there is something for them to interact with so they ultimately boil down to another item that doesn’t live in your inventory and you use to reach something that’s too far away. A bit of a missed opportunity.

You do still have to return to previously completed hidden object puzzles which was a niggle I had in the previous game I reviewed, with the only time I got stuck being because I didn’t know that I had to go back to engage with something I’d already completed once but it isn’t as offensive here with it happening far less. You also spend less time in each area than you did it that game which stops the environments becoming boring. The cursor is still a bit big and inaccurate for the hidden object puzzles though. 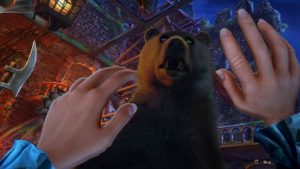 I enjoyed Grim Legends: The Forsaken Bride slightly more than Nightmares of the Deep: The Cursed Heart, though it is ultimately still a time waster you’d download on your tablet. The minor improvements made to the pacing make it a smoother experience and the slight increase in production values make the story easier to swallow. If you’re a fan of these games then you’ve got another to add to your collection, if you’re interested but haven’t tried them before then they’re all the same price so take your pick and if you weren’t interested before then that probably won’t have changed with this release.

Grim Legends: The Forsaken Bride
7 Overall
Pros
+ Nice 2D artwork + Enjoyable puzzles + Improved over previous games
Cons
- Minor interface gripes - No replay value - Story is a bit generic
Summary
Grim Legends: The Forsaken Bride is another hidden object puzzle game from Artifex Mundi. If you've played any before then you know exactly what to expect here as not a lot has changed. If you haven't then if you can get over playing a game that would not look out of place on your phone on your PS4 then you can gain some enjoyment out of the sedate gameplay and light puzzles.