It’s good to see Avalanche trying something new. With Just Cause‘s popularity waning over the last two outings, Generation Zero is looking to reignite a spark. A passion project with a very home grown feel and setting, this open-world shooter is hoping to find a crowd willing to invest in a new project. 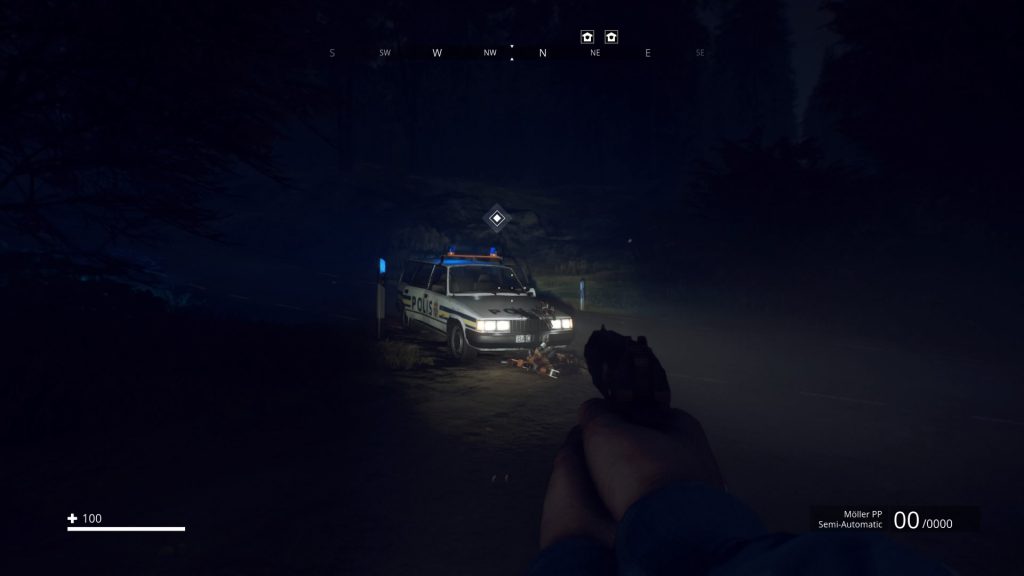 You’re placed in a gorgeous, wild outdoors in a machine-infested Swedish countryside. It’s the 80’s and finding clues about survivors is Generation Zero’s main narrative pull. En route, you’ll be finding shipments of robots and trying to uncover their origin. It’s told mostly through text excerpts and radio broadcasts. There’s some environmental storytelling but it’s mostly a tale left for you find. There’s very few cut-scenes or opportunities to meet new characters. It can feel a little disconnected but it does help sell isolation.

Indoor areas feel lived in and hastily abandoned. Signs of life come from the wildlife which is seemingly unaffected by the robot invasion. Sound works well to convey the loneliness with birdsong and wind chiming through your ears. Silence works well and the electronic whirring of enemies come into sharper focus. Music is sparingly used to heighten tension or draw attention to a big encounter. It combines well and it’s garnished with gunfire that really sound vicious. 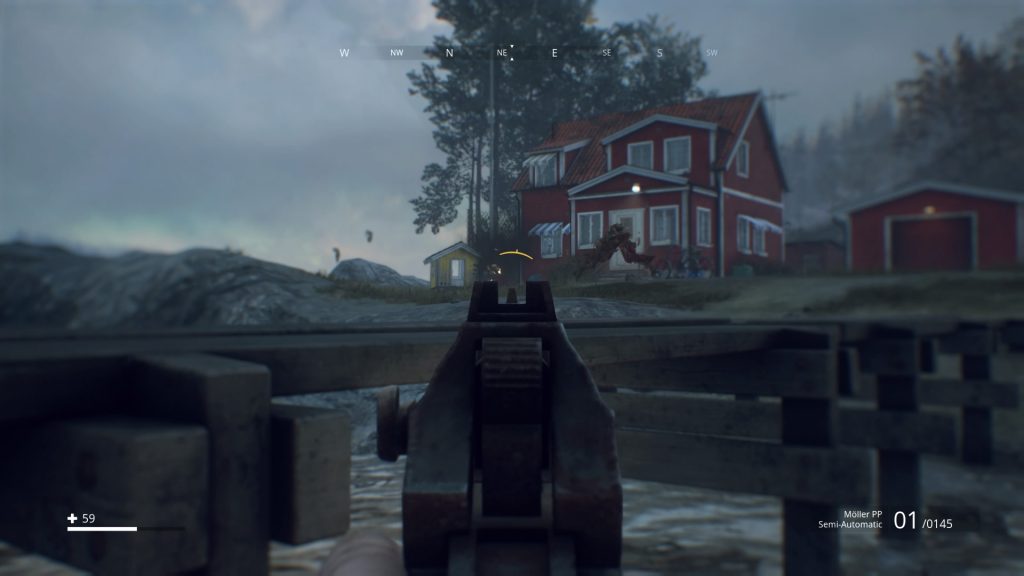 Combat is visceral with robotic hoards hunting usually in packs. In numbers, they can overwhelm you but the AI’s simple and occasionally dumb enough to allow you to slip by. They all have their individual weaknesses but manoeuvring your way to them can be tricky, especially on the larger brutes. Your threat indicator is reliable and effective at showing you points of concern.

The bread and butter Runners can be dispatched with a single shot to their fuel cell. It does allow for some efficient thinning of the herd. Once Hunters and Tanks are introduced, combat becomes more of a challenge. These two types come with more options to dispose of you and carry a genuine menace. Tanks can take forever to take down so utilising traps are probably your best option. Trying to remain hidden against these hulks can prove a problem. You need cover against their missile barrages and, sometimes, that’s not readily at hand.

These elongated fights make me wonder how geared this game is towards co-op play. It’s a simple system that allows for drop-in, drop-out play and, when others show up, progress can quicken to a swift pace. Voice chat’s available to keep groups coordinated. With others, the tense, predatory combat can develop into something a lot more relaxed as numbers really do bring a sense of strength.

You see all the enemy types early on. There’s not a lot Generation Zero is willing to hold back from you. Weapon types are found quickly and, even the mission types start to plough the same furrow. Whilst it does appear to offer a live experience with more content due to come, the current product feels a little stretched out and slight. 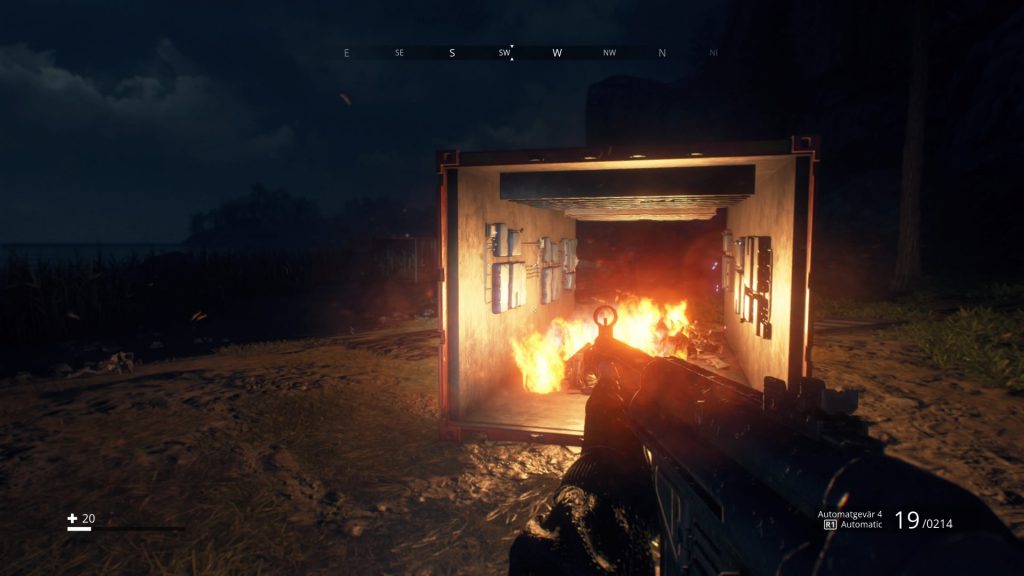 There’s only a handful of weapons but the emptiness of the outside world really help bullets punctuate the ambience. It’s almost a shame to silence them in a game where stealth seems to take such precedence. Looting for supplies is surprisingly compulsive. Cosmetic clothes can sometimes bring passive benefits like quieter movement and bullet resistance. It’s a shame you can compare gear on the fly but trash can be discarded easily.

Most of your objectives task you with investigating areas for places of safety or clues to follow. As such, you’re travelling, usually some distance to look for radio messages or notes before moving on. The journey takes you to many rural locations with churches and a smattering of villages to explore. There’s also some labyrinthine bunkers but the world map never shakes this countryside feel. On top of that, buildings have a prefab construction that can make them all bleed together. Even bunkers contain similar layouts that can make them easy to forget.

With such distance between them, exploring can occasionally feel like a chore. Sometimes you have little to divert your attention and, depending on how well you’re stocked, you may want to avoid combat completely. Fast travel is available between safehouses but there’s still a distance
to cover. On the plus side, loot replenishes often. You should rarely be lean on ammo, items and health.

Technically, Generation Zero is in a better place than it was at launch. Patches have rectified the more terminal bugs and problems. Unfortunately, there’s still some minor glitches that dent my confidence. For a game that looks polished, seeing quest markers remain inexplicably active and finding myself locked in a bunker puts the fear in me. Whilst the game’s held together in the most important areas, there’s always the worry something could go wrong. 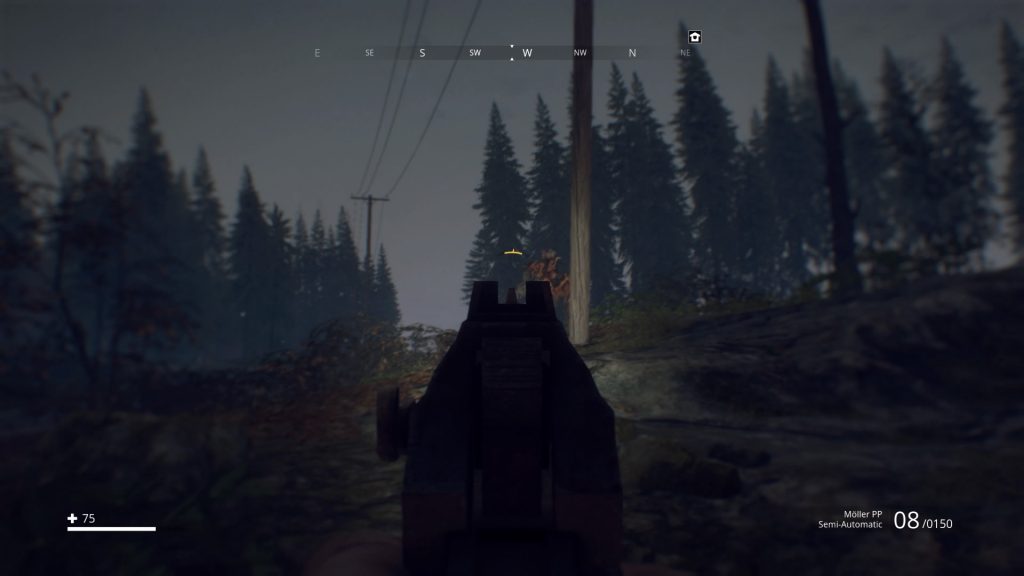 Generation Zero‘s lush world lacks mission variety and tasks you with stretches of emptiness. Technical issues provide some cause for concern but patches and the live nature of the game should hopefully smooth out some of the rougher aspects. What the game does have is an enjoyable cooperative experience. Going solo results in a compelling time stalking robots in rural Sweden. That hook might not be enough, at least for now.

Generation Zero
6 Overall
Pros
+ A gorgeous looking game.
+ Sound is sparse and helps enforce the isolation.
+ Stealth is compelling and gunfire has a real punch.
+ Co-op is fluid and turns the more titanic battles in your favour.
Cons
- Technical problems persist, although I've not found anything terminal.
- The large map can feel empty at times with plenty of ground to cover between objectives.
- Loot and weapon variety is a little lacking.
- Enemy variety is slim and can make some encounters feel routine.
Summary
I find Generation Zero to have an interesting, stealthy core that sadly is undermined by a somewhat empty world. The technical issues might lead some to hold off and I do hope Avalanche keep supporting this blueprint. There is an appeal to this that does want me to return, providing something more is on the horizon.