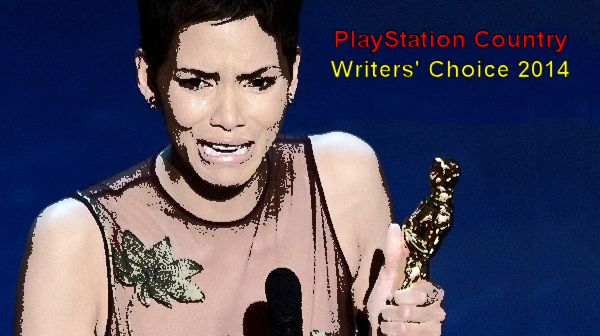 As a PlayStation-only site, we’ve had an interesting year here at PlayStation Country. You see, at the start of 2014, the PS4 was rubbish. It had no good full-retail games and the only decent digital title was the mighty Resogun.  As the writing team here started picking up PS4s, we had no idea we were going to start a site up but as the release schedules started filling up with actually good games, we decided to start writing about them.  Our first article was published in September, just three and a half months ago, and since then we’ve been struggling to keep up as the games came thick and fast on the PS4 and Vita.  We’ve even handled some PS3 stuff along the way.

So, while we may only be wee and embryonic at the moment, we’ve played the best games that 2014 has had to offer.  So here are our selections for the inaugral PlayStation Country ‘Games of the Year’ awards.

I like to think of myself as the kind of gamer that isn’t just about the triple-A titles.  I love my indie releases more than anything and no games give me greater pleasure than some kooky half-broken lemon that still manages to be a ton of fun.  You don’t know how much time I spent playing Two Worlds on the Xbox 360.  So for me to pick a sandbox shooter, and one from Ubisoft especially, is kind of ridiculous.

The thing is, this game just did so many things right that in the end I just had to sit back and let myself enjoy it.  I can take or leave the story, but that’s me with most games.  The main draw here is the combat.  The gun battles in this game are just so fantastic and they never get old.  There’s a huge amount of weapons to play with, fantastic physics to send your enemies flying and the random touches of gameplay that the games’ wildlife adds just add to the chaos.

Yes, it’s everything I usually hate but Far Cry 4 is legit.

There were many choices this year.   Mainly on the Vita it has to be said.  While Geometry Wars 3 made a very strong case to win this, it was Rogue Legacy, an old-school Rogue-like platformer that I spent months playing.  I’m not a huge fan of platformers and I don’t think I’ve ever liked a Rogue-like before but Rogue Legacy‘s addictive gameplay just keeps me coming back.  It’s balls-hard for a very long time but not in a hateful way and somehow manages to stay fun even when it is kicking your arse. 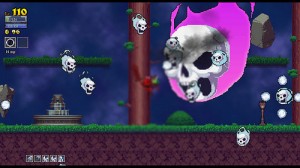 Rogue Legacy. A lesson in humility.

I’m not the biggest fan of the Middle Earth series but this just sucked me in. The nemesis system is revolutionary and is the first sign of true innovation in this console generation. More of this please!

This game is excellent. It’s challenging but no so much that you want to throw the controller across the room, you just press x and start again. It’s simple to learn, tough to master and has some of the best retro styled visuals and music on the PSN store currently.

Geometry Wars 3. Bringing the big dick to the PS4.

A full retail release is a little harder for me to judge as someone who has used the start of this generation to play catch-up with several re-releases.  Thankfully the somewhat lacklustre big-hitters have allowed Middle-earth: Shadows of Mordor to emerge as this year’s surprise package.  A muted release saw this game quietly slip out into the wild and the game has proven to be an entertaining open-world experience with satisfying combat and a ton of things to do.  The environment might be a brown drab but, with the Nemesis system working so well in the background, you’re barely standing still enough to notice.  Its an idea worth stealing, if you’re willing to do it well.

As downloadable titles go, few have hooked me more than Geometry Wars 3.  Whilst the pricing may feel a little steep to some, revisiting old levels to 3-star them or compete against your friends scores make me feel like I’ve got my money’s worth.  Adventure Mode gives you a varied campaign with many tweaks on the old classic modes that provide some interesting and challenging stages which ultimately leave me coming back for more.  This game has me by the wife and kids. 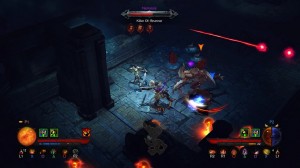 Diablo 3. Better looting than all the US states put together.

I’m kind of done with it now but I’ve maxed out three characters (the Monk is my favourite) and played a decent amount with the others. That’s a lot of time I’ve spent with this and for something that is basically just holding the X button down and picking up new equipment it’s a testament to the design and the loot game that it’s as entertaining and addictive as it is.

In a year where Dark Souls 2 was released I look back on Diablo 3: Reaper of Souls with most fondness. 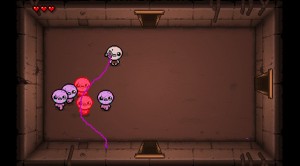 The Binding of Isaac. Screw you, you caption it.

Nothing says ‘next gen’ like a shiny new game replete with stunning visuals and all the increased visual flash you’d want from a £35+ purchase.  For me the shiniest game this year was Far Cry 4. Rest assured though it’s not just a pretty face as Far Cry 4 is packed full of fun too. What kind of fun? Well, how about storming storming enemy strongholds atop an elephant, hmm? If that’s too lo-fi how about taking to the skies and dropping grenades on them or just go the full Bo Duke and perch yourself on a hill side and lose a bunch of explosive arrows before capturing a mortar launcher and turning it against them. Far Cry 4 is loaded with fun open-ended moments like this from unexpectedly running afow of the local wildlife to drug-enduced killing sprees that look more garish than a Spectrum 48k game. So there you go, great visuals, tons of varied, fun gameplay and even an antagonist that’ll have you chuckling at the idea of death sentences for lighting candles.

Doug Stanhope once said “There’ll never be anything as funny as poop” and he’s right, so my digital pick is going to be The Binding of Issac: Rebirth as not only is it possibly one of the most addictive games I’ve played this decade but it’s also stuffed full of enough shit to make a fecalphiliac get hard. It also has other shit too, with literally (not figuratively) hundreds of unlockable items, characters, stages and assorted secrets to keep you playing long into the wee (pun!) hours. Oh yeah, and it was on PS+ too so if you didn’t get this for free stump up the shekels now before you even think about wasting your time on some lazy mobile shovelware. 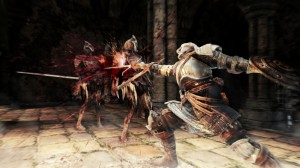 It’s an odd one this.  Inferior to its predecessor in lots of ways, pandering to the mass market with some of the design choices made and frankly just not as good as it ought to have been.  Dark Souls 2 is my game of the year.  By far the best on offer this year, Dark Souls 2 offered an unparalleled challenge to anyone taking part.  The colossal single player campaign was coupled with a great online aspect and enough customisation to satisfy any kleptomaniac.  This game needs to be experienced.  Praise the Sun!

Even dreamt of being a retro-futuristic-neon-hued pilot?  If you have then Luftrausers is the game for you.  This is a perfect example of a digital title, easy to pick up and play difficult to master.  As a high score game you always want to return for one last go and Luftrausers ensures that each time you die it only takes one button press to be back  in the fray.  With a unique two tone colour palette and a different take on the normal twin stick shooter control scheme this is a joy to play, even if the Blimp is chuffing difficult to kill.