We reviewed Foxyland literally two months ago, so we were a little surprised to see Foxyland 2 on the UK Playstation blog so soon. To call Foxyland 2 a sequel is a bit of stretch if we’re perfectly honest. The graphics are effectively identical to those of the first game, just with a few minor flourishes. Unfortunately the dev has made a few changes in the name of progress and what was a fairly fun platformer to start with is now a massive chore. 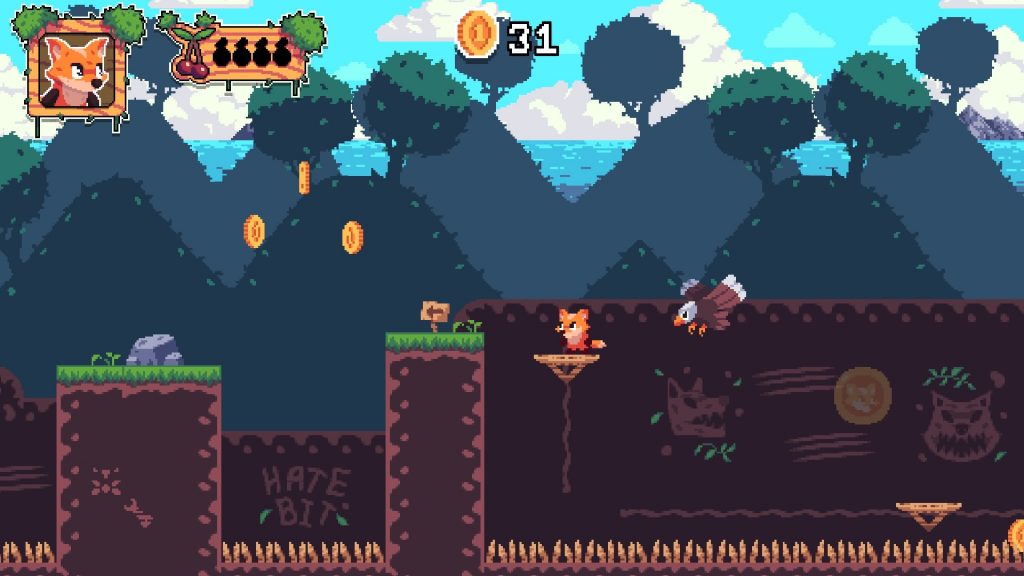 You can now shimmy up walls, a bit like (the excellent) Himno, only rather than it being an autojump, you  have to push the directional pad in the right direction. It means level traversal is now broken. You catch the side of a small platform and rather than mantle up on to it, Foxy sticks to the side, with jumping away from the platform being the only option available to you. Combined with level design that conspires to kill you often, such as a thwomp-a-like adjacent to a platform, you’ll soon get annoyed with Foxyland 2.

Bafflingly, Bug-Studio have done away with the three heart health system from the first game. You’ll die if an enemy so much as brushes you or looks at you funny. This is brought very much to the fore in a boss fight against the villain of the piece. One hit deaths mean you could get to the fifth of six phases on the fight, die cheaply and have to replay the whole damn thing. 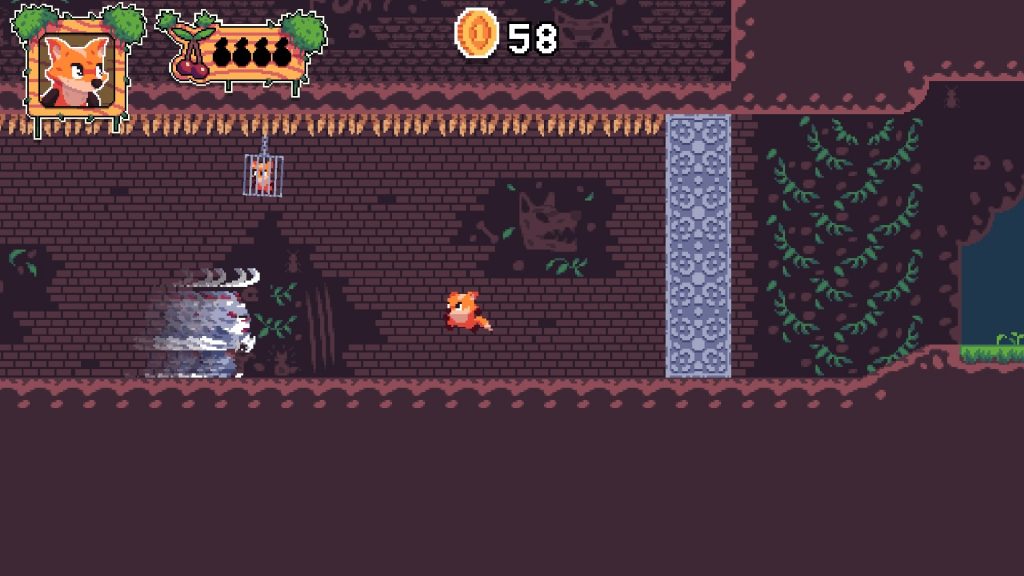 That’s something you’ll find yourself doing a lot. Repeating sections over and over due to a cheap death,  that is. It all comes to a head on level 2-3. Due to checkpoint placing and the level effectively resetting you have to refill your ammo, kill a frog, make some fussy jumps, then activate a switch. Once you ascend the previously inaccessible ladder, you can get killed by a cactus who shoots a projectile at you. Or you mess up a jump. Then you have to do it all again to get to the same point.

Goodwill was already at low ebb from the boss fight so any enthusiasm to continue is gone by this point. It’s telling we sacked off Foxyland 2 at the same point on both Vita and PS4. All the while the wayward movement controls mean you could die at any moment, whether on PS4 or Vita. It’s all very frustrating and led to lots of swearing while playing the game on the train. 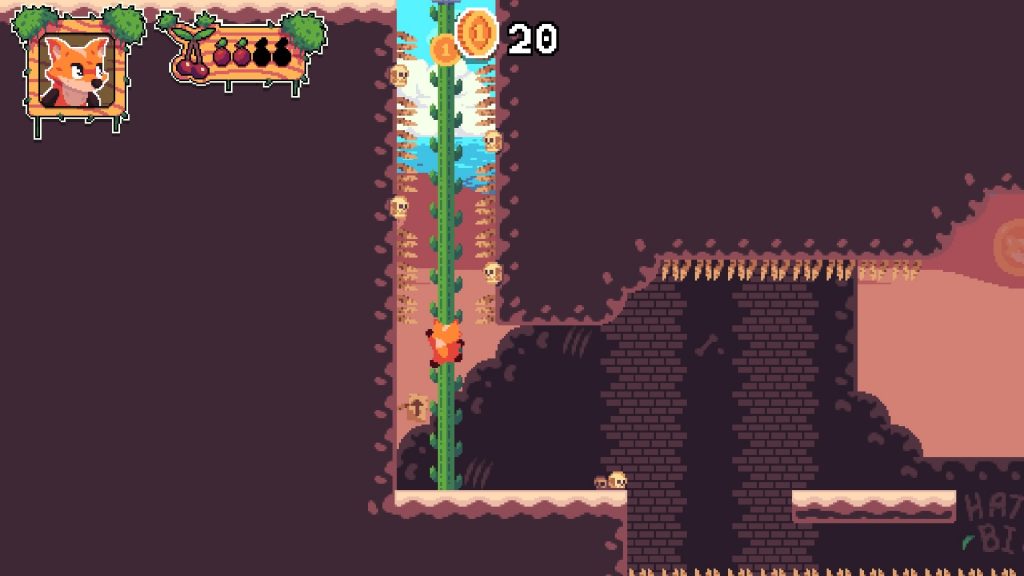 Once again, there’s no real impetus to collect the collectibles in each level, Their only real purpose being to access otherwise gated areas. Sure, you get a trophy for collecting twenty Foxy coins but beyond that point you have no need to seek them out.

Another niggle is you can’t easily jump from a platform if there’s a ladder on the same platform. The game engine interprets your jumping motion as wanting to climb the ladder, even if you’re moving sideways as you do so. The only way to reliably exit such a platform is to nudge sideways a little and be half on the ladder. Then you can make your egress. For a game that apes the likes of the early Mario Bros games, Foxyland 2 gets so many fundamentals wrong. 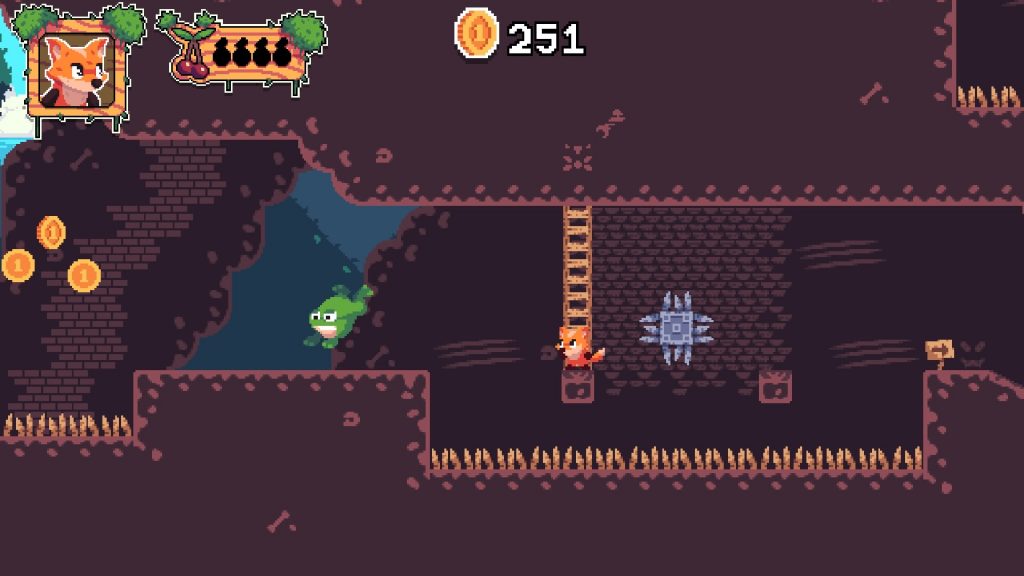 Due to the sloppy platforming and frustrating one-hit deaths we find it very hard indeed to recommend Foxyland 2. We suggest you go to work or do some laundry instead as it’s more fun than this. Games are meant to be a diversion, not ultimate chore. It’s a rare Ratalaika game we don’t feel compelled to push through for an easy platinum. Foxyland 2 is one of them.

Foxyland 2
3 Overall
Pros
+ Colourful graphics
+ Pleasant enough chip music
+ Crossbuy on PS4 & Vita
Cons
- One hit deaths abound
- Having to redo areas over and over
- Worse than the first game
Summary
Game sequels are generally refinements of a formula. Foxyland 2 isn’t, it’s worse. It’s Alien Covenant to the first game’s Prometheus. Almost everything about it is a retrograde step. Avoid.