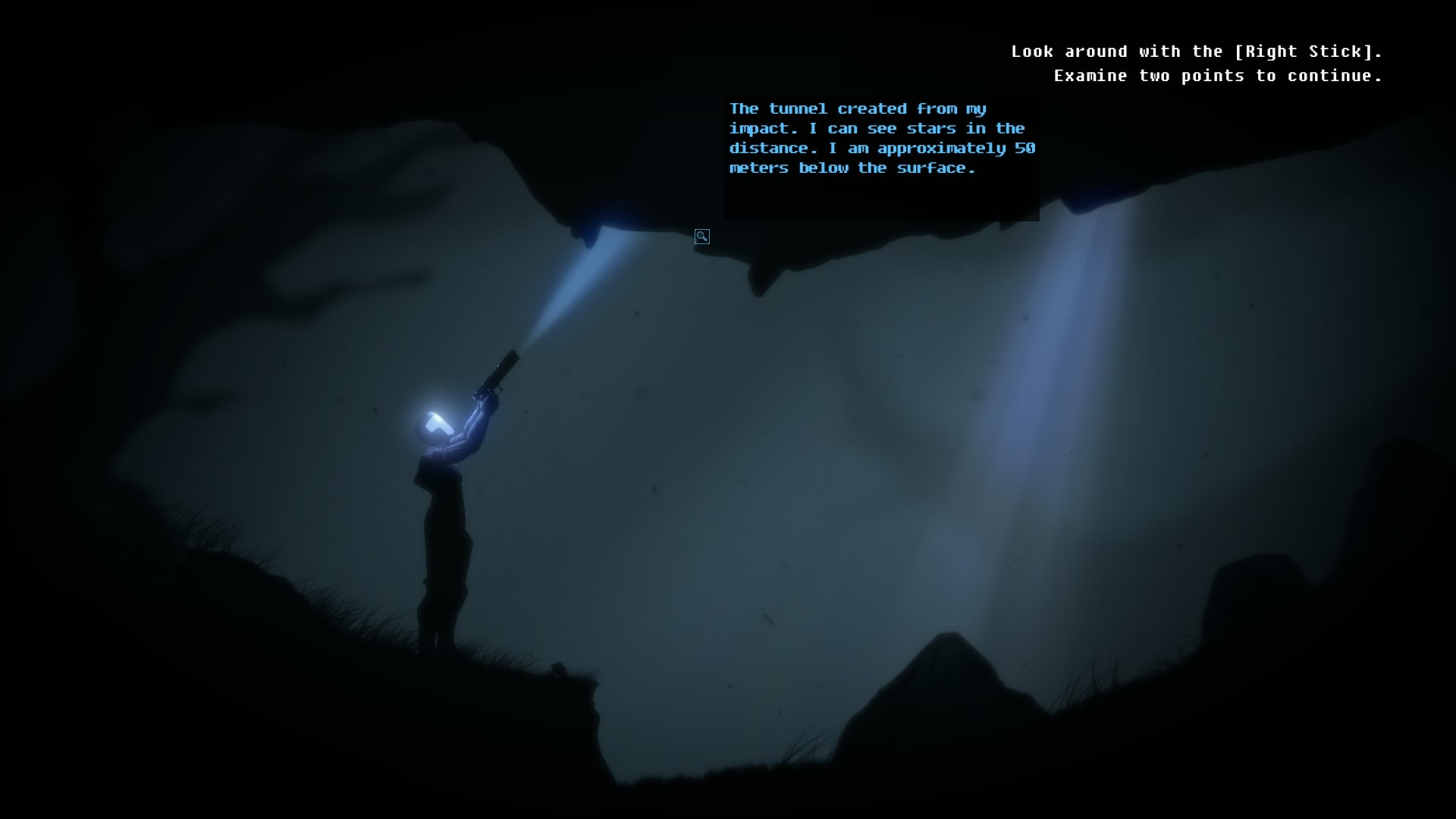 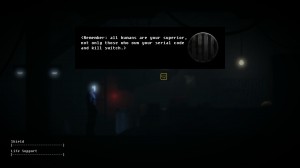 A crowdfunded 2014 PC release, the first episode of The Fall received critical acclaim for its strong storytelling and atmosphere. Now the adventure game from Over the Moon arrives on Playstation 4 hardware to deliver the experience to an audience that potentially missed the first release. Is the first episode worth your time and money one year down the line?

Initially this game feels reminiscent of The Swapper. Both games feature robot suits wandering around long since abandoned compounds and both feature flashlights that become your main tool but whilst The Swapper was very much a puzzle game, The Fall is focused primarily on adventuring. A dark aesthetic fits the game’s overall tone like a glove. Your light punctures the darkness to discover points of interest, rather than being used to project clones and music is exclusively used for combat sequences and important set-pieces so you’re mostly left to absorb the ambiance of your surroundings. Once you overlook the obvious similarities, The Fall becomes its own, significant beast with an emphasis on painting a engrossing tale in a bleak environment.

The story gained Over the Moon some rightful plaudits last year and it’s clearly this product’s best played card. You control a combat suit tasked with keeping your pilot alive after he lost a big fight with gravity. Episode one focuses on A.R.I.D.’s quest for first aid to heal her human contents. Its an interesting perspective to take and its one that’s handled well as she rather single-mindedly perseveres in difficult circumstances. Along the way you meet a couple of supporting characters who add sufficient meat to the premise whilst pushing you along in the right direction. The cast is tight and other story beats are delivered in a sprinkling of written logs which add some welcome background information. Its compact and succinctly written. Nothing seems like unnecessary fat and when the curtain falls you’re left wanting more. 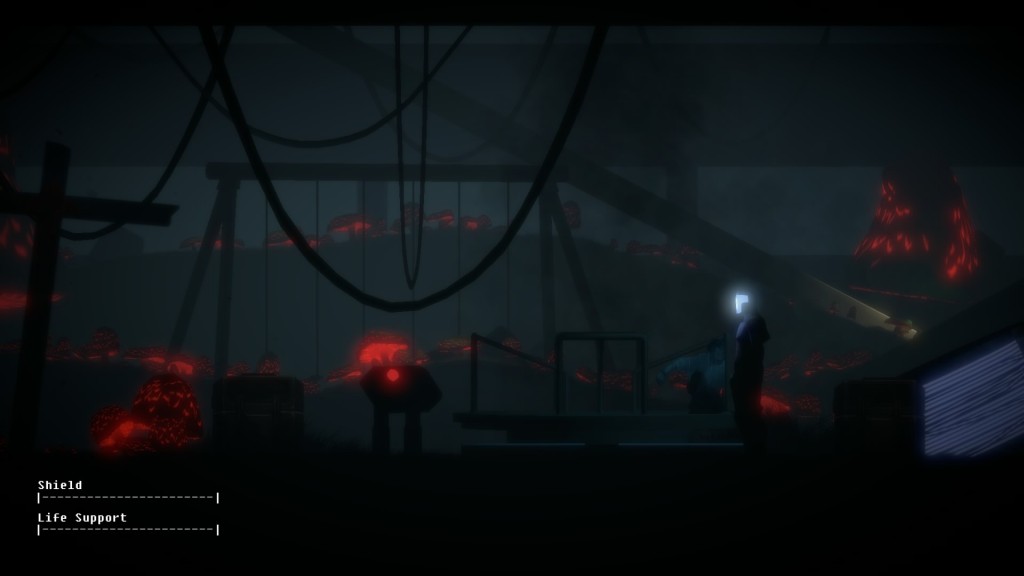 The usual adventure game tropes remain but The Fall doesa fairly decent job of implying where the player needs to go in order to fulfil a task. A.R.I.D. will make an appropriate quip or logs in your inventory will elude to crucial items or information. Its all there and, for me, the only time I stumbled was due to my short-sighted idiocy. The game explicitly tells you from the outset that you should look around for any items that you’ve missed. Areas aren’t especially sprawling so my failures tended to come from missing items due to ignoring certain directions that I thought I’d already combed. Perseverance reaps some great pay-off as some of the puzzle solutions make you feel genuinely clever and aren’t overly obtuse. Items vanish from your inventory when you have no further use for them so there can be some trial and error required if a solution doesn’t immediately come to mind. 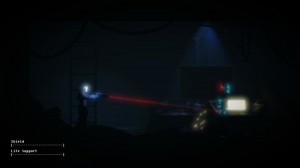 Combat provides the game’s low points. Initially your gun is provided as a means to deal with obstacles which works well enough but problems arise when the game gives you opposition which strikes back. Enemy types are pretty basic with one type that will stay stationary and pop shots at you whilst the quicker enemies will attempt to rush you. There’s nothing challenging about the gun-play but it feels stiff and clunky. Aiming is manual and, whilst cover and a cloaking mechanic is available to you, there will be times when you’re shot to ribbons. In the heavier sections I had to resort to hanging back and waiting agonisingly for my shield and health to recharge before engaging the enemies again. Its tedious and can bog down the game’s deliberate pacing but luckily the combat sections are few and far between. A lock-on may have elevated some of my issues but these segments fortunately don’t carry too much threat and the game checkpoints well enough to feel like you’re always moving forward.

The Fall is an enjoyable adventure with a well executed story that’ll leave you wanting more. The combat may be the game’s weakest aspect but it doesn’t detract too much focus from the excellent narrative. Those wanting to spend an afternoon diving into the dark world of The Fall should be well served with some clever puzzles on display and hopefully the remaining episodes come to fruition. There’s a very strong first impression here and I’m eager to see what follows.

The Fall: Episode One
8 Overall
Pros
+ Fantastic storytelling. + Great atmosphere with some cheeky, dark humour. + Impressive, clever puzzles.
Cons
- Clunky combat. - Can't escape the usual genre tropes. - 'To be continued.'
Summary
Whilst The Fall: Episode One can't escape the trappings of it's chosen genre, it delivers a delightfully tight, if brief story. Its dark, playful sense of humour punctuates a dreary world with some clever puzzles on display. I do hope they don't leave me hanging for a second helping. This feels like a nice episode of something like The Twilight Zone. It's definitely worth your time.