Eventide 2: Sorcerer’s Mirror is another outing for the hidden object game developers Artifex Mundi.  We’ve reviewed a few of these now and I generally enjoy them.  They offer a relaxing way to spend a few hours on light puzzles and a dramatic story.  I understand these wont be for everyone but if you’ve caught the bug, like me, this is another welcome release.

The story being told loosely follows on from the first Eventide game and involves the same protagonist and same big bad. The story opens with a very dramatic scene where your niece gets captured and you are pushed off a mountain, this opening was really full of action and a great set up to the story. You quickly recover and set off on a mission to rescue your niece solving hidden object puzzles as you go. 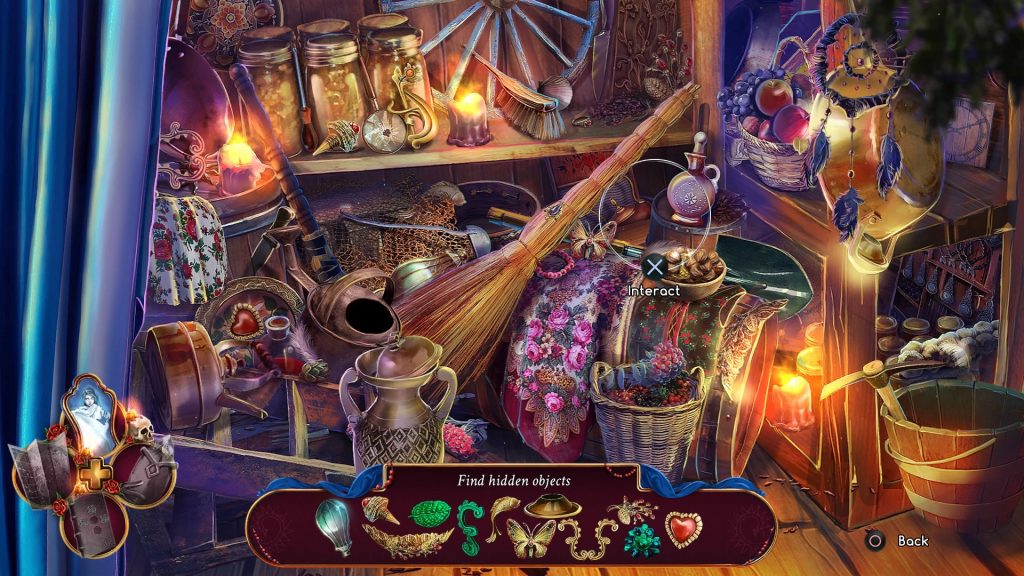 One of the reasons I enjoy the Eventide games is the fact I get to explore a fantasy I’m not too familiar with.  This time the story is inspired by the traditional Polish folk tale of Pan Twardowski, basically a sorcerer who sells his soul to the devil. I was interested in this, and whilst I missed the collectible bestiary cards from first game I still enjoyed the overall tale being told.

Playing Eventide 2 is the same as the other games from Artifex Mundi. You navigate through a series of well drawn 2D backgrounds solving puzzles along the way.  Control is via a circle which you sweep around the screen and you have to interact with objects, sometimes zooming into certain specific locations. Interaction is limited to pressing the X button to touch objects, or sometimes opening up your menu to combine items together.  You have no direct control over a character and progression is simply on a screen by screen basis. 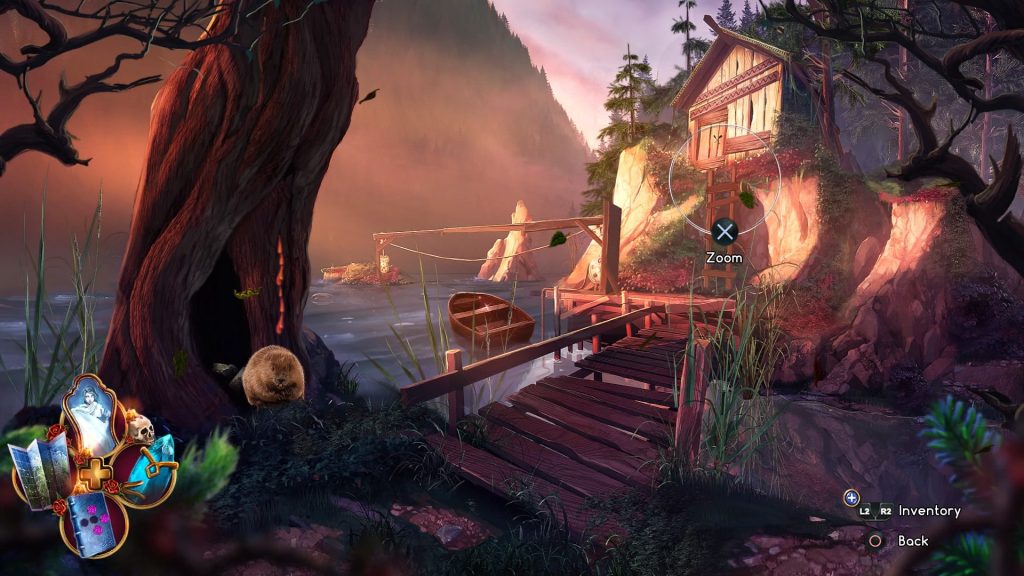 The puzzles on offer start off with a decent variety and while the old favourites from the other titles are all present and correct, these are mixed up well which lends Eventide 2: Sorcerer’s Mirror a great sense of variety. I found the further I progressed in the game there was more of a reliance on traditional hidden object scenes and, whilst I do enjoy these, the prevalence of them at the end of the story did take some of the shine off the earlier variety.

Some of the puzzles involve mixing herbal recipes and in order to complete these you need to follow the instructions from a book and combine the items in the correct order.  Although I’ve definitely seen this style of puzzle before, I do like the way it makes me feel like I’m actually crafting a potion and is a nice change.

Eventide 2 does a very interesting thing with the story too in that it gives you choices to make as to how you progress the tale. This is nothing new to videogames and it is clearly taking inspiration from the work Telltale does in their episodic games. The choices here are pretty binary between either helping or not helping certain people, and I’m pretty sure they don’t actually alter the overall tale being told. Regardless of this though I found the introduction of a new mechanic to be really welcome and pleasantly surprising. 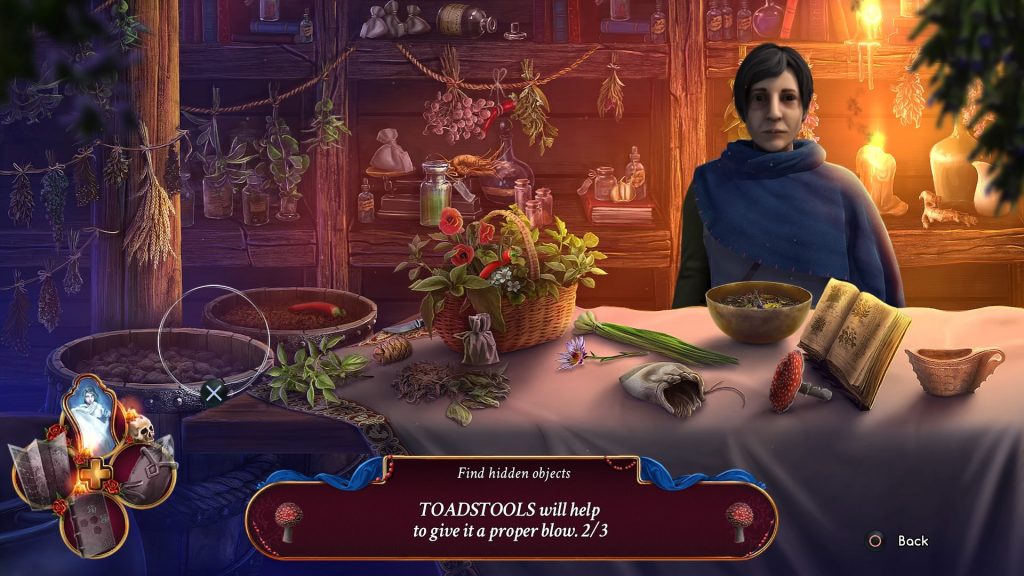 This time round it felt the cutscenes and character scenes had been spruced up a little and they didn’t look as low quality as previous games.  I also really enjoyed the voice work here and again felt this had improved over previous games. I know the quality of this part of the game is never going to be up there with larger budget releases but it is nice to see an improvement here and there.

Eventide 2: Sorcerer’s Mirror is a decent light puzzle and story game and sticks very much to the formula which Artifex Mundi follow with each release. It was nice to see the dialogue choices introduced in this game, and I very much welcome innovation in this regard.  I’ve enjoyed my time here once again and I can easily recommend this game to anyone looking for a light puzzle adventure game.

Eventide2: Sorcerer’s Mirror
7 Overall
Pros
+ Decent setting and interesting story.
+ Welcome introduction of narrative choices in the game.
+ The acting and cutscenes seem to have improved.
Cons
- The late game seems to have an over reliance on traditional hidden object style games.
- The removal of the bestiary cards, as seen in the first game, is a shame.
- This isn’t going to attract new players as it sticks very close to the formula of previous games.
Summary
Eventide 2: Sorcerers Mirror is a decent light puzzle and story game which sticks very much to the formula Artifex Mundi follow with each release. Interestingly though there is some welcome innovation in the form of dialogue choices leading to slightly branching narrative paths. Once again this is easy to recommend to anyone looking for a light puzzle adventure game.