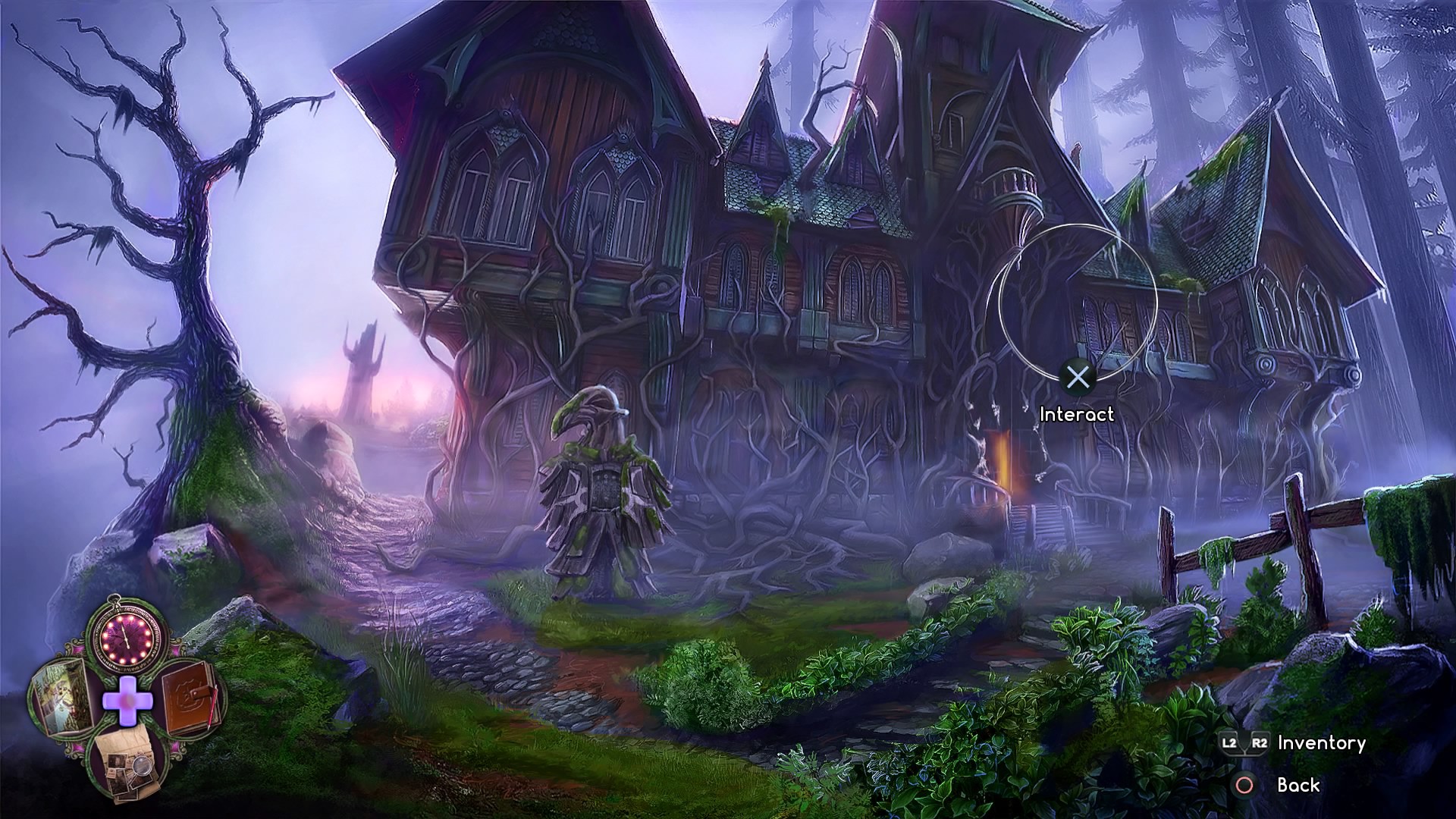 Enigmatis 2: The Mists of Ravenwood is another game from Artifex Mundi, the hidden object game people.  This is the second entry in the Enigmatis series and continues the tale of the same detective as she follows the trail of the murderous priest from the first game. If you’ve ever played a hidden object style game before you’ll pretty much know what you’re in for here.

For anyone new to the genre the game plays out through a series of 2D screens and the puzzles contained on these. You control a large circular cursor as you sweep this over the scene selecting objects as you go. Often these scenes will zoom in to focus on specific puzzle types and provide some minimal animation to give the game a wonderfully natural perspective, spiders will creep or birds will flap that kind of thing. These games are light puzzle games with the puzzles generally being the variety of manipulating 2D objects to match colours or complete patterns. Enigmatis 2 does stick very close to this formula. The key attributes which make each entry stand out from the others is the story as this is a direct sequel to the first game in the series, whilst it can be played as a stand alone title, I would recommend you play the first one beforehand. 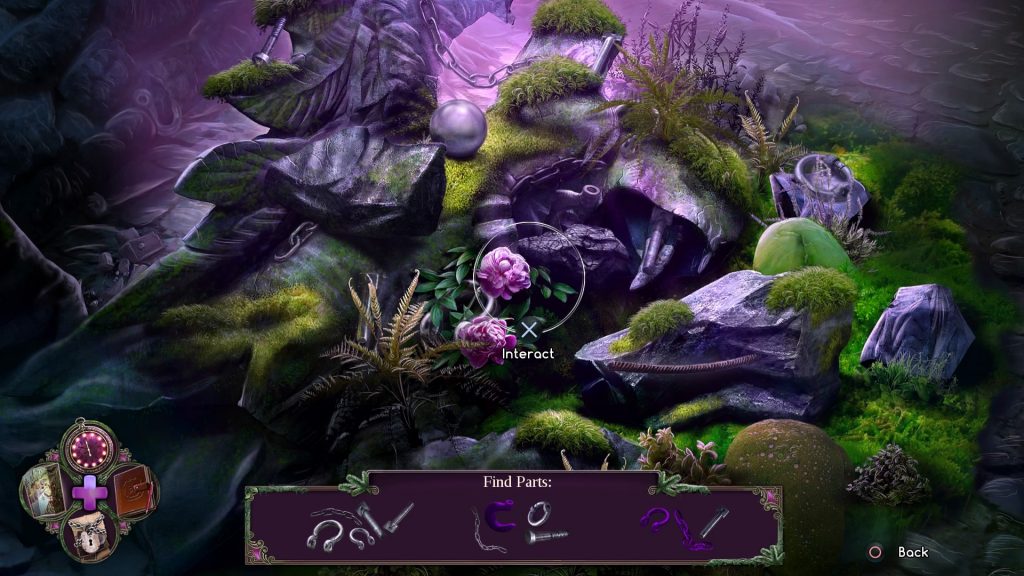 The story in Enigmatis 2 is set in a theme park somewhere in the great redwood forests of America.  This park is being haunted by a large ghostly raven which appears to be luring tourists to their death. You play the same protagonist as in the first game as you are hot on the trail of the same serial killer priest. This is a nice touch as it is able to build on the decent story told previously and overall I was eager to see how this unfolded, finding myself getting caught up in the tale. 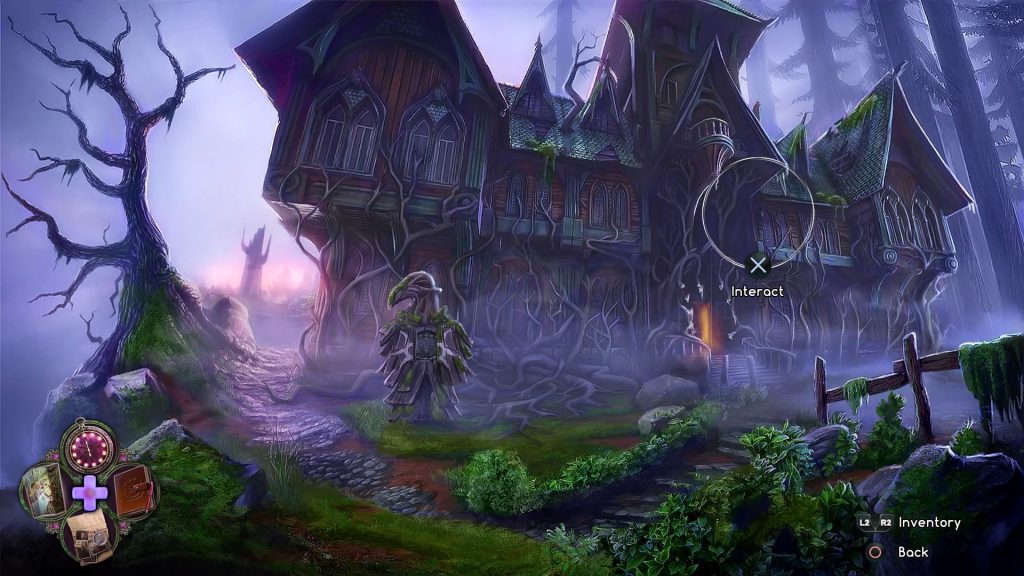 The moment to moment gameplay is at a fairly sedate pace and you can complete the puzzles with no real pressure for failure. Whilst none of the puzzle are truly hard, there are some which are frustrating to understand as the instructions aren’t always the clearest.  As with other games of the genre there is a generous hint system which effectively supports players of all abilities to solve any puzzle in the game.

Enigmatis 2 gently introduces new kinds of hidden object puzzles this time round. Now instead of only picking items of a list of words you may be tasked with finding specific silhouetted items to then use on other items or interacting with the background to find other hidden items. These all add gentle variety to the gameplay. If you choose not to complete the hidden object games then you do have option of doing a card matching minigame instead. Again this adds nice variation to the game. 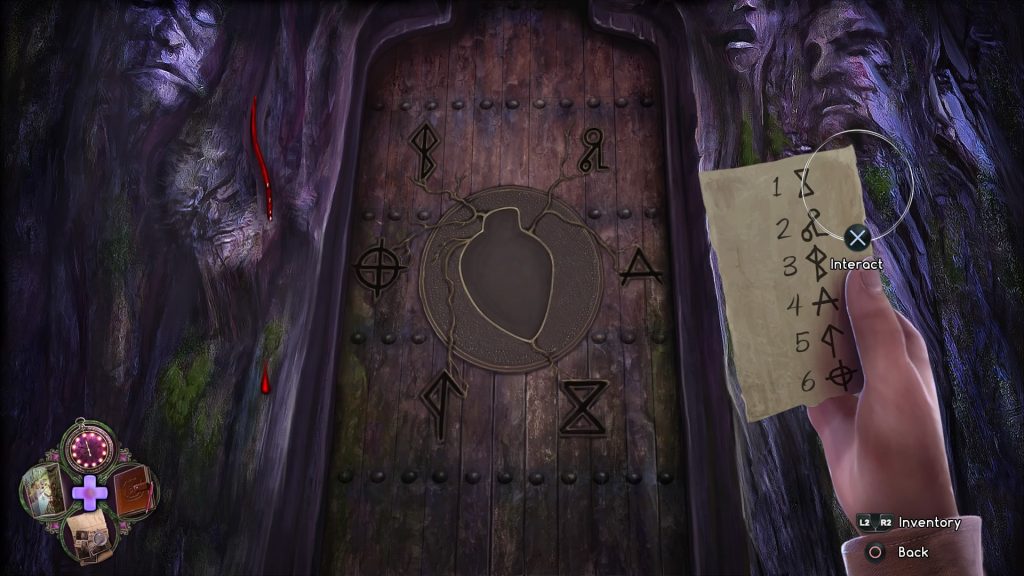 Returning in this game is the evidence wall which is the section where you have to piece together the clues to the mystery.  I really liked this part of the game as it made me feel like I was a proper detective, it remains simple to complete but again adds a nice variation to the gameplay to keep you interested.

The whole tone of Enigmatis 2 is one of light thriller. There are some spooky sections where skeletons are uncovered with the odd jump scare but nothing too frightening. It has the feel of a Sunday afternoon drama. This tone is also supported by the comforting ambiance provided by the music. It is a very easy game to relax with a lose a couple of hours to. 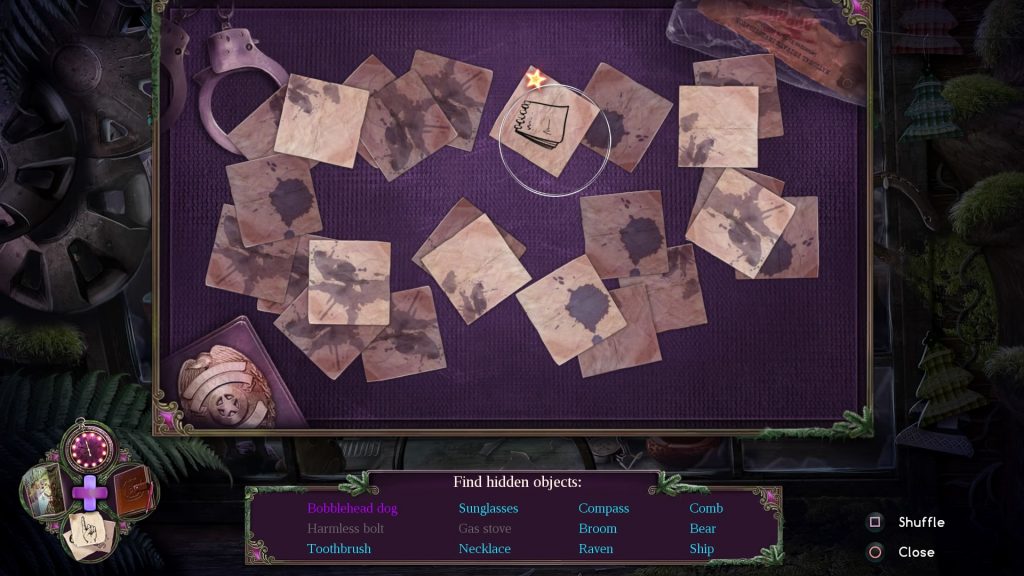 In keeping with the other hidden object games Enigmatis 2 also has issues. It feels to me very much like Artifex Mundi put these games out in a very workmanlike way as these issues have been present in all of their other games. The voice acting isn’t great, although it did seem improved from other games, and the almost stationary cutscenes have a low resolution feel to them.  But somehow this remains part of the charm and doesn’t really get in the way.

Overall then I’ve very much enjoyed my time playing Enigmatis 2: The Mists of Ravenwood. I admit to being a mark for these kind of games but there is undeniably something very relaxing and enjoyable about them. It is another solid hidden object game and definitely on the higher tier of other Artifex Mundi games. I enjoyed the continuation of the story from the first game and will be interested to see how this concludes.

Enigmatis 2: The Mists of Ravenwood
8 Overall
Pros
+ Tells a decent thriller story which successfully continues the story from the first game
+ The crime scene board is a nice addition
+ Some welcome variation to the puzzles
Cons
- Voice acting remains of a low standard
- None of the puzzles are too difficult
- Yet some can be slightly difficult to understand the goal of
Summary
Enigmatis 2: The Mists of Ravenwood is another solid hidden object game and one I thoroughly enjoyed. It takes gentle steps to vary up the puzzles and definitely feels like one of the better games by Artifex Mundi. This is a very easy game to enjoy and the mildly spooky detective story kept my interest throughout.