From Hamburg based developer and publisher Daedelic Entertainment comes Edna and Harvey – The Breakout: Anniversary Edition. The anniversary part refers to the fact that this is a re-release of the original game released back in 2008 on PC. In a similar fashion to the Halo Anniversary on Xbox, you can switch between the original graphical fashion, but many including ourselves are likely to stick with the much better looking reskin. 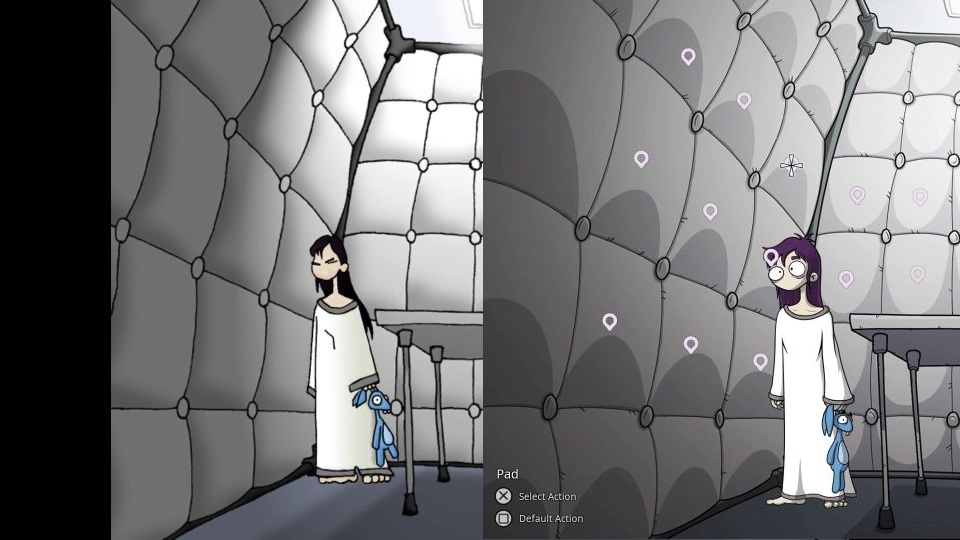 Mechanically, this is very much a PC point and click game so not massively well suited to console gameplay in terms of control and pacing. Though if you’re impatient, you can skip dialogue with

. This definitely helps when you find yourself having to go over the same dialogue choices again and again.

You start the game as Edna in a padded cell with no obvious means of escape. It’s down to you to hoodwink the guard posted outside your door into spilling his guts. Ultimately you’ll find yourself roaming the asylum having made your way out successfully. In both the remastered and original modes, points of interaction are highlighted for you to select. It saves having a roaming cursor at least, but in the first room at least you might find it a little overwhelming. 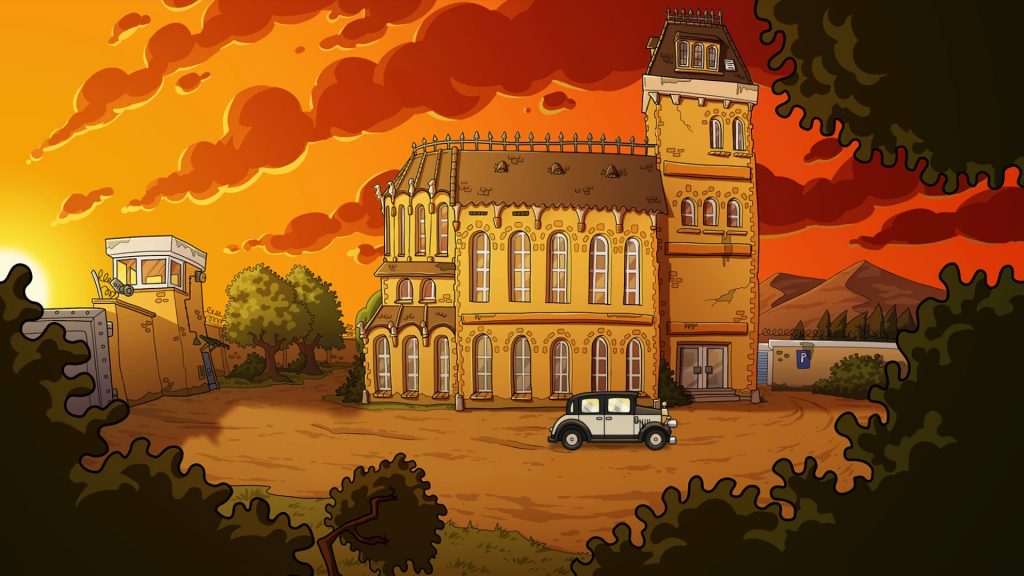 Perhaps it’s partly due to the translation done from what we assume is the original German script, but we didn’t find much of the humour here elicited much more than a knowing smile. Never mind a belly laugh. Also Edna referring to her fellow asylum inmates as ‘mentals’ feels particularly jarring.

As is often the case with games of this type, you’re not going to muddle your way through via luck alone. One sequence where you had to trap an orderly in a room was drawn out far beyond where we’d have liked until we accidentally happened upon a solution.

In fact, we got so stuck in one puzzle much later that it was abundantly obvious to us as to what we could do. We were loathe to do so, but the only course of action was to check a walkthrough. Sure enough, our instinct as to the solution was right but the game didn’t register our interaction. 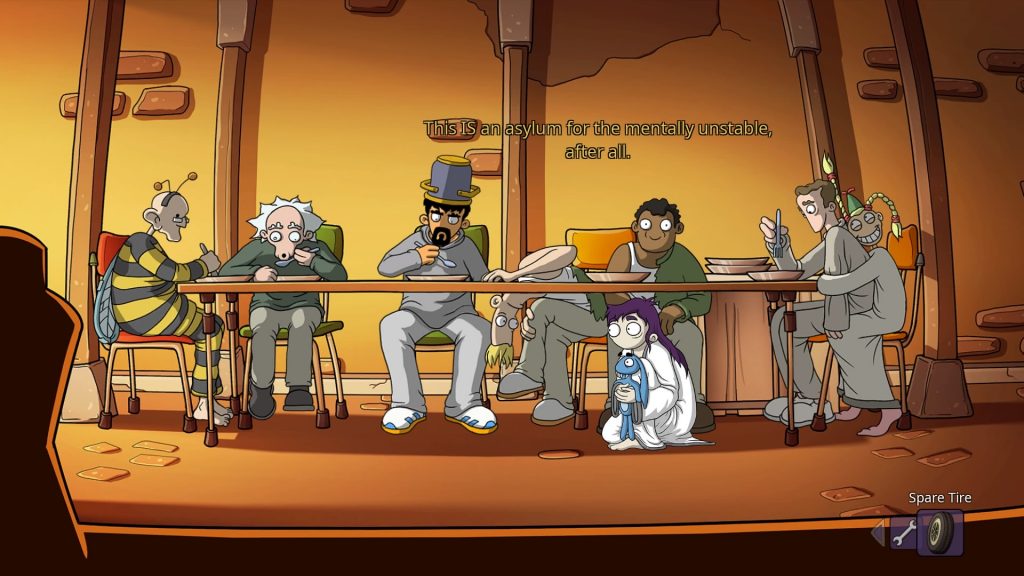 So our playthrough ended rather prematurely and we await a twit reply from the developer or a patch. Either way, we’re stuck due to a bug and can’t actually get to the titular Breakout. Which is a shame as up until this point we’d been enjoying ourselves, even if we found ourselves going over the same stretches of corridor over and again.

In conclusion, Edna & Harvey – The Breakout : Anniversary Edition is a good example of a remaster, but let down by the constraints of the genre and a bug that brought our playthrough to a screeching halt. The asylum setting is well realised which gives a good sense of place, it’s just a shame we couldn’t proceed further.

Edna & Harvey - The Breakout : Anniversary Edition
7 Overall
Pros
+ Graphical rehash is sharp and vivid
+ Skippable dialogue is a plus
+ Well realised setting
+ Puzzles are largely solved via logical thought
Cons
- Original graphics option is largely redundant
- Some humour likely lost in translation
- Lots of retreading the same ground again and again
- Buggy in places, in particular one puzzle needed to advance the plot
Summary
Edna & Harvey - The Breakout: Anniversary Edition is a remaster of a 2008 game with a fresh new look, but very much a PC point and click adventure of the era. A few bugs don't help any.