Other than being a gag on From Software’s masochist-em-up series, Duck Souls+ is yet another Rata release. This time developed by Green Dinosaur Games AKA Brazilian chap Mateus Sales.  As is by now typical you can go with the Ratalaika checklist: PS4/Vita crossbuy, lo-fi  platformer, trophies thrown at you like confetti. Yes, all of the above.

Duck Souls+ errs more towards it’s almost namesake in terms of the fact you’re going to die. A lot. Similar in gameplay to Super Meat Boy, except you’re a cute duck who subsides on cherries. No, we don’t get it either. 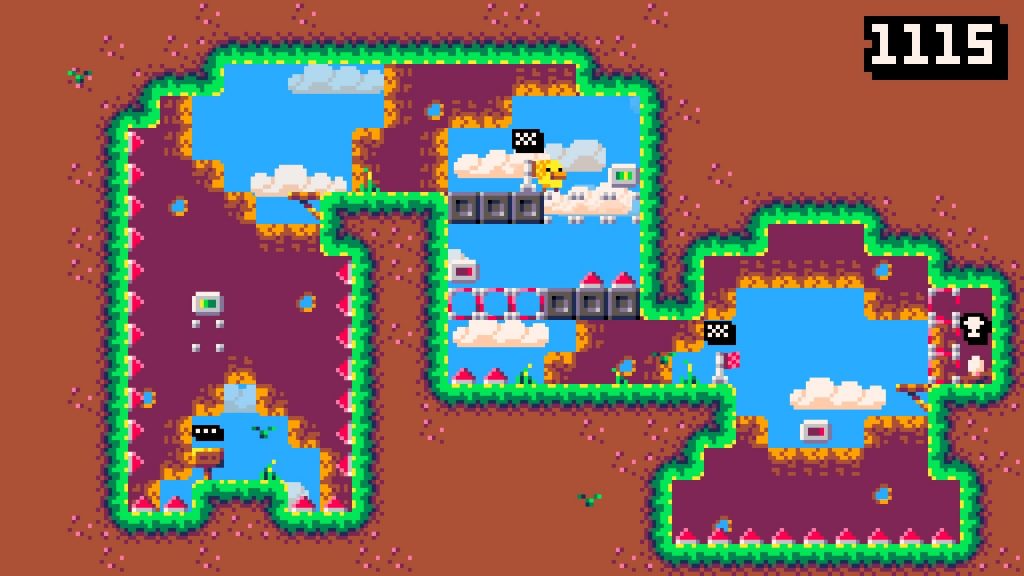 These cherries replenish your dash move and you’ll often be called on to chain their one after another. You can also wall jump just like our protein packed pal. The gauntlets you’ll be tasked to negotiate also bring to mind Ed McMillen’s 2010 game. It casts a long shadow to this day.

As you proceed you’ll unlock various hats that augment your dash, the first of which is the bandana.  This extends your standard jump a little. Next up is the top hat which turns your dash into a sort of a roll. The thing is, we stuck with the bandana duck for quite a long time as the top hat especially made some of the earlier levels more challenging than they should’ve been. Never mind it isn’t really documented anywhere that you can actually equip the hats. Daft we know, but there you are. 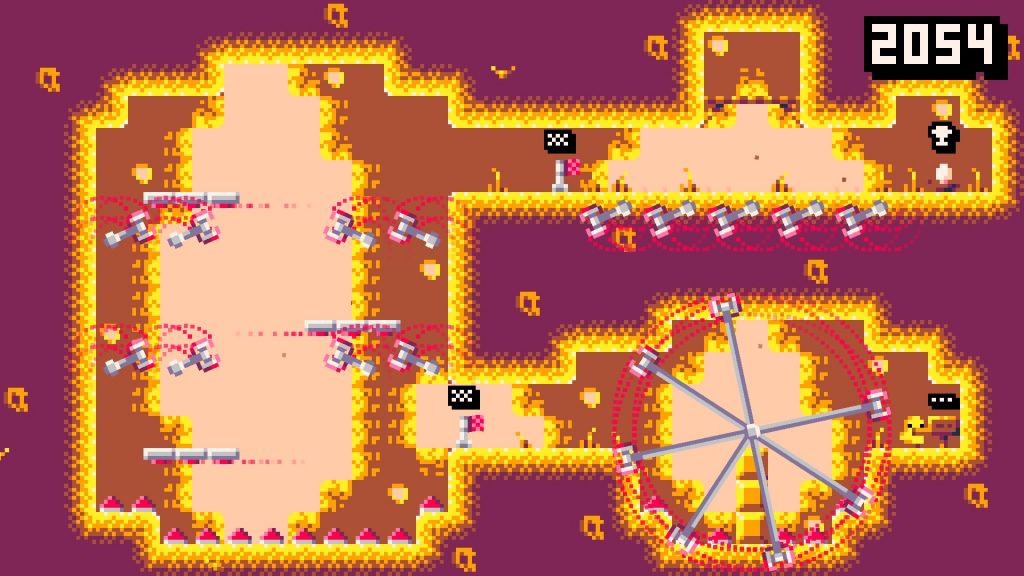 There are a hundred levels in this, and you’ll unlock a new hat every five or so levels (we didn’t bother counting), but as we mentioned you’re better off just playing without the added unpredictability of a wayward dash move. Thankfully there’s checkpoints, which is more than we can say for some games of this ilk. This is a big help on some levels.

The later the level, the tougher the challenge as you’d probably expect.  First you’ll impale yourself on spikes. And get shot by fireballs. Then there are proximity switches that open gates. These come into themselves on level eighteen when you have to combine them with the walljump and some precision jumping. Not great on the PS4 and barely better on the Vita. On the whole, the latter actually lends itself better to Duck Souls+ by virtue of its superior d-pad. 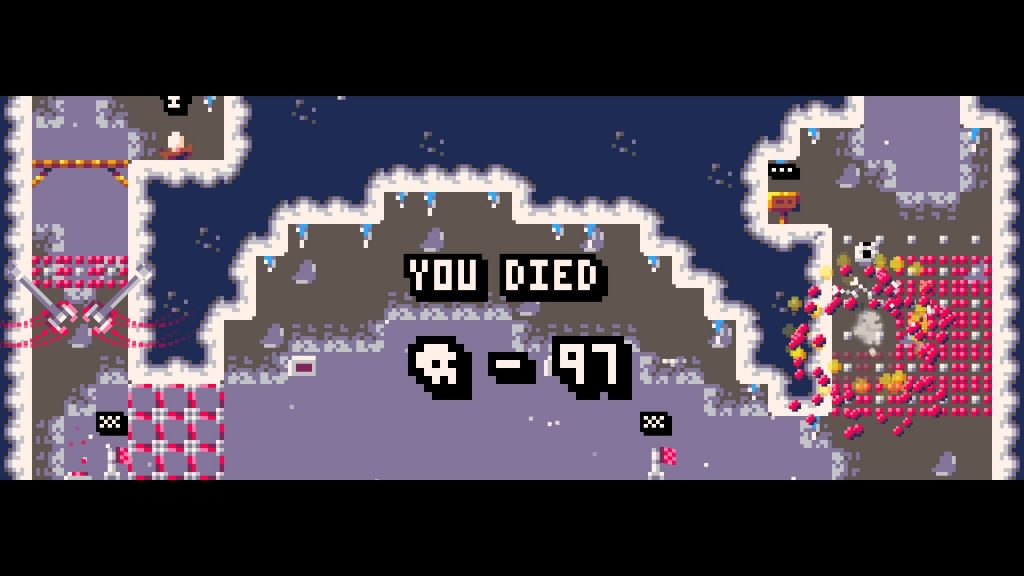 The dev explicitly acknowledges that you’re going to die a lot by the handy death counter that pops up each time you expire. It’s a nice little touch, but less so once you get into triple figures as we did on one level. It involved a homing missile and a set of platforms that disappeared as we stood on them. Let’s just say it was an exercise in frustration anyway.

At any rate, if Super Meat Boy was your thing, it’s fair to say you’ll get a kick out of Duck Souls+ too.  Personally, this reviewer prefers their games with less teeth grinding annoyance.

Cons
- Homing missiles. Damn.
- Split second timing needed can be annoying
- Some hats are next to useless, plus it's not actually pointed out you can change them
Summary
Duck Souls+ is a cute gag and a fair Meat Boy clone but a bit frustrating with it. Better on Vita due to the superior d-pad.