The indies appear to have gone into overdrive this year and I certainly feel relieved when a smaller game comes to my attention. Dreaming Sarah is one such game that feels almost like a short experience rather than a traditional game. A puzzle-platformer from Asteristic Game Studios, this fairly slim effort takes advantage of a interesting premise and delivers a surreal world that ultimately lacks an impact. 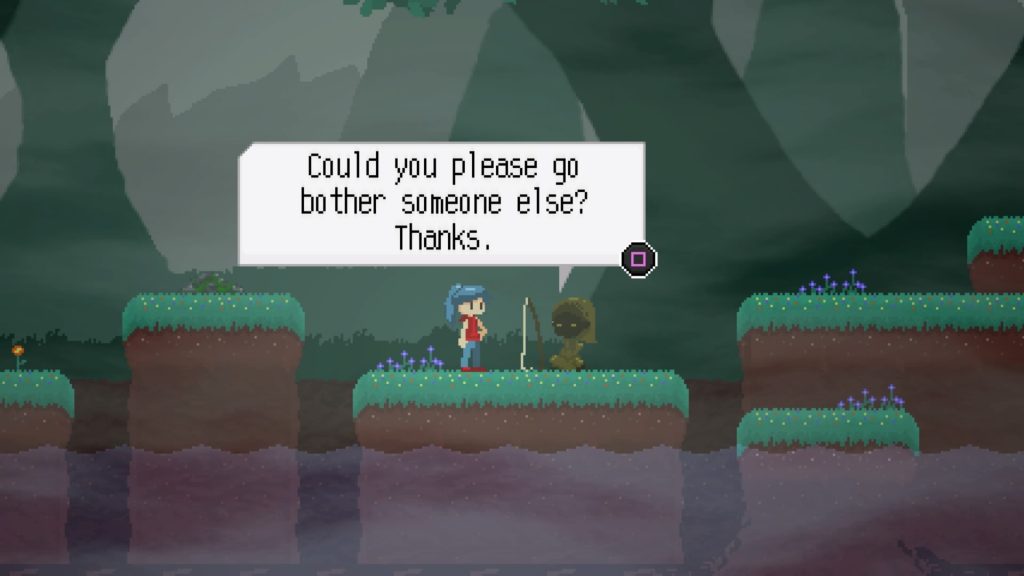 There’s not much story to Dreaming Sarah. Our protagonist is in a coma and, whilst there are hints within the dream world of how she got there, there’s doesn’t appear to be that much to unpack. Even by the conclusion, it’s a blunt resolution that doesn’t hold much impact. A case can be made that the game focuses more on a more compelling journey but the story feels more like a premise rather than an actual narrative. The less you know going in, the better.

It’s all presented in a very surreal perspective. Sarah’s journey almost plays out in cycles with the more sensible geography giving way to more interesting scenarios and locations. The pixel art allows for some otherworldly characters and really helps sell a fractured world. It’s colourful and striking. The music is also phenomenal. It’s all very likeable and helps bolster the feeling of an out of body experience. Anthony Septim did a wonderful job here with a varied score that’s not lacking in quality. 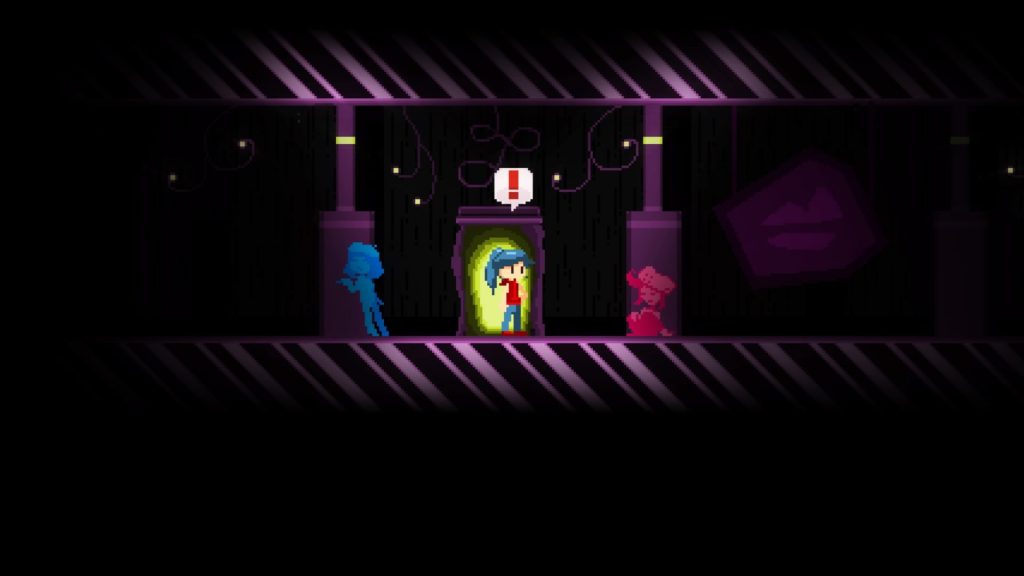 Gameplay in Dreaming Sarah is kept fairly light. There is some basic platforming throughout but none of it requires finesse or a great deal of skill. You’ll quickly acquire items that help with traversal and open up new areas. In general, there’s a decent flow to it and very few moments that delivered me a dead end. There is one puzzle where this does happen and I can’t fathom the logic behind it. Aside from that, the game teaches you to look for new things to progress. Characters will move, new things will appear and it mostly keeps things moving.

The first run through can feel quite intriguing as you discover new areas and items. The locations aren’t huge and whilst the game lacks some explicit direction, there’s enough on the periphery to pique your interest. They wrap around in a way that does prevent you from getting lost but the compass will also direct you to any nearby exits. 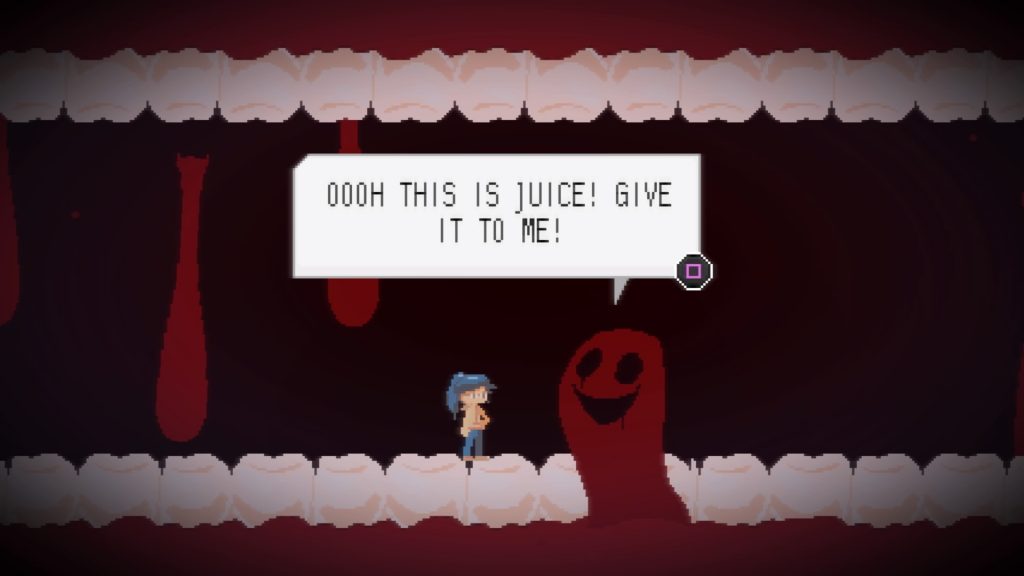 I never felt I was at risk of missing something important, although I did find myself retracing every patch of grass to move proceedings forward. The surreal mature and nonsensical solutions don’t lend themselves well to logic. You’re not bombarded with things to interact with but it seems some things can’t be puzzled out in a sensible manner. It would frustrate if it wasn’t for the game’s very short length. My first play took maybe an hour and my second was done inside 30 minutes.

My intention with the second run was to see what I’d missed (if anything) and to put the walkthrough away and replay the game from memory. Much like the first time, that door puzzle at the half-way point stumped me again. Whilst the rest of the game follows suit, you can stumble your way through it and it makes instances of outright befuddlement feel rare. It’s a shame to be halted like that in a game that largely does its best to keep you going.

I’ve seen some people fawn over Dreaming Sarah. Whilst I really, really like the otherworldly nature of it, the premise remains just that with a narrative that amounts to a premise you’re only privy to if you read their description on the store page. I never truly felt I was uncovering something and the little stings they do have are wafer thin. The why’s don’t get answered and I don’t think it’s all in the name of ambiguity. 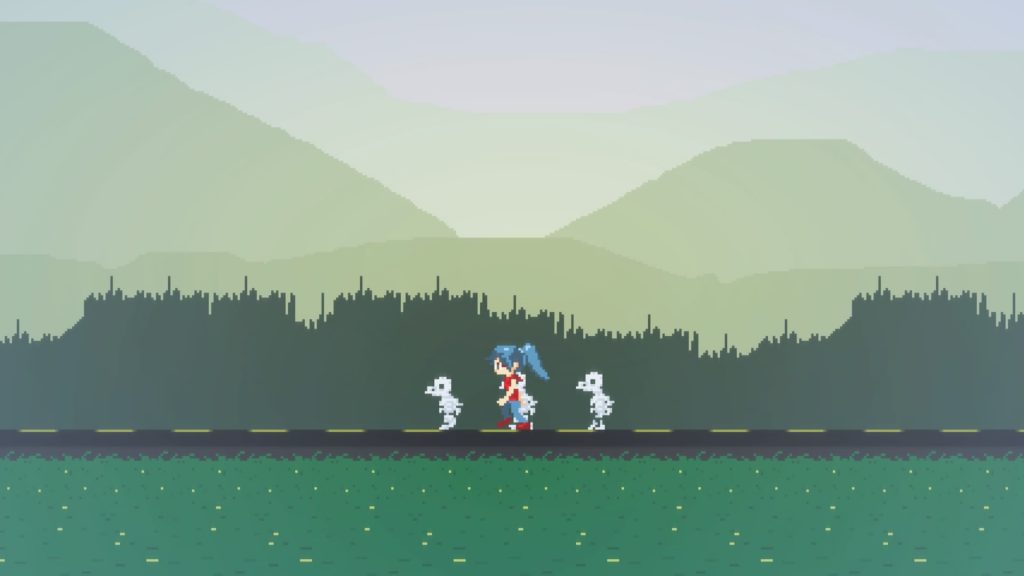 I find the cyclic structure to be entertaining and it really allows for the developer to be creative with settings and characters. There’s no breadcrumb trail to speak of but my natural curiosity found my through most problems the game presented. It’s a real pity there are moments the game snags and blocks your path and, in the end, what’s it all for?

Maybe I was expecting too much but a game that obfuscates through trippy visuals and peculiar characters isn’t hiding much in the way of plot or character development. It looks nice and has a great soundtrack but it doesn’t linger much in the memory. At least the gameplay lead to some interesting moments.

Dreaming Sarah
6 Overall
Pros
+ Striking, surreal visuals.
+ A fantastic soundtrack.
+ Surprisingly good at keeping things moving.
+ There's a variety and charm to the world.
Cons
- Story is exceptionally light with very little narrative pull.
- Some puzzles completely fall flat.
- A lack of direction can lead to players being stuck.
- Feels fairly disposable with not much reason to replay it.
Summary
Dreaming Sarah's one of those games I find difficult to really review. It's a very short experience that has some interesting ideas. Unfortunately, there is no real narrative pull and repeated playthroughs didn't add anything insightful. It feels different but disposable. The musical score is fantastic and the art lends itself brilliantly to a bizarre world, but once the credits rolled, I wasn't left with any mysteries to ponder.