Ape Tribe Games released Disjunction a few weeks back via publisher Sold Out. It’s set in a dystopian nightmare version of New York in the near future. Graphically we’re reminded of Beneath A Steel Sky, which is no bad thing. It’s cyberpunk we guess, but we’re wary of pigeonholing it, especially given CD Projekt Red’s troubled 2020 game with a similar name. 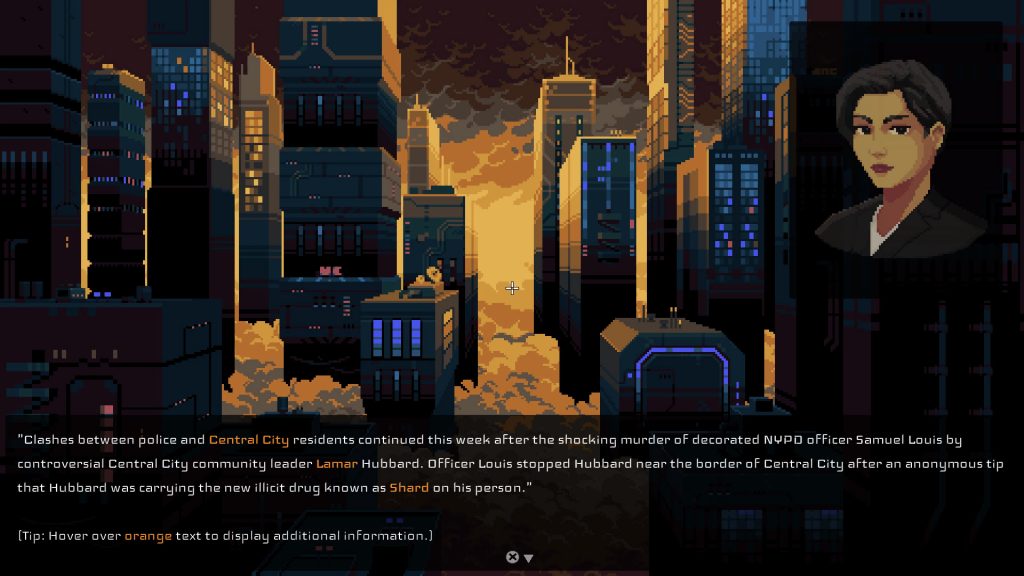 The main storyline plays out with three protagonists front and centre. Firstly, world weary gumshoe Frank who specialises in stealth and non-lethal takedowns. Next, we have Joe who’s a slugger out for vengeance, who does a mean line in melee attacks as well as mowing down playas with a flurry of buckshot. Finally, we have Spider who’s a leet hax0r who also has a lovely hologram decoy, a little like Doug Quaid’s antics on Mars, only her pussycat instead.

First off, you’ll soon realise that Disjunction is bloody hard. Not quite Soulsborne hard, but a mean challenge. Along with the fact that you only get one checkpoint per section and you can’t re-use it unless you restart a level altogether, you’ll sometimes find yourself replaying a section over and over again. 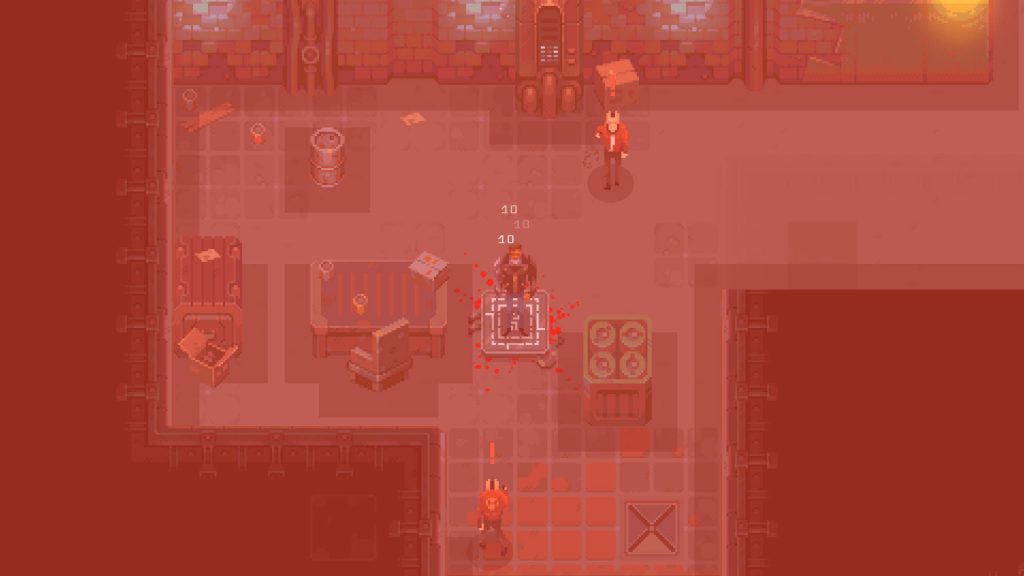 This isn’t helped by the unrelenting enemies, particularly those with heavy weapons or body armour. Your best bet is often to avoid outright combat altogether and melee attack from behind, shotgunners in particular being lethal if you manage to pull too many at once.

We’re reminded of the infamous Leroy Jenkins WOW meme on occasion, sometimes your best bet on a level to figure out the lay of the land is to simply plough through. You probably won’t survive unless you get really lucky, but you’ll at least have a better idea of your path when you retry with a little more caution. 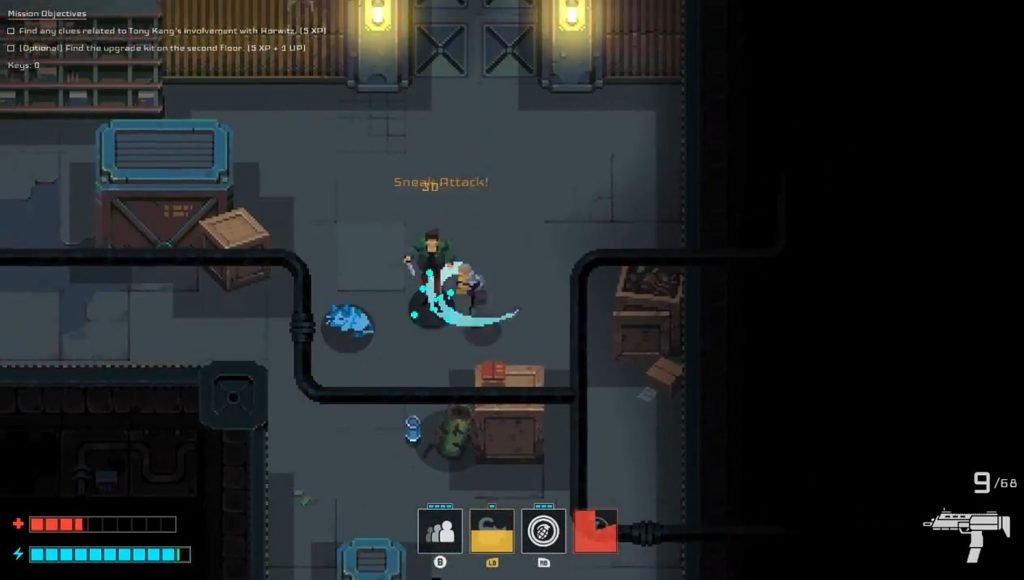 Each of the characters has four distinct abilities, though you’re only really shown how to use Frank’s at the outset. It would be nice if you had a bit more of a primer with regards Joe and Spider’s special abilities, the nuance of each being somewhat lost. You just have to get on with it. These abilities are limited by your energy reserves, so you can’t just spam your way through a level with stun grenades for example.

Ammunition and energy are in short supply, so you’ll have to play conservatively if you want to prevail. Not Boris Johnson or Matt Hancock, more like Michael Heseltine. Enemies will drop ammo and energy vials for you, but they’re too infrequent to be relied on. Additionally, as you progress you’ll have the opportunity to pick up upgrade tokens. These along with a barely shown experience bar are the key to unlocking extra abilities for each character. 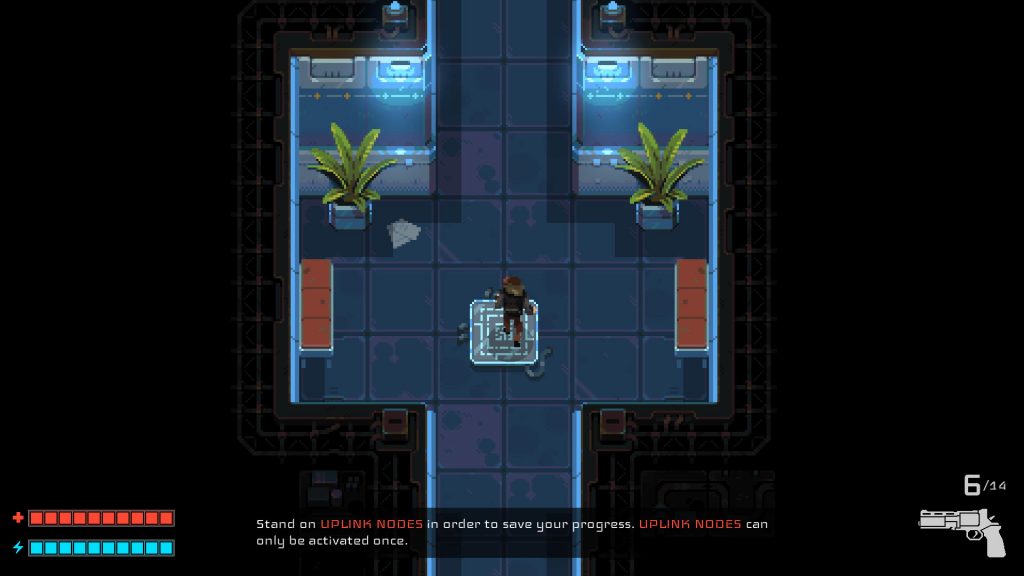 It’s not all good though. The challenge is such that you’ll find yourself dying over and over as you repeat a section. It gets a bit old sometimes, especially if you’ve triggered the respective checkpoint too early. We found it quite hard to concentrate while playing on our not exactly small telly, not sure why. Perhaps Disjunction works better on a smaller set or a PC screen. Daresay even on Switch. But for whatever reason, we found it really hard to remain focussed.

Never mind that though. The absolute worst thing about Disjunction is a terrible bit of UI design. The opening menu defaults to ‘new game’. Not ‘continue’ as you might hope. The best part is it automatically wipes your quicksave as it does so. No manual saves here, so unless you have a PSN cloud save to retrieve, you’ve got a problem.

Even so, we lost a good few hours progress on the few occasions it happened. The nadir was when our controller fell off the arm of our couch and wiped our progress while we were off making a cuppa. It’s a weird oversight and one easily solved by adding a dialogue “are you sure?” But no, as it stands, it sucks. 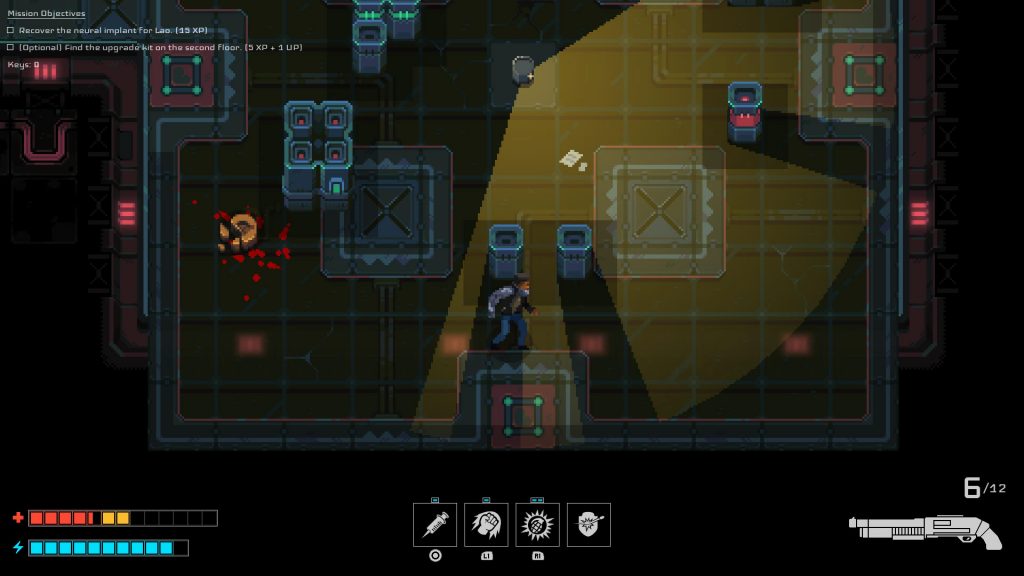 In conclusion, Disjunction is a stylish game with a great sense of place. It’s damned difficult at times and can come over as unrelentingly harsh with it. Just don’t wipe your autosave by tapping

too quickly at the main menu.

Disjunction
7 Overall
Pros
+ Distinctive look lends itself well to the setting
+ Lends itself well to a more considered approach
+ Challenge is steep but when you finish a level, the relief is palpable
+ Music is nice and synthwave styled

Cons
- Default menu option ‘New game’ wipes your autosave without warning. BEWARE.
- Player abilities barely explained for the latter two characters
- Challenging almost to a fault
- A bit difficult to see unless you’re sat up close to your TV
Summary
Disjunction is a great forced perspective brawler/shooter/stealth-em-up in a not-too-distant future setting. It's difficult at times, but rewarding when you progress.