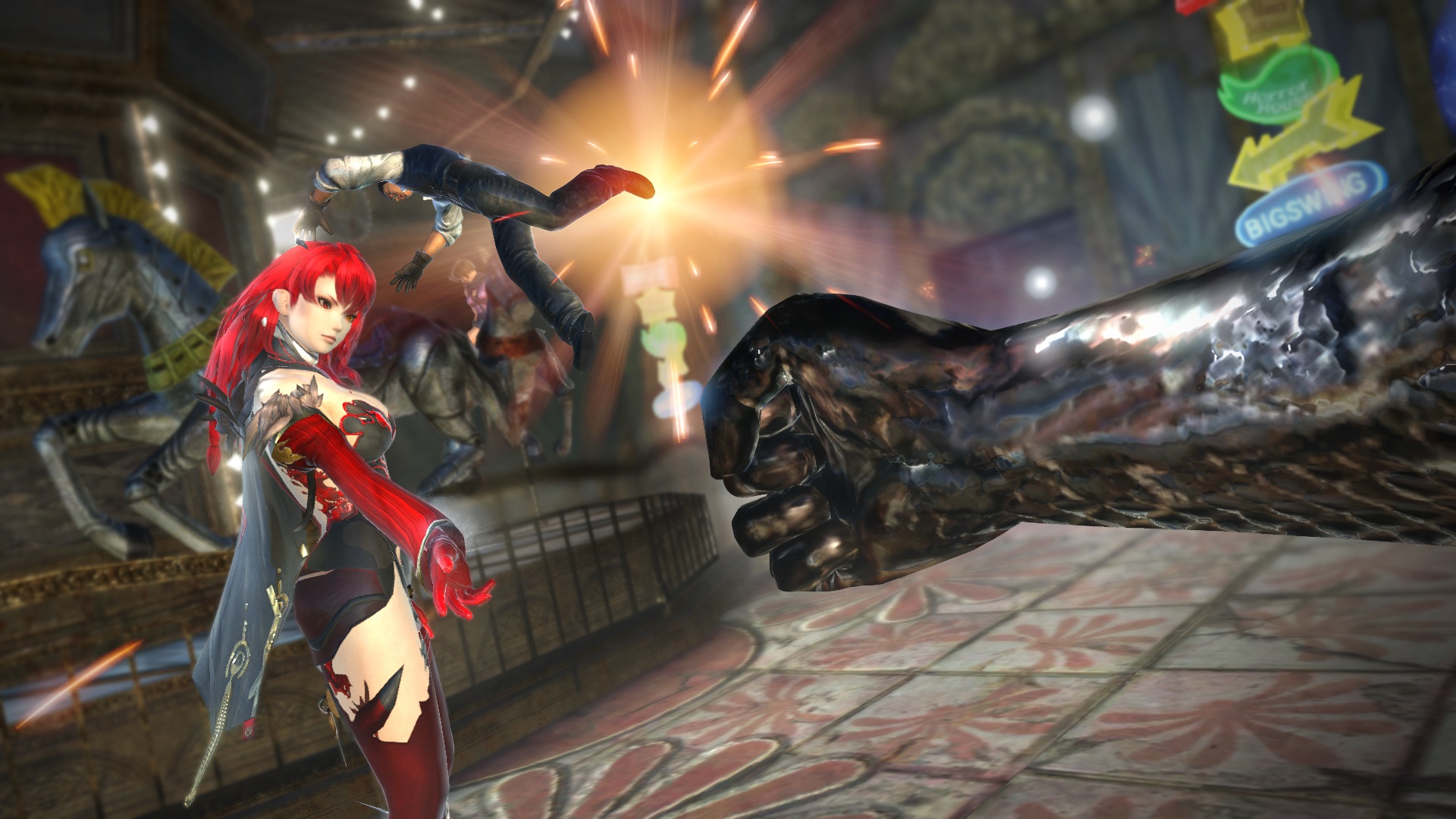 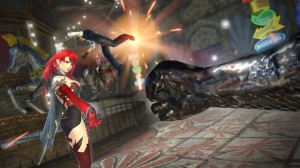 Deception is a game about traps.  Big traps and little traps, funny traps and deadly traps.  Think of it as a bit like Home Alone but will more death, and more sideboob.  Coming as a sort of expanded version of the 2014 game Deception IV: Blood Ties, this includes a whole new quest mode where you play as a brand new character in a separate story.

I was initially unsure what to expect when I started this game, as the title and menu screens look very dated.  It felt very much like an early PS3 game, begin very simplistic and a bit fuzzy round the edges.  Once you get into the game though things do improve graphically, although things remain a bit of a mixed bag.  The arenas and enemies look a little simple, but, your protagonist looks great, although the art style never strays far from sexy anime.

The story is pretty much genre standard, being told between the stages as a series of talking heads, lots of text and Japanese voiceovers.  The art style is nice and there is a decent amount of content here if you like your anime.   The meat of the game, however, sees you having to defeat enemies through the traps at your disposal.

At the press of a button you go into a tactical view of the arena and play is temporarily paused.  You’ll spend the bulk of your time in this view.  The tactical view uses a grid system to allow you to line up your traps so that where one ends another one will start and set up a trap combo.  By linking your traps you gain a score multiplier, inflicting more damage.  Once your traps are placed you can exit the tactical mode and watch with a wicked joy when you set your plan in action.

What I wasn’t expecting from this game is the heavy puzzle angle.  Each level often feels a little like a jigsaw, where you get to create the picture and place the pieces.  The way you place your pieces, or traps, will affect the success you have through the game.  Each stage also has certain requirements to complete, adding further to the puzzle element.  This is more tactical strategy than action game.

With a hundred stages on offer in the new quest mode alone, this is a sizeable game.  Add to the fact you also get the original story mode as well and there is an awful lot to get your teeth into here.  Outside the game there is something called Deception Studio.  Here you can customise enemies, put them into a level and then share your creation with the online community.  Most people may only do this for the trophies, but there is a fair amount of user content available should you wish to dabble. 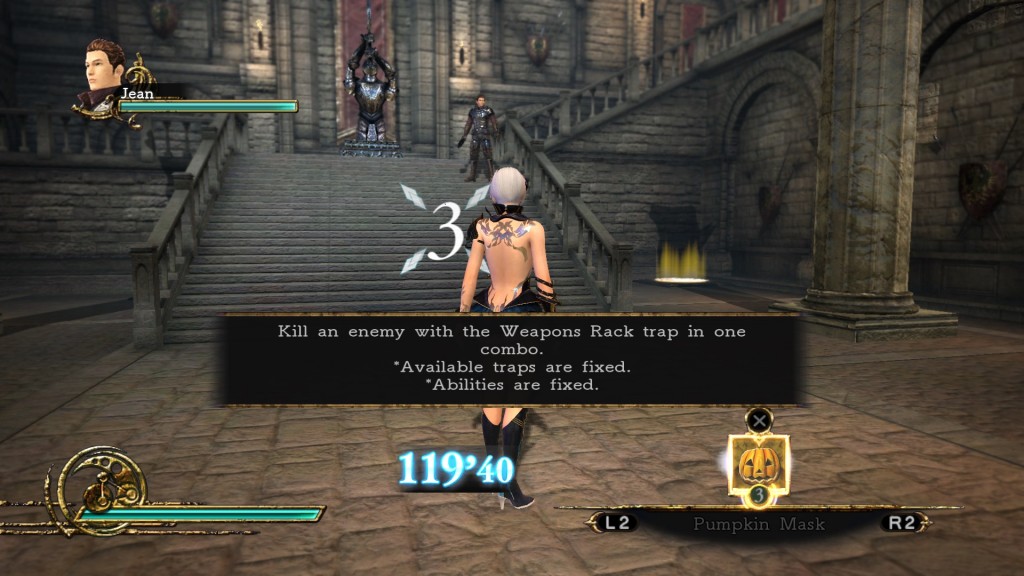 Although there are a lot of levels on offer, things quickly become repetitive.   Whilst the game boasts to include almost two hundred traps, many of these are variations on the same few ideas.  Also new traps need to be unlocked through playing the quest mode and meeting varying challenging criteria.  This often results in multiple failed attempts being made on certain levels just to unlock a new trap.  This can leave you feeling frustrated as some locked traps are required to progress the story.  The need to unlock new traps, and the difficulty in doing so, is a shame here as it forces repetition and stalls progress.  If the traps had been purchasable through the in game currency this would have aided the flow of the game immensely.

This is not to be too harsh on the game as there is a certain enjoyment to be had from playing with the traps.  Hitting off a perfect trap combo which culminates in a massive score multiplier and the defeat of your enemy is seriously good fun.  The traps themselves are also ludicrously over the top.  From standing on rakes or having a pumpkin dropped on your head, to being sliced by a buzz saw or impaled on spikes.  Many of the traps are presented in a darkly humorous way, and the over the top slapstick animation serves to highlight this element of fun. 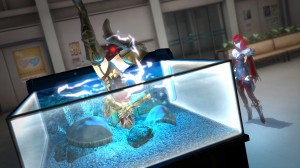 There is a lot to like with this game and I did enjoy my time with it despite it’s faults.   There is a certain illicit pleasure to be had from watching people fall victim to your well laid traps.  And there is a lot of game on offer here, including as it does Deception IV: Blood ties, you can spend a long time killing people.  With a certain retro feel to it, the presentation is somewhat lacking however the gameplay is solid enough offering a nicely judged challenge.  Deception IV: Nightmare Princess is one for the sadist in you.

Deception IV: The Nightmare Princess
6 Overall
Pros
+ A lot of content for your money, as this effectively includes two games. + A very memorable idea for a game, there isn't much else like this on the PS4. + A decent anime story with nice character art.
Cons
- Levels quickly become repetitive. - Overall the graphics don't exactly push the PS4. - Will be a bit too niche for many people.
Summary
With a certain retro feel to it, the presentation is somewhat lacking however the gameplay is solid enough offering a nicely judged challenge. Deception IV: Nightmare Princess is one for the sadist in you.