The Council’s third episode, Ripples, was released in July and so we’re a tad late but with the fourth episode just landing, we’re doubling up.  After episode two (Hide and Seek) we’re happy to report Ripples is definitely a return to form after the previous instalment.

As opposed to episode 2’s exposition heavy plot padding, this episode goes all in for confrontations with previously fringe characters. Our playthrough tackled these with varying degrees of success (from outright failure to overwhelming success and a subsequent climbdown), but sweetened the failure in one by unlocking a trophy for completing five successful confrontations by the time we were done. 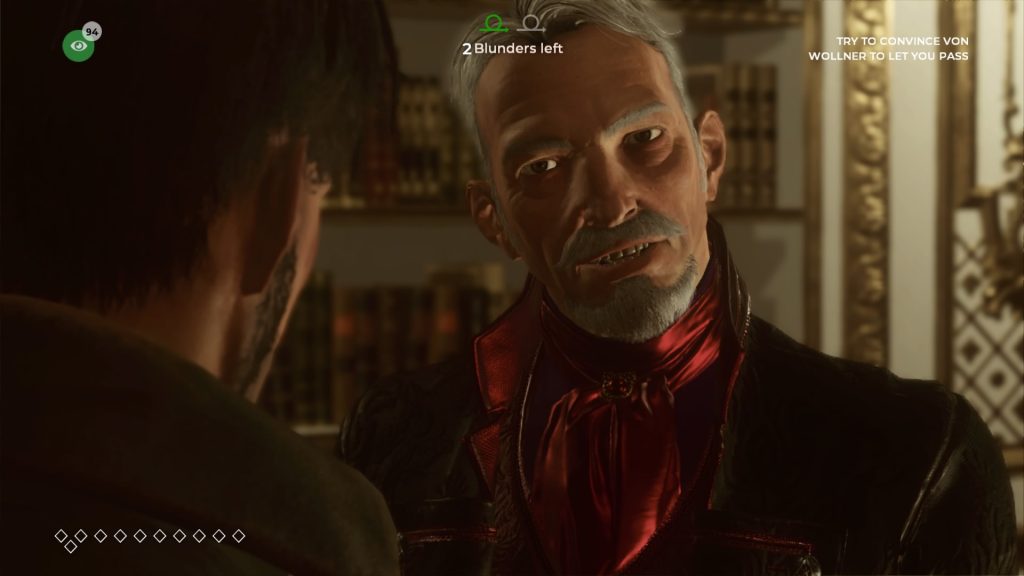 The developers should be applauded for covering ground not previously travelled, but at one point it was hard to stop our eyeballs rolling backwards into our skull due to the hackneyed plotlines and shark jumping in effect. Hopefully, the latter will be exposed as the deranged gibbering of a madman, as at the end of episode three we’re left wondering whether we’re part of a shared delusion or just overwrought script writing.

In addition, the main storyline veers dangerously close to Alex Jones tinfoil hat territory AKA the Illuminati are running things behind the scenes and we’re all just pawns. It all feels a bit Dan Brown in terms of plot exposition but once you get past that fact Ripples is well worth seeing through. 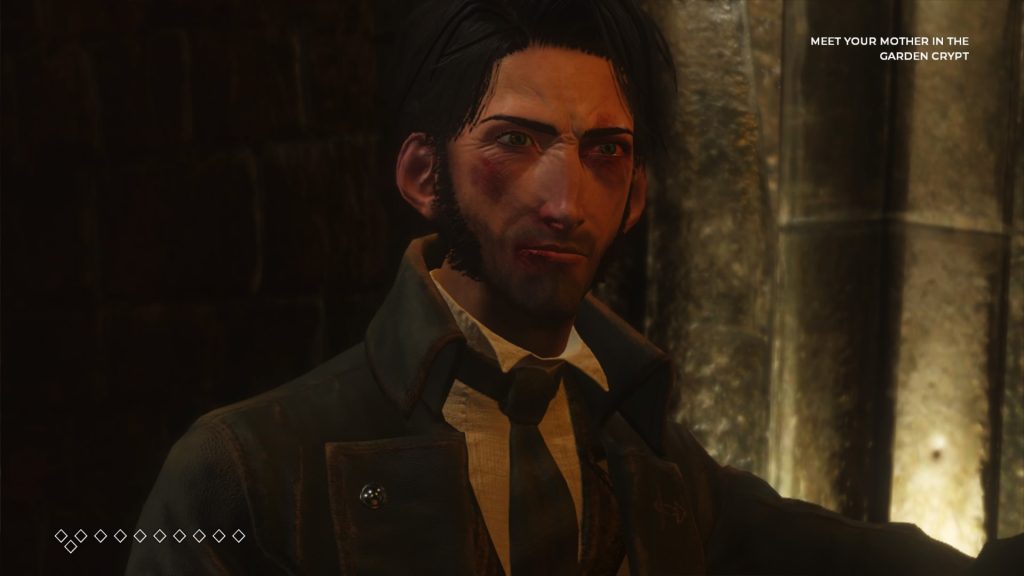 Mechanically, the gameplay is no different to that previously encountered in the first two episodes. Though why would you expect it to be? It’s a dialogue heavy adventure game with a fair few collectibles.

This episode makes you revisit hidden areas you spent a fair bit of time in previously, it does feel a little bit like padding with one particular task being to pick up a shopping list of items that one NPC gives you to progress the plot. Items that were once incidental at best, now need to be picked up. 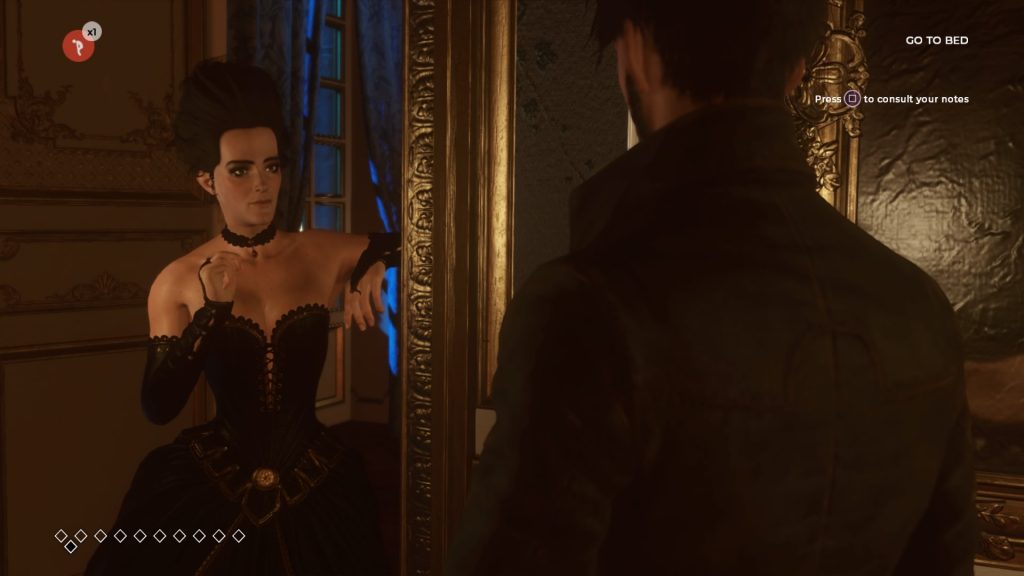 Two distinct factions come to the fore among the historical figures, you can ally yourself with either but to be honest it feels like your decision makes no real difference. When events escalate in the ninth quest it definitely feels like any sense of player agency has been ripped from your grasp, the writers almost reminding you that you’re a guest in their story. It’s a rare misstep though no less jarring for it.

This third episode continues the narrative laid down previously. There is a genuine sense of some real world political negotiations having panned out in this fashion, but as one NPC observes, why would a mansion full of political movers and shakers be on a remote island with little or no security present? 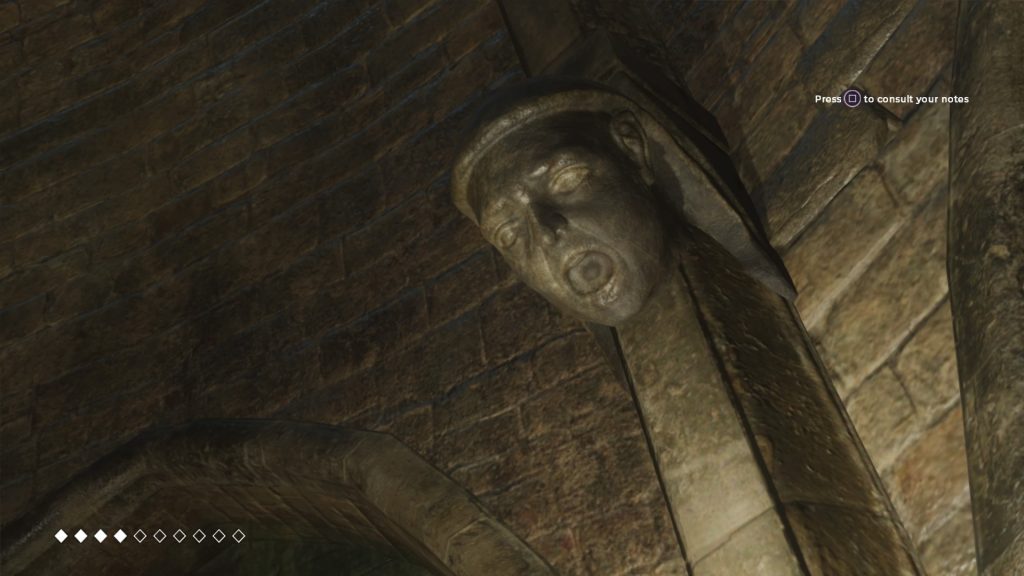 Besides the scary waxwork look some characters evoke, there’s a few UI issues creeping in. For the bulk of our game “press

to consult your notes” was visible. Hopefully it’s something that will be patched out for the next episode.

The Council Episode 3: Ripples
7 Overall
Pros
+Impressive character models and architecture
+Some trophies previously out of reach are attainable
+A definite improvement on episode 2
Cons
-Plot exposition can feel a bit hackneyed at times
-Needless collecting of items feels like padding
-Some issues with UI, ‘consult your notes’ hangs around

Summary
Ripples is a well done continuation of The Council storyline, just let down a little by some puzzling plot devices, one leap of logic in particular evoking genuine bafflement from us.