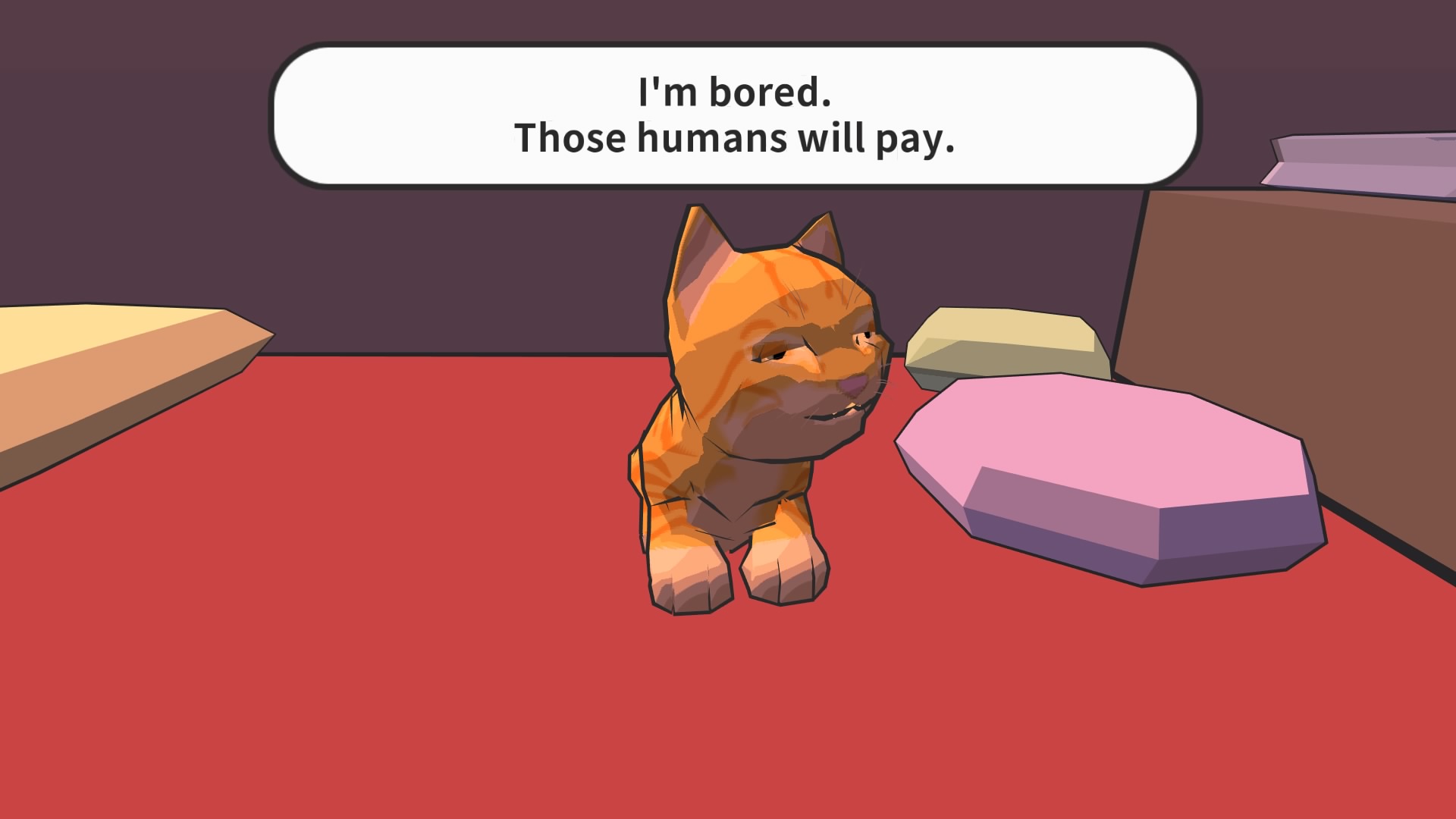 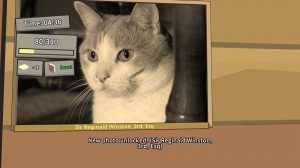 Fitting firmly into the ‘for the streamers’ category, Catlateral Damage is a take on those silly physics sandbox games such as Surgeon Simulator and I Am Bread.  That is to say it’s a little ridiculous.   The premise is that you are a cat.  But not a nice, cuddly cat.  No, you’re one of those prick cats that climbs everything and creates chaos.

After selecting a cat (they all play the same), you are unleashed into a series of four randomly generated houses.  Your job is to get as many objects from whatever surface they are on and swipe, prod and push them onto the ground.  The controls are simple.  You walk around, jump and interact with either your left or right paw.  There’s no trickiness in the controls like there was in Surgeon Simulator and the whole thing is a lot slower and more sedate than Goat Simulator.

The challenge comes from the time limits imposed on you.  The trick to any level becomes finding groups of closely laid out objects such as books on a shelf.  There isn’t much to it once you’ve figured out the basics.  A couple of extra quirks come in the form of bonus and extra items.  Bonus items give you extra points and if you collect a certain number of the ‘extra’ items, you’ll unlock a power up.  Power ups are good as they increase you speed, jumping and swiping sweep.  Extra power ups are unlocked by playing with various cat-related objects (such as scratching posts and kitty litter trays) as well but there are no wacky power ups or anything, the game keeps it all very basic. 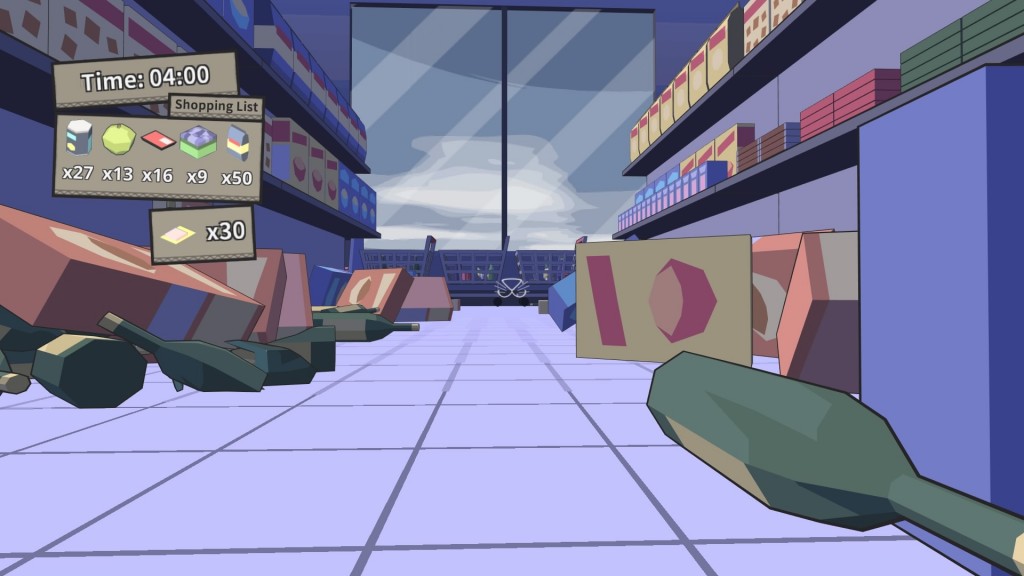 Aside from that, there isn’t much else to tell.  Secret key items get you into some bonus stages (such as a Christmas level with lots of power ups, a supermarket and a museum) but these aren’t massively exciting.  The game only has two modes as well, your basic ‘objectives’ mode and a time limit free ‘sandbox’ mode.  The trophies, including a platinum, come pretty easily apart from a day or two of grinding.

Presentation is very basic with simple music and even simpler graphics.  The physics are very restrained too making you wonder quite what the point of Catlateral Damage is.  But then that’s true of most of these sort of games. 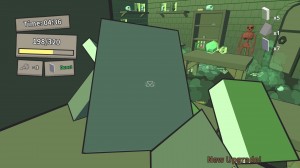 However, the game is kind of enjoyable.  It’s simple but there is something almost Katamari-esque about the colourful screens and simple gameplay but that is me being pretty kind to a game which is essentially a one-trick tech demo with a very flimsy game attached.  If there had been a degree of puzzle solving to the game, such as stacking objects in a certain way to get to other hard to reach ones, then that might have added some challenge but in reality this game is just an exercise in pushing things over in very small levels.  The fun doesn’t last long and the game won’t survive on many hard drives once that platinum is unlocked.

Catlateral Damage
4 Overall
Pros
+ Relaxing gameplay + Initially kind of amusing
Cons
+ Gameplay is far too simple + Very weak presentation + Entirely repetitive
Summary
As whimsical and silly as Catlateral Damage is, it's just too plain and simple to really be that entertaining. The core concept of pushing things off of a shelf really cannot sustain a game. It's a fun idea but ultimately a bollocks one.