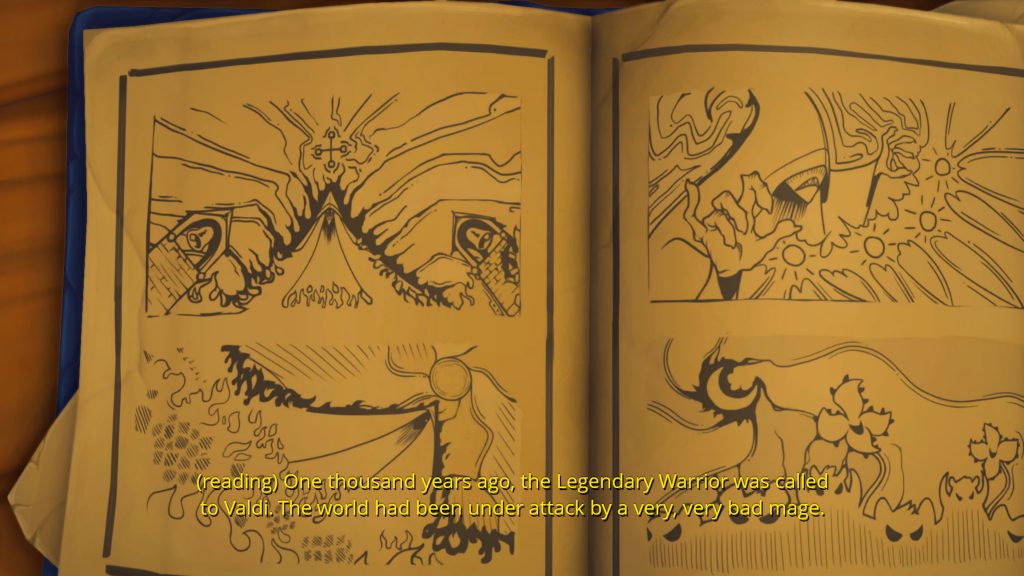 You can feel the winds changing, we are at the edge of a new console generation and the anticipation for the future is downright palpable. It’s a time to be looking forward to what is coming for sure, but also the time in which the current generation is supposed to shine. It’s around this point in the console lifecycle that you get your God of War 2’s, Last of Us or GTA V style experiences. The games that make you second guess the need to pay hard earned on a new console as the current can still yield excellent results, thanks to the benefit of platform mastery and years of design hindsight.

Perhaps for the first instance as well, it is a time also to be excited for what smaller developers can do. They lack the restrictive product cycles that bigger publishing wings must work with. After all, they also have the benefit of spotting gaps in the generational offering and being able to work in their own titles to pick up the slack. Of course, it can easily go the other way, with this stage in a generation being the prime time for shovelware, lest we forget the horrors Midas Games and their Disney bothering output. 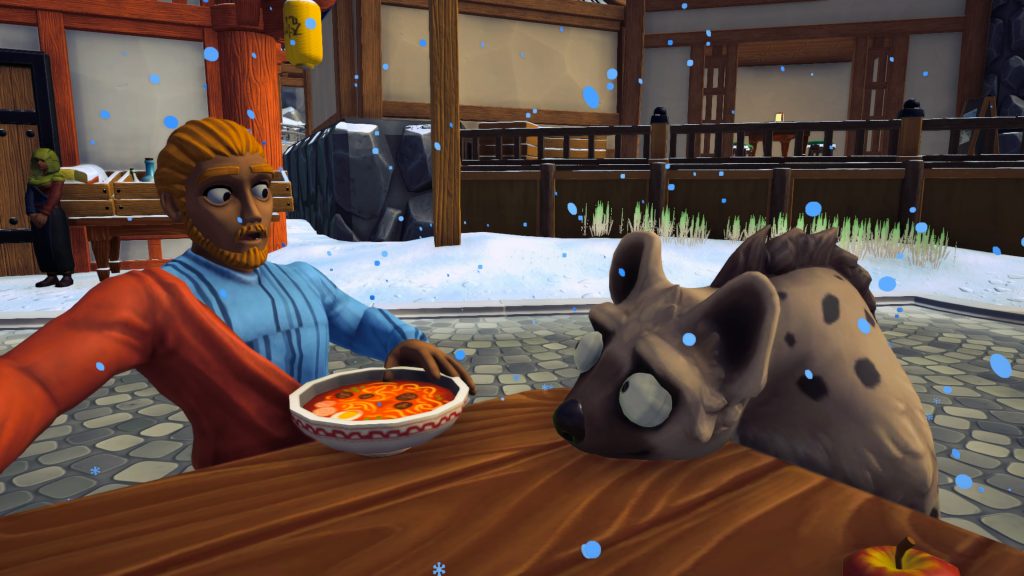 I believe the former is what developer Exiin was aiming for when they conjured Ary and the Secret of Seasons. It is a light-hearted RPG-lite game, with platforming and somewhat unique puzzle mechanics. This may sound familiar to a few people, but I think we can all agree that this is not something we see on a regular basis, not like we did back on the PS2 or Gamecube consoles. When starting the game, it is clear to see that some care and attention has been afforded to Ary’s adventure, with an almost Dreamworks aesthetic being the order of the day with endearing cutscenes that lay things out clearly and with charm.

As the title suggests you play as Ary, a young girl who lives in the frozen regions of Valdi, a world which is split up into four main regions, each corresponding to the seasons and their respective elements. Before you start the game, Ary’s brother has mysteriously gone missing and is presumed dead, until a troupe of hyena soldiers turn up to town, wielding the wooden sword of Flynn, Ary’s absent sibling. As a result of the ensuing conflict and a crystal falling from the sky which shifts the snowy season into Summer, it is Ary’s task to venture into the world, to both save the world (of course) and potentially find her brother while doing so. 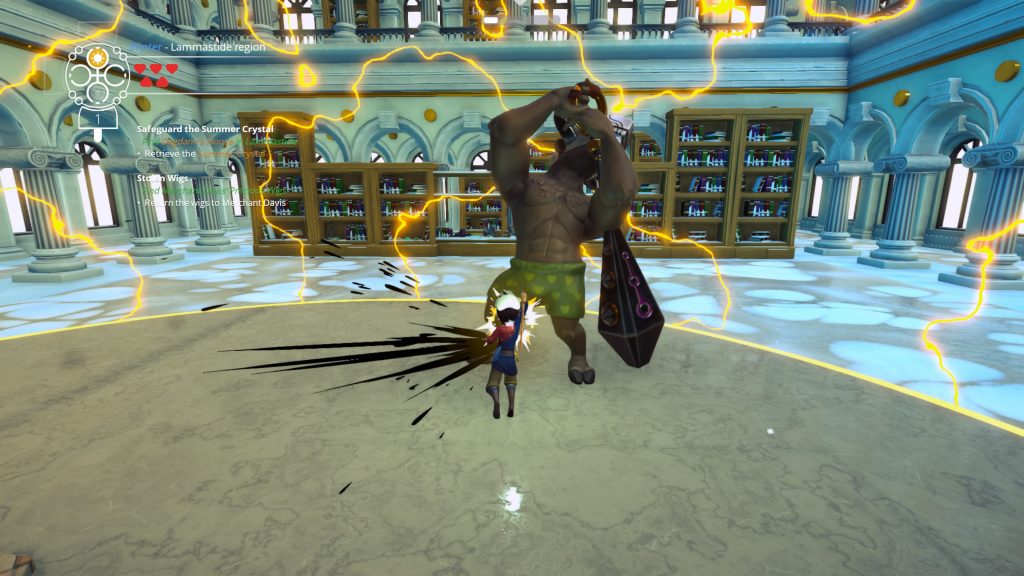 From the off, things don’t feel so good. Ary and the Secret of Seasons feels like a game that is stuck in a constant first-time-load cycle, with textures and actors popping into existence as Ary approaches them. The screen-tearing is possibly the worst case I have experienced in a long while as well on a console. This is all before even considering the game’s core mechanic of manipulating seasons for puzzles or traversal. With this, you tap a button to create a sphere or energy that transforms one season to the other, Winter to Summer, Summer to Autumn etc.

Now, this mechanic has a lot of potential and to some regard it is well realised. In the main overworld of Valdi you can use the seasonal transformations to open dialogue trees or to achieve mini quests. You can also use the season spheres to increase your odds in combat, letting you melt ice shields with a Summery blast, or to freeze slime-like enemies while using them as stepping-stones for traversal. The season spheres really come into their own when working through the main temple-like dungeons that are encountered throughout Valdi as the game is clearly built around the mechanic and experimenting with it. One dungeon saw me playing through an underwater maze, using the power of Spring to open up bubbles of air to allow Ary to manipulate items and switches to get from point A to B. When working through these, this is where the game truly shines. These moments are a bit few and far between however. 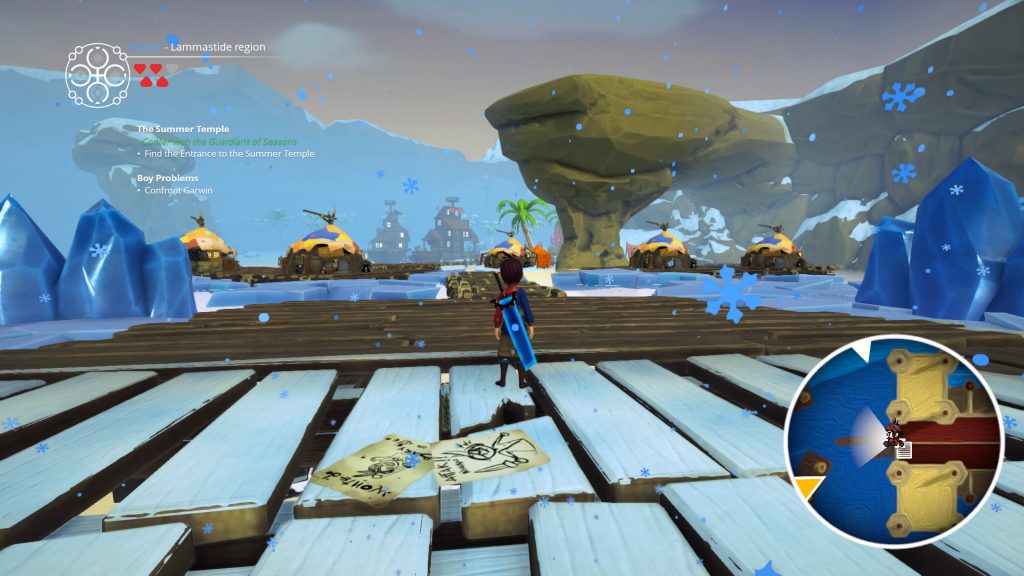 Of course, the downside of this somewhat innovative idea is that it further mars the gameplay experience by bogging the framerate down further in busier use cases. It also doesn’t help the visual style in any way as there is an annoying effect used when you enter some season states. Notably, this is true of the Winter biome style as this peppers a bunch of 2D snowflakes all over your screen which does little more than obscure your vision with a cheap looking texture. More annoyingly is how this appearing no matter where you are in the winter sphere, inside or outside, making visual cues much harder to spot and resulting in wasted minutes as I fumbled through a messy dark haze.

This further complicates things regarding combat, which is mostly fine and feels like Fable. By that, I mean that you are mostly pressing one button to fight, with just some finagling of the seasons depending on which enemy you fight of course. The season effects just become a pain to deal with as I found it a lot harder to see incoming projectiles or parry cues when they would flash up. Mostly though it isn’t a massive problem as fighting is not that challenging overall, thankfully. 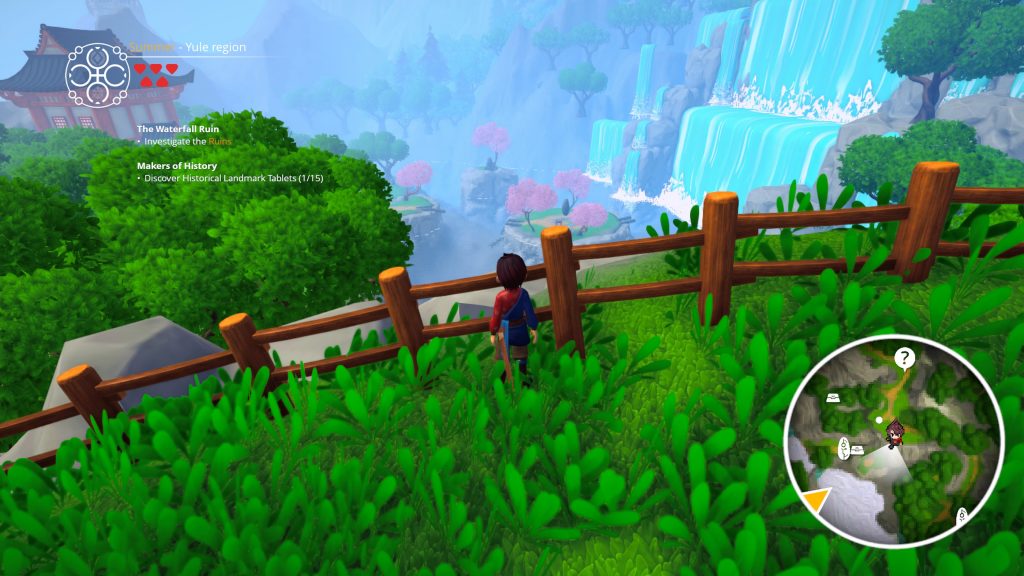 Beyond the frustrations, there is still some game to find underneath it all. The world of Valdi is bigger than it looks and there is plenty to see and do in the large open spaces and as I mentioned before, the season spheres are fun enough to experiment with. There is also an attempt at a story and the animation and writing for this is decent. I just wish that to match, the rest of the gameplay and visuals could have matched the effort and clarity of the cutscenes. It would have made for a cleaner and more finished experience overall, Unfortunately, Ary and the Secret of Seasons just ends up feeling unpolished in almost every aspect.

Ary and the Secret of Seasons - PS4 Review
6 Overall
Pros
+ Marries puzzling gameplay, platform and action well enough to create something cohesive
+ Clever use of the season sphere mechanic throughout
+ Has a welcome, light-hearted vibe
Cons
- Questionable effects that result in a mess on screen
- Constant frame drops and screen tearing
- Feels drastically unfinished and unpolished
Summary
Ary and the Secret of Seasons has a few short moments of brilliance, with clever season manipulation mechanics that are used to good effect. Unfortunately, the rest of the experience is let down by poor graphical choices, consistent choppiness and a general lack of polish in almost every aspect.