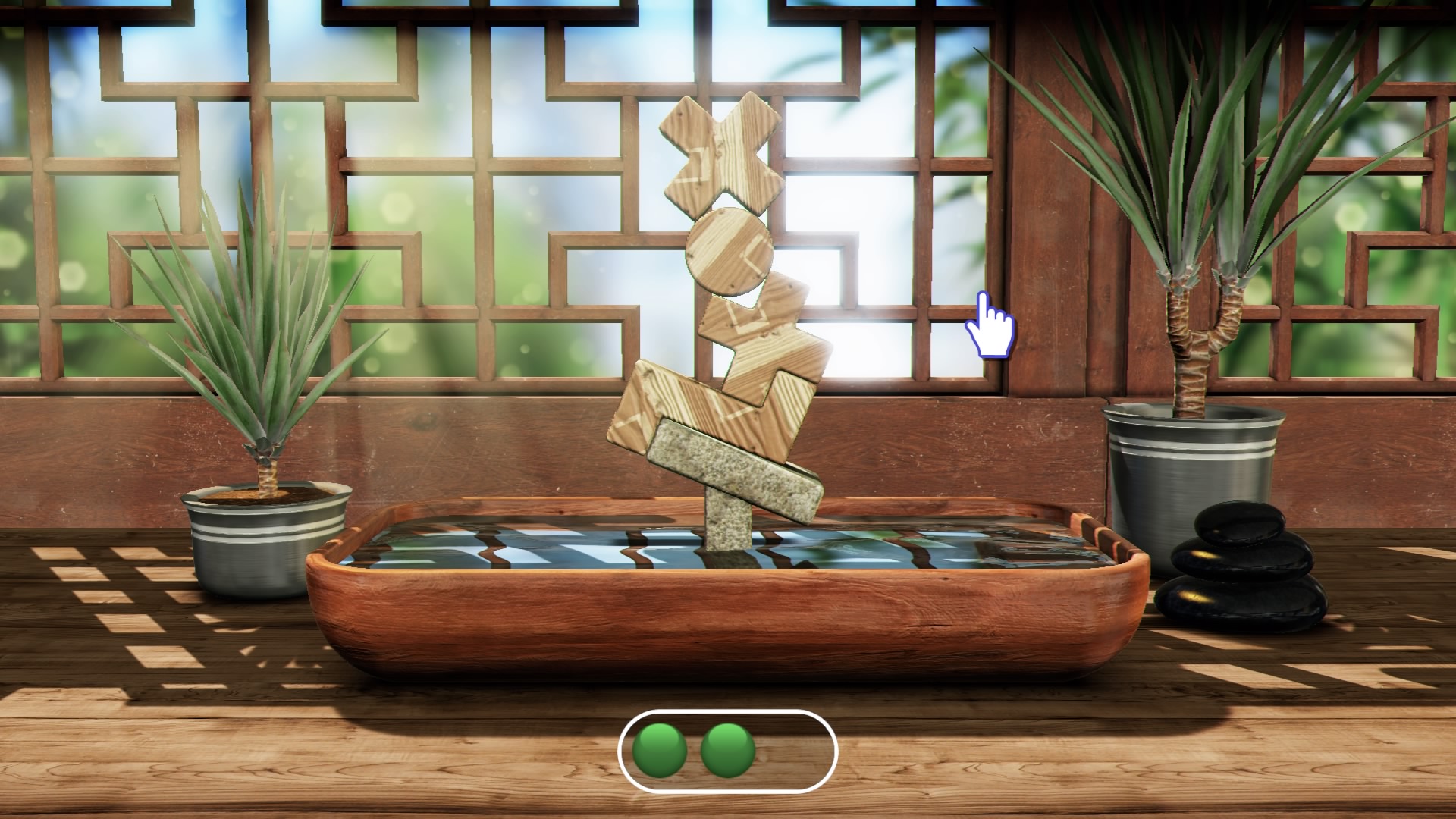 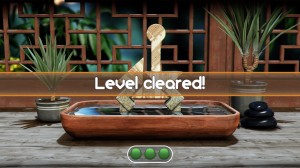 I always used to think the art of balance was what you had to have when walking the line after being pulled over by the police.  Turns out its something much less fraught involving marginally less alcohol, but approximately the same degree of nerves.

There is something zen about Art of Balance from the pleasant music, to the clean oriental inspired backgrounds.  There is no violence or bombast to this game, everything it does in a pure striped back way.  Its a gaming equivalent of a digestive, plain and simple but tasty once you get to appreciate its nuances. Unfortunately Its definitely a game which feels like it belongs on a mobile device, even going so far as to include a touch control mechanic through the use of the track pad.  This also extends to the simple menus and oddly generic art.  This isn’t a game to challenge the power of the PS4.

This is a puzzle game, you’re tasked with balancing an assortment of shapes on a platform over a bowl of water.  Should the shapes tumble into the water you fail.  That’s all there is, but as with all of the best puzzle games sometimes the simple ideas bear the biggest rewards.  As to be expected from puzzle games the challenge gradually increases each level, and before long you’ll be facing some difficult stages.

Each stage has a bowl of water and a small concrete platform in the water.  You’re given a selection of shapes below the bowl and you’ve got to balance them all on the concrete platform.  You can pick up the blocks with your cursor and rotate them with the shoulder buttons in order to get them in position to start stacking.  Initially the shapes are all made of wood but later levels introduce blocks of differing materials which all have unique properties, adding just enough to make you think on placement of them. 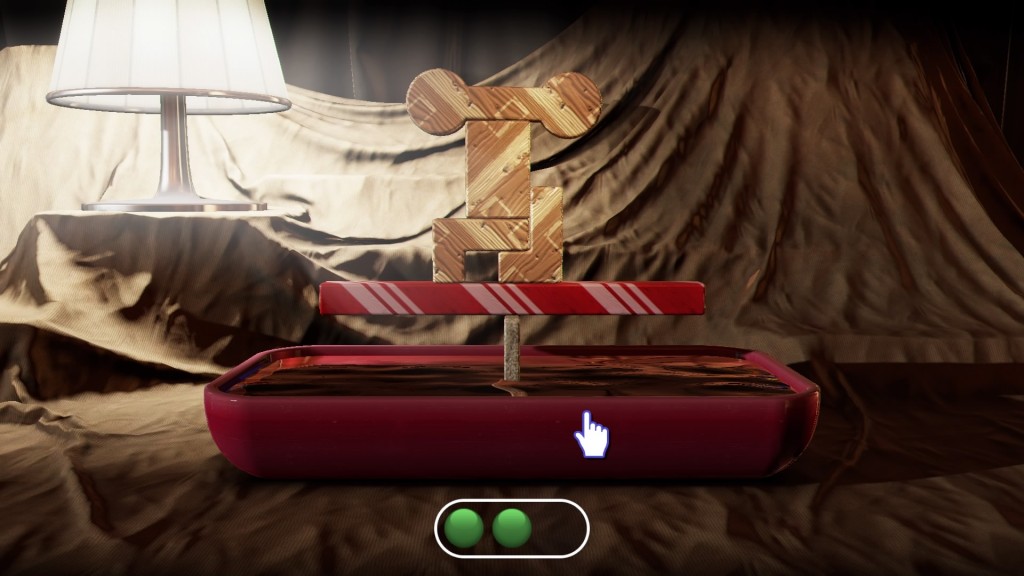 Confounding matters is the fact the shapes aren’t all angular with some of them carrying curves or being straight up circles.  The platforms you have to balance on aren’t always flat either, and regularly come in varying shapes and sizes.  If you manage to get all the shapes to balance and stay upright before the final three second countdown finishes, you win.  This is a neat touch and sometimes if you play it a bit wrong your final piece will make the tower slowly topple over, but will still be sort of upright by the time the countdown finishes allowing you to beat the stage.

Interspersed with all the standard Arcade missions you’ll come across challenge stages.  These mix up the rules slightly, giving you a time limit, a wobbly foundation or a height to reach.  The challenge stages are great adding just the right amount of change into the game and they all work really well.

There is a mix of single and multi-player modes in this game which is great.  All the levels, can be played in multiplayer.  Some are all about co-op, taking turns to drop blocks or helping out together through the main arcade mode. Or about adversarial where you have to either build your tower first or take turns placing blocks on to the same platform to make your opponent stuff up and fall in the water with their next go.  The multiplayer integration is handled really well and each carries unique play methods. 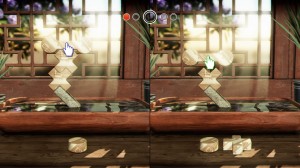 Overall this is a great little game, the way all levels can be played either solely or jointly makes this game stand out from the puzzle crowd.  Whilst looking and smelling a of a mobile phone game, it still manages to offer a simple and well executed idea.  It’s great for a one more go binge and if you let it you’ll find a lot of enjoyment here.

Art of Balance - PS4 Review
7 Overall
Pros
+ Great integration of single and multiplayer modes + Good puzzle idea executed well + Decent growing difficulty curve + Varied range of play modes
Cons
- Looks a bit mobile phoney - Does literally nothing to challenge the power of the PS4 - Although it has an online mode, this is dead and likely to stay so
Summary
A great puzzle game which focuses on balancing blocks. The way the single player and multiplayer modes work together give this game a unique hook. Although this looks like a game which would be suited to a mobile phone, if you can overlook the simplistic art style there's a great game here.