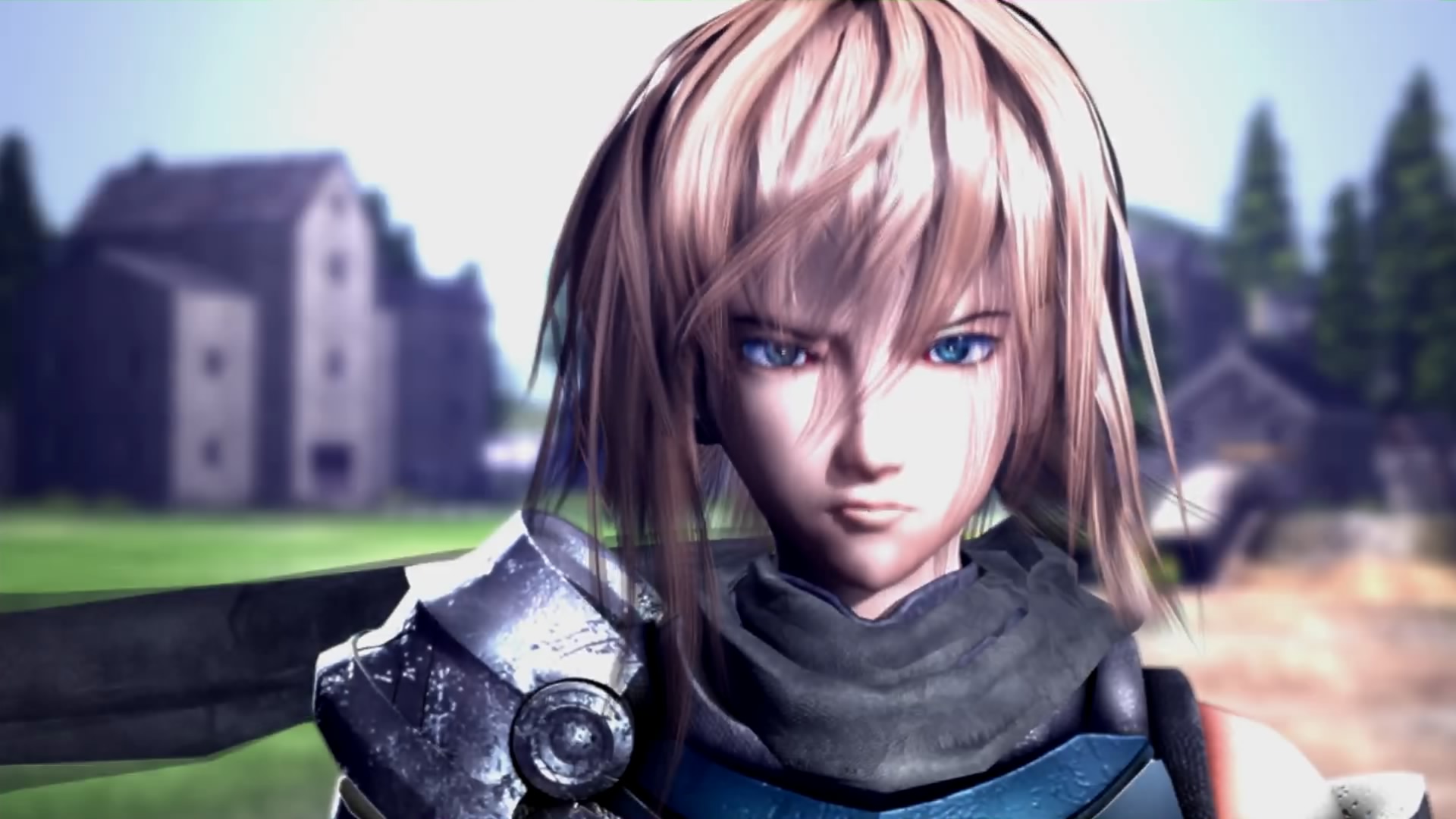 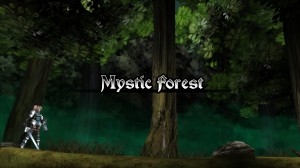 AeternoBlade was released over a year ago on 3DS and earlier this year on PS Vita. By little known Thailand based studio Corecell Technology, this Metroidvania style, time based adventure has just been released on the PS4. But is it worth your time? Ha, time. That’s good stuff.

You play as Freyja, a warrior whose village is destroyed by Beladim, the immortal Lord of Mist. A stranger gives you the titular AeternoBlade to enable you to enact your revenge but it holds a secret, this sword has the power to control time. Early on it’s just the ability to rewind time after death to hopefully act differently and change your fate, followed shortly by the ability to rewind objects (e.g. moving platforms) and enemies separately from yourself, so if a platform is moving left you can jump on it and manipulate it to move back to the right where it came from.

The time powers primarily come into play for puzzles. Making your way across a room using platforms or manipulating traps to allow safe passage. You get another power later that allows you to set a marker and warp back to that position. Combining all your powers with platforming and awareness of enemy placement can get quite complicated later on and you can end up trapped in an inescapable situation. Luckily the developers usually give you an out (spikes to kill yourself on) as when you die you can choose to restart the room you just failed, or there is an option to simply do so from the pause menu. It’s quite a forgiving system, thankfully, not forcing you to replay rooms you’ve already completed.

Other than the puzzle element there is combat. Enemies come in many varieties though you will see the same models over and over. Initially your moves are incredibly limited and you’ll just be able to mash the square button but the game has a surprisingly in depth upgrade mechanic. You can buy new moves which increases the variety of attacking options you have and buy a charge attack and a much needed dodge move which allows you to cancel out of your own combos. Before I bought the dodge the combat was pretty boring and didn’t feel like I had enough control with no block button or any defensive options, once I’d bought it and upgraded some of my other moves the combat became much better. You start off too bare bones which makes the early game far less interesting that it should be.

You can also upgrade Freyja’s basic stats, increasing her health, mana (used for her time abilities), strength and a smart bomb style move which builds up over time. All upgrades are bought with Yellow Orbs that you collect from slain enemies which means if you are so inclined you could grind your stats up as enemies respawn when you re-enter rooms you’ve already cleared though I didn’t find this necessary. On top of your upgrades are relics you collect which you can equip and power up. You can have two sets of relics equipped at once which you can switch between on the fly adding more depth. Maybe you want one for increased attack and then you can switch to a more mobile set when platforming for example. 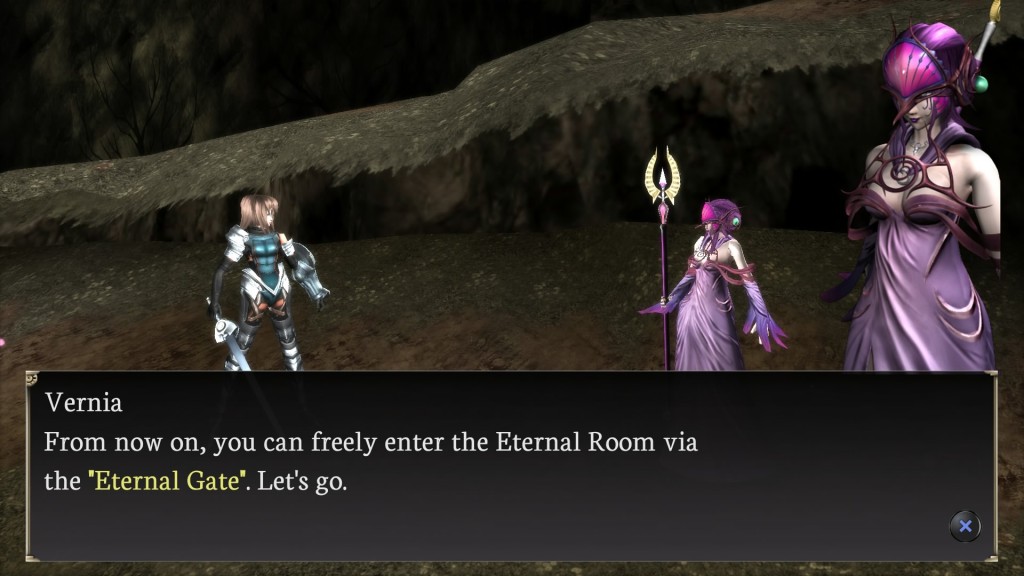 So the combat is surprisingly enjoyable after a weak start but unfortunately the levels themselves aren’t as interesting. All through the game you have the same sort of platforming sections, followed by being sealed in an arena where you have to kill all the enemies before proceeding, followed by another puzzle/platforming bit or another arena. Every level ends with a boss which can be quite fun though you’re more than likely going to have to die to learn the bosses techniques as they start using more devastating moves as they get closer to death. Later bosses can’t be manipulated with time which robs the game of its one unique selling point.

The weak design can probably be blamed on Corecell’s lack of experience, which continues to rear its head with the general presentation. The gameplay camera is at a slight angle and in too tight meaning even the smallest rooms don’t fill the whole screen, allowing you to be attacked from off screen or unable to line up a jump. The sound and music are very sparse and low quality and as you can probably see from the screens on this page, the graphics are barely above PS1 quality. The intro movie is very reminiscent of the prerendered video you’d get at the dawn of 3D games which I don’t think was intentional.

The story is also undercooked, with scenes playing out too slowly and predictably. There’s no voice acting, which is no problem, with portraits of the characters and dialogue boxes but the attempts at storytelling are weak. This includes when you enter a room and the game pauses to show you every element of a puzzle or when you defeat the final enemy in an arena and the game shows you the barrier slowly disappearing every time. It’s so prolonged and unnecessary.

As if to take a leaf out of a Ghosts ‘n Goblins game, to truly complete the game you have to finish it twice, though you do get to keep all your upgrades if you get a certain item on the way. I actually enjoyed it more going through the game a second time with more abilities than I did the first time through without many skills, but it is just making you play the same levels again with a few new enemies. Although you can warp between levels at any time you can’t actually 100% explore them until this second run through which seems needlessly restrictive and forcibly extending the life of the game. The in game map isn’t much help in this regard either. 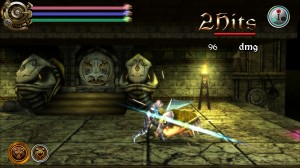 You can’t complain about a lack of content in AeternoBlade but you can about what’s there. The first playthrough took me close to ten hours (though I did try and explore areas more than maybe I should) and then you go through again to get the full story. Though it has its moments thanks to the time travel mechanic it can also be incredibly tedious, poorly paced and repetitive. It’s not terrible and with some upgrades the combat ends up serviceable but nothing is better than okay and a lot is worse.

AeternoBlade
5 Overall
Pros
+ Combat has more depth than you'd think + Decent length + Forgiving difficulty
Cons
- Sub-PS2 graphics, poor presentation in general - Camera is in too tight - Combat starts too bare bones - Level design can be dull
Summary
You can't complain about a lack of content in AeternoBlade but you can about what's there. Though it has its moments thanks to the time travel mechanic it can also be incredibly tedious, poorly paced and repetitive. It's not terrible and with some upgrades the combat ends up serviceable but nothing is better than okay and a lot is worse.