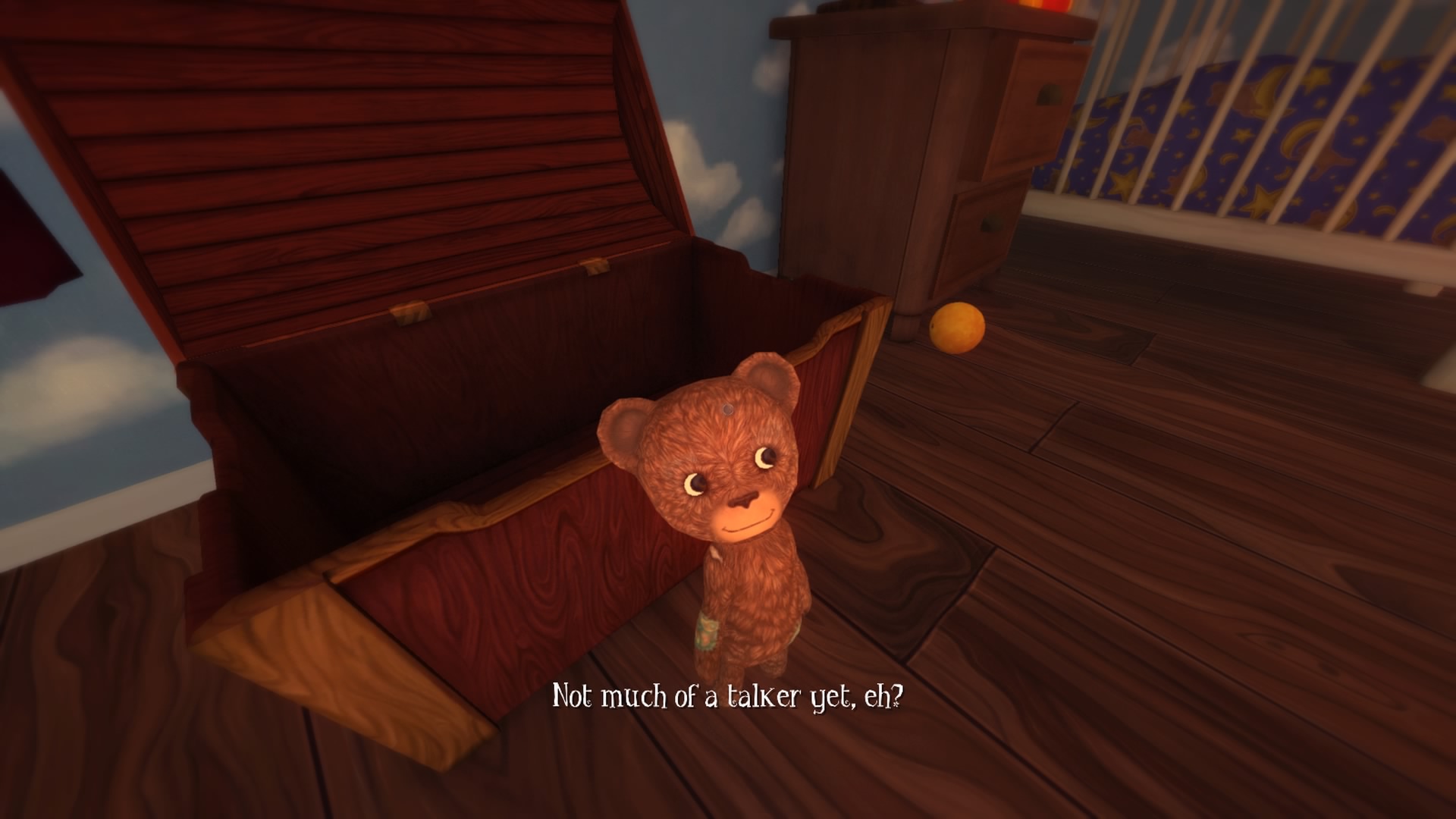 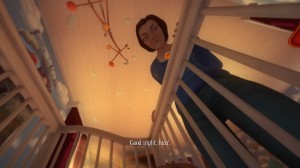 Childhood is meant to be the safest stage of your life, full of cuddles and smiles. By subverting this environment into the horror genre Killbrite Studio have touched on a great idea. There is no need to fall back on the staples of Zombies and limited resources, instead you are armed with a cuddly teddy bear and the ability to crawl at a rather remarkable pace.

Casting you as a child of around toddler age you’re tasked with solving the mystery presented to you through exploration and gentle puzzles. I wont be able to talk much about the mystery on offer here for want of spoiling it. But suffice to say the story is very compelling, and touches on subject matter not often covered in games.

Initially taking place within your house, things quickly take a surreal turn and you’ll be exploring disturbing locations which are twisted reflections of the real world. The areas are all well scripted allowing for some brilliant scare moments. Playing as a toddler your point of view is close to the ground, and some of the most effective scares are to be had using this conceit and based on looking up at tall objects placed within the world.

Throughout the game there is a malevolent force stalking you, taking the form of a kind of banshee. Should you be seen by this then your screen goes all blurry and if you can’t hide in time you’ll die. This enemy is present in each level, and whilst never posing too much of a threat, this leads to a general feeling of disquiet as you play. The lack of threat also extends into the puzzles, which are never more than nominally difficult. In fact there is no challenge to be had here at all, as such you’ll be seeing the closing credits after only a couple of hours. 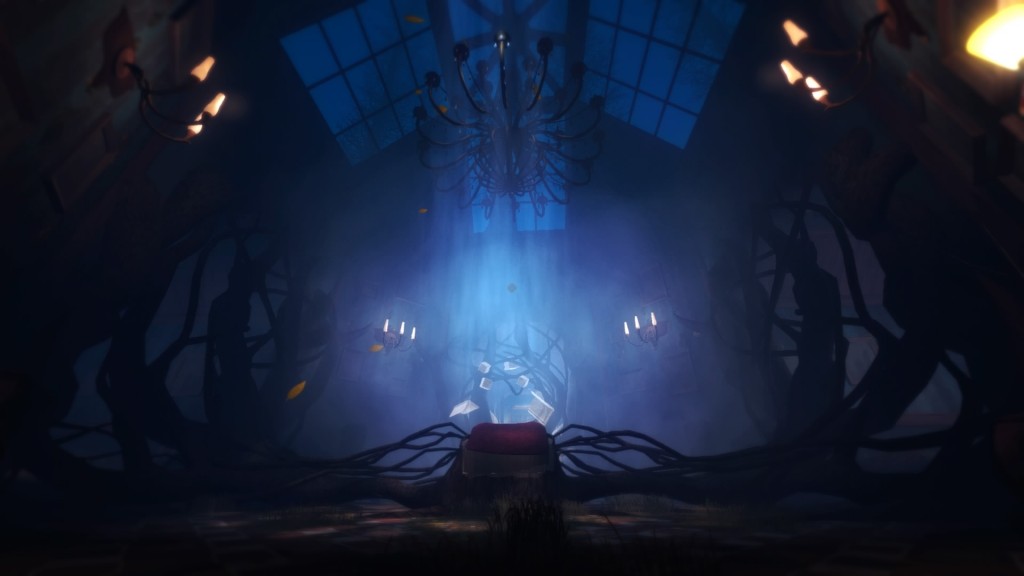 Tonally this game delivers in bucketfuls. The creepy lullaby music and the ambient creaks and groans really complement the shadowy locations and domestic setting. The use of shadow and light really make the environments look spooky. One of the greatest strengths of this game is way in which it makes mundane items appear spooky, just like the experience we’ve all had of seeing your dressing gown hung over your door in the middle of the night and not being certain that it isn’t also a monster. More than once I jumped whilst playing this, which considering it’s brevity is a pretty decent strike ratio.

In an effort to give the game some replay value there are collectables scattered throughout the game, and you can also turn on developers commentary. The commentary adds a nice bit of depth and did make me go back to have a listen. However the fact remains this is a short game.

Overall this is a game based around the atmosphere and story rather than any kind of challenge. That’s not to say it’s not enjoyable 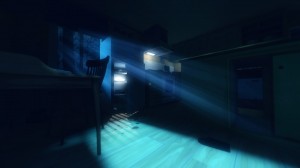 and there are many things to like about this game, from the neat touches of not being able to read the in game text, to the way the pause screen sees you covering your eyes with your hands.  Among the Sleep is a short narrative driven game which will leave a lasting memory, and have you checking the shadows in your bedroom.

Among The Sleep
7 Overall
Pros
+ Very atmospheric + Genuinely scary + A unique setting
Cons
- Very short - Limited replayability - Offers no real challenge
Summary
A scary toddler simulator which gives a nice spin on the walking simulator genre. Although it's pretty short the story it tells is genuinely scary and extremely atmospheric.